It's MLB Trade Deadline Day! Here's what you need to know 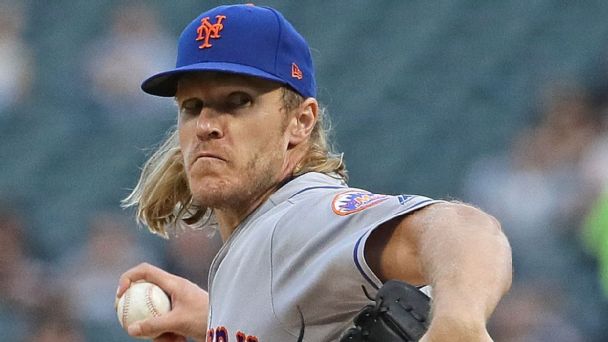 We got off to a slow start to the trade deadline, and then Marcus Stroman was traded to the New York Mets, and then we had the three-team blockbuster Tuesday night that sent Trevor Bauer to the Cincinnati Reds, Yasiel Puig, Franmil Reyes and Logan Allen to the Cleveland Indians and Taylor Trammell to the San Diego Padres. That was fun. What will happen before the MLB trade deadline arrives on Wednesday? Those two trades were certainly unpredictable, so maybe that foretells a crazy few hours before the 4 p.m. ET deadline hits. Here are some final questions to consider:

What will the Mets do?

With their playoff odds hovering below 10%, the Mets put a monkey wrench into the final days before the deadline when they acquired Stroman, one of the best starters available and who was presumably headed to a contender in a stronger position than the Mets. Instead, the Mets got him without giving up a top-100 prospect -- a trade many considered a great deal for the Mets.

Stroman is signed through next season, so the trade was sold as a rotation addition for 2020, but the Mets have remained on the fringes of the wild-card race, with five straight wins. They traded Jason Vargas, who was very good the past two months, for a catcher hitting .195 in Double-A. Where does that leave the Mets for Wednesday? They have four options:

This being the Mets, they'll probably try Option F. The unknown part of the Syndergaard equation: If the Mets are going for it in 2020, isn't their best chance of winning to ride a front three of Jacob deGrom, Syndergaard and Stroman? The same sort of applies to Diaz, while Wheeler is a free agent after this season and likely will be traded.

If the Mets flip Syndergaard for a package that can help in 2020, such a deal could involve a trade partner such as the Padres, who have MLB-ready talent and a deep farm system (though a report from USA Today's Bob Nightengale on Tuesday night said those talks are dormant). The Padres made the big deal on Tuesday, but they didn't get the controllable veteran starter they've been seeking to add to their rotation.

On the other hand, you can see the Astros' analytics department salivating about working with Syndergaard like it has in raising Gerrit Cole's game. (Suggestion No. 1: Syndergaard has allowed a .750 OPS on his four-seamer and an .860 OPS on his sinker, but he has thrown his sinker more often.) The Astros might be a tough match, however, as Forrest Whitley, who entered the season as the top pitching prospect in the game, has suffered through a lost season (10.97 ERA), and outfielder Kyle Tucker is a corner guy when the Mets need a center fielder. The Braves would be a match with all their young pitching, but an intra-division trade -- or one with the Yankees -- would seem unlikely.

With Stroman and Bauer off the market, Syndergaard's value has probably gone up, and it didn't hurt that he pitched one of his best games of the season on Tuesday, allowing one unearned run with 11 strikeouts in 7 innings against the White Sox. After the game, Syndergaard told reporters, "I think I'm staying put."

Prediction: Zack Wheeler to the Astros.

What does the Bauer trade do to the starting pitching market?

To get Bauer, the Reds gave up a top-30 prospect in Taylor Trammell, who is struggling at Double-A (.236/.350/.338) but has loud tools and defensive chops in center field. The Reds' playoff odds are at just 4.2%, so acquiring Bauer is more about aligning him with Luis Castillo and Sonny Gray for 2020 -- unless the Reds decide to flip him. At this point, don't rule anything out.

Who is looking for a starter? The Yankees ... the Astros ... maybe the Braves and Twins. One factor to consider is that this winter's free-agent market is thin outside of Cole and Bumgarner. That makes a pitcher such as Ray or Minor attractive given that both are under team control for another season. The Astros and Yankees are the teams most tied to Ray, and it appears the Diamondbacks are going to be sellers.

Prediction: Robbie Ray to the Yankees.

Will Bumgarner or Greinke get traded?

Hey, anything is possible. The rumor mill with Bumgarner keeps going back and forth, but Jeff Passan reported Tuesday that Bumgarner "remains available." The Giants' playoffs odds are slim -- just 6.2%, via FanGraphs -- but they're red-hot, he's a franchise icon and it's Bruce Bochy's final season. That's a lot of emotion tied into any Bumgarner trade, and as Buster Olney tweeted, the players have earned the right to give the postseason a shot. Heck, maybe the Giants just ride it out and end up re-signing him in the winter.

Greinke is even more complicated. He's still really good at 35 years old -- 10-4, 2.87 ERA, 128-18 strikeout-to-walk ratio -- but he's signed for two more seasons at a hefty $35 million per year. He also has a no-trade clause to 15 teams, reportedly including the Yankees. Any Greinke deal would likely include the Diamondbacks eating part of his salary to get some prospects in return.

Prediction: Bumgarner and Greinke are not traded.

What about the relief market?

We saw two relievers traded on Tuesday: The Cubs picked up David Phelps from the Blue Jays, and then Chris Martin went to the Braves from the Rangers, with Texas acquiring onetime top prospect Kolby Allard. That's not a bad return for a 33-year-old journeyman having the best four months of his career. Allard's star has lost some luster, but he's still just 21, so this trade sets a pretty high bar for some of the other relievers out there. Trade candidates include Sam Dyson and Will Smith of the Giants, Ken Giles of the Blue Jays (except he just had a cortisone shot for inflammation in his elbow), Mychal Givens of the Orioles and others. The two biggest questions: Will the Padres trade Kirby Yates (arguably the best closer in baseball right now), and will the Pirates trade hard-throwing lefty Felipe Vazquez (signed through 2023)?

Pretty much everyone needs bullpen help, so expect a lot of movement on the reliever front. The Nationals have a glaring need in front of Sean Doolittle, the Red Sox need a closer, the Twins could use some depth and the Dodgers need some setup help. Even the Yankees might look to add bullpen depth if they don't get a starting pitcher.

Who could be a surprise player who gets traded?

Whit Merrifield is a player every team could use because of his versatility and production. He's signed to a team-friendly contract that makes him even more valuable -- except he's 30 years old, and the Royals might not be good for a few years. This is how we get to this:

The Royals keep him, and everyone wonders why, since they're a bad team.

They trade him, and everyone complains that they just traded away their best player on a good contract and bad teams don't care and baseball has a tanking problem. 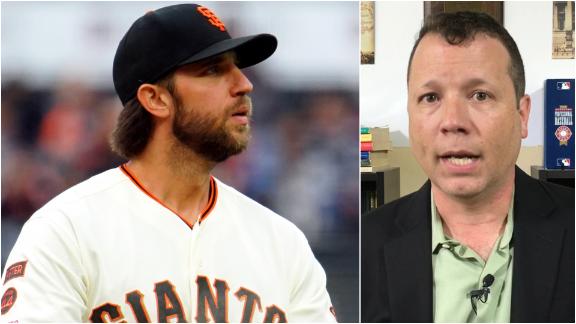 Astros can contend without Bumgarner
Jeff Passan and Keith Law discuss the Astros' potential interest in acquiring another starter, such as Madison Bumgarner. 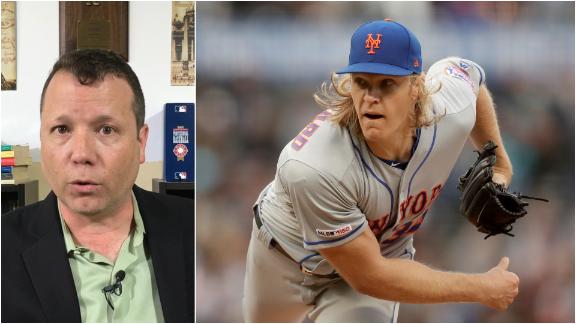