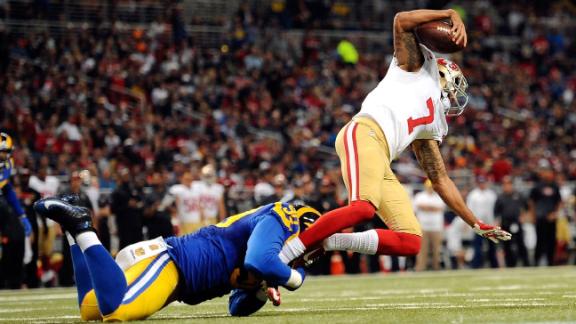 ESPN
By Paul Gutierrez
SANTA CLARA, Calif. -- After weeks of being steadfast in his endorsement of Colin Kaepernick as his starting quarterback, San Francisco 49ers coach Jim Tomsula was not so definitive in his support in the wake of his team's 27-6 loss to the St. Louis Rams.

"We're evaluating everything right now," Tomsula said Monday in his weekly media conference when asked whether a decision had been made yet on who the Niners' QB would be Sunday against the Atlanta Falcons.

"We're in the middle of it right now. I don't have any comments on any position on our field right now. We are evaluating everybody."

Tomsula was reminded of his previous unequivocal support for Kaepernick and that not being so supportive now might come across as the exact opposite.

Kaepernick completed 20 of 41 passes for 162 yards and was sacked three times while rushing for a team-high 28 yards on six carries against the Rams. But he was just 1-of-8 on passes thrown at least 15 yards downfield, with five off-target throws, according to ESPN Stats & Info, and the Rams had allowed opponents to complete 54 percent of deep throws, the second-highest such mark in the NFL.

He also did not see an uncovered Torrey Smith on the left sideline two snaps before the Niners were stuffed for a safety.

"Not looking for excuses," Tomsula said.

The Niners have the 32nd-ranked offense in the NFL, have scored the fewest points in the league and have not scored a touchdown in eight quarters.

Kaepernick, whose 78.8 passer rating is 28th in the league, was asked after the game about the possibility of the Niners making a switch at quarterback.

"To me, I'm doing everything I can to win games," he said. "Whether they make that change or not is their decision. But I'll give this team everything I have every week."

If a change is made to installGabbert as the starter, it would presumably have to made earlier in the week to install the offense for a player with a different skill set.

"We'll make those decisions when we've got those things done on every position," Tomsula said. "Every position. 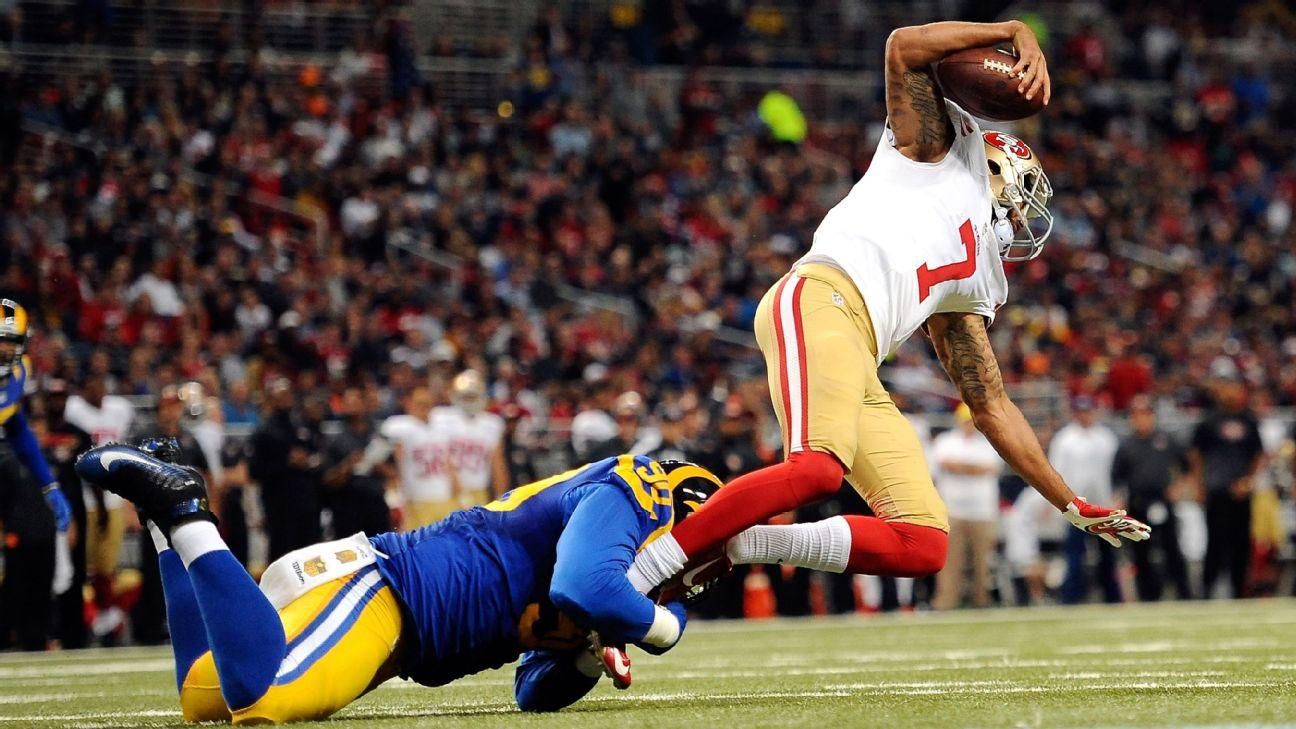