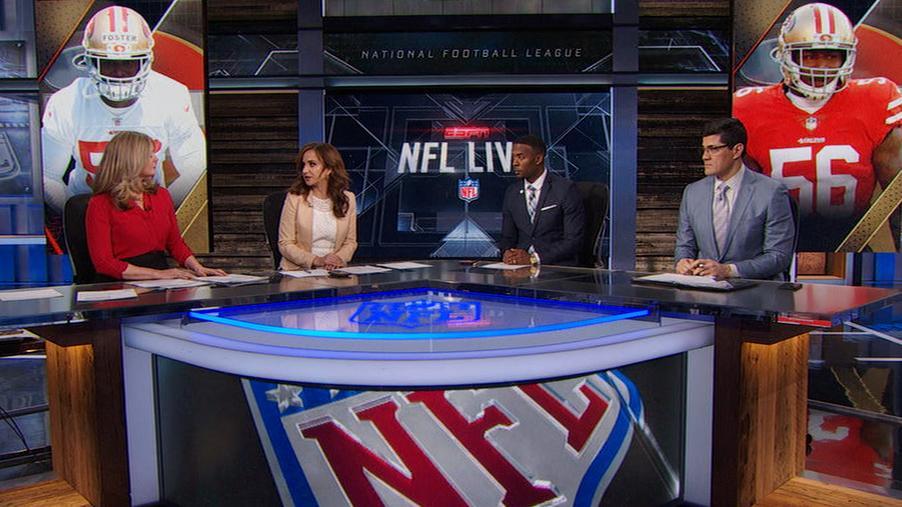 San Francisco 49ers general manager John Lynch addressed Reuben Foster's Feb. 11 arrest for the first time Wednesday and dismissed speculation the linebacker was being treated differently by the team because of his talent.

Foster was arrested earlier this month on charges related to domestic violence, threats and possession of an assault weapon, the second time he had been arrested in a span of a month.

Lynch told Bay Area reporters at the scouting combine in Indianapolis that the team has followed all the protocols required by law enforcement and the NFL.

"We've been a little quiet and that's for a reason," Lynch said, according to the team's website. "There are certain places that I can't and won't go, because we're dealing with an ongoing legal matter."

In contrast to Foster, cornerback Tramaine Brock was arrested on suspicion of felony domestic violence last April and released the next day.

"Listen, I know there's a lot of conjecture as to, 'Well, of course Brock wasn't the player that Reuben is.'" Lynch told reporters, according to The Sacramento Bee. "I would counter to say that he was a starting cornerback for us. And we didn't take that lightly."

Lynch added: "It was the decision that we felt was best for everyone involved and made it accordingly. And as I mentioned, each situation is different and we'll leave it at that."

Charges against Brock were filed in June but dropped in August because of insufficient evidence.

The Santa Clara County District Attorney hasn't decided yet whether Foster will be charged in connection with his Feb. 11 arrest.

That arrest came on the heels of a Jan. 12 incident in Tuscaloosa, Alabama, where he was charged with second-degree marijuana possession, a Class A misdemeanor in Alabama.

Lynch told reporters that the 49ers will take Foster's legal troubles into account when they approach free agency and the draft.

On Thursday, 49ers coachKyle Shanahan said Foster needs to learn how to do things the right way and addressed the possibility of the linebacker being suspended.

"Any time that stuff does come out, you're subject to be suspended from the league. So any time that starts happening, regardless of what they decide, that's always a risk," Shanahan said. "So we're very well aware of that, and we have to take that into account. He has put us in a tough situation. Hopefully it works out for all sides. But that is realistic."

The 49ers met with Foster after his arrest and while Lynch wouldn't get into details about his conversation with the linebacker, he did say the team made clear what the expectations were for its players.

"The context, in a broad sense, of what we discussed with Reuben, is just our expectations for him and our expectations for all of our players," Lynch said, according to The San Jose Mercury News. "We have a high standard. I think we made that very clear. We remain in communication, but a lot of that's gonna remain private between us because of a lot of things such as the ongoing legal matter and protocols that are in place."

After being selected No. 31 overall by the 49ers in last year's draft, Foster was second on the team in tackles with 72 in 10 games. 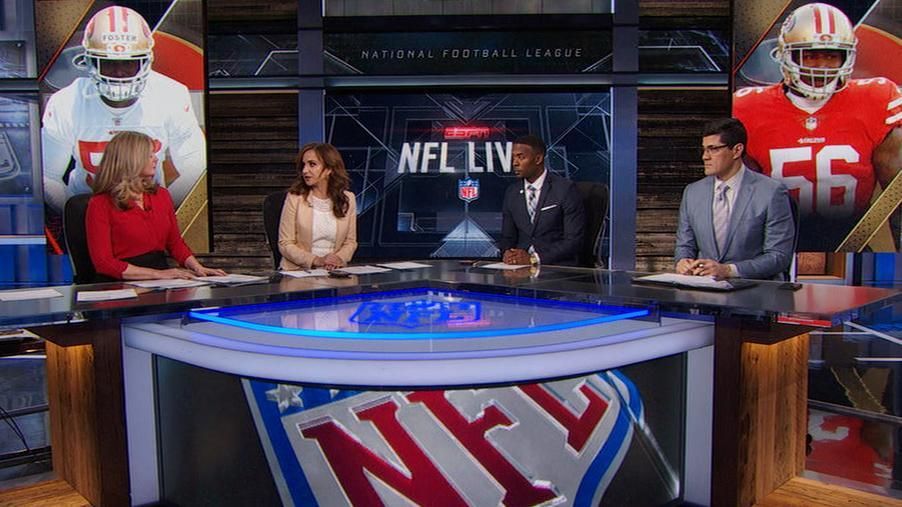