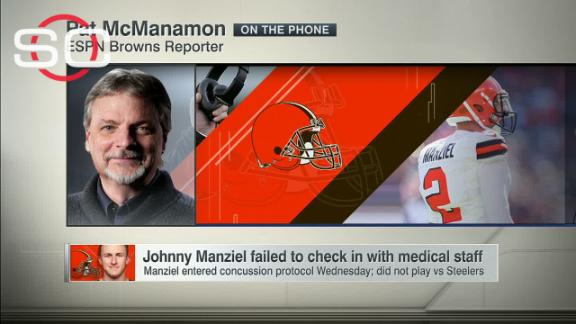 Browns quarterback Johnny Manziel failed to check in with medical staff Sunday morning at the team's facility, as players with concussions are required to do, team owner Jimmy Haslam said Sunday night.

Haslam said he did not know if Manziel had been in Las Vegas, after rumors surfaced Saturday night that Manziel was seen at a casino.

"I haven't seen Johnny and I'm not sure if those reports are accurate or not," Haslam said. "As I've told you, we expect a lot out of players on the field, and I'll just leave it at that."

But a Browns executive tells ESPN's Adam Schefter that after looking into the rumors, the team believes that Manziel was not there.

Another source familiar with the situation told Schefter, "Obviously, there's been some miscommunication as to what concussed players' schedules and requirements are."

Manziel was not required to be at the Browns' season-ending game against Pittsburgh, but his missed treatment and his off-field behavior the past month has not endeared him to the team.

Haslam said that any decision on Manziel's future with the team would be made by executive vice president Sashi Brown and the team's new general manager. The Browns fired GM Ray Farmer and head coach Mike Pettine after Sunday's season-ending loss in Pittsburgh.Haslam said the owner clearly would have an opinion, but he didn't think this was the right time to express it.

He later said the team's quarterback play had been "OK" this season, and added: "We do have the second pick in the draft."

Pettine, asked in his final postgame news conference if Manziel had been in Las Vegas, said: "I don't know. I wasn't," but later added that if the rumors were true, "it would be disappointing."

Pettine added that a player in the protocol is not required to travel with the team. "They can be in the stadium, but they're not required," said Pettine. "They're not permitted to be on the sideline." 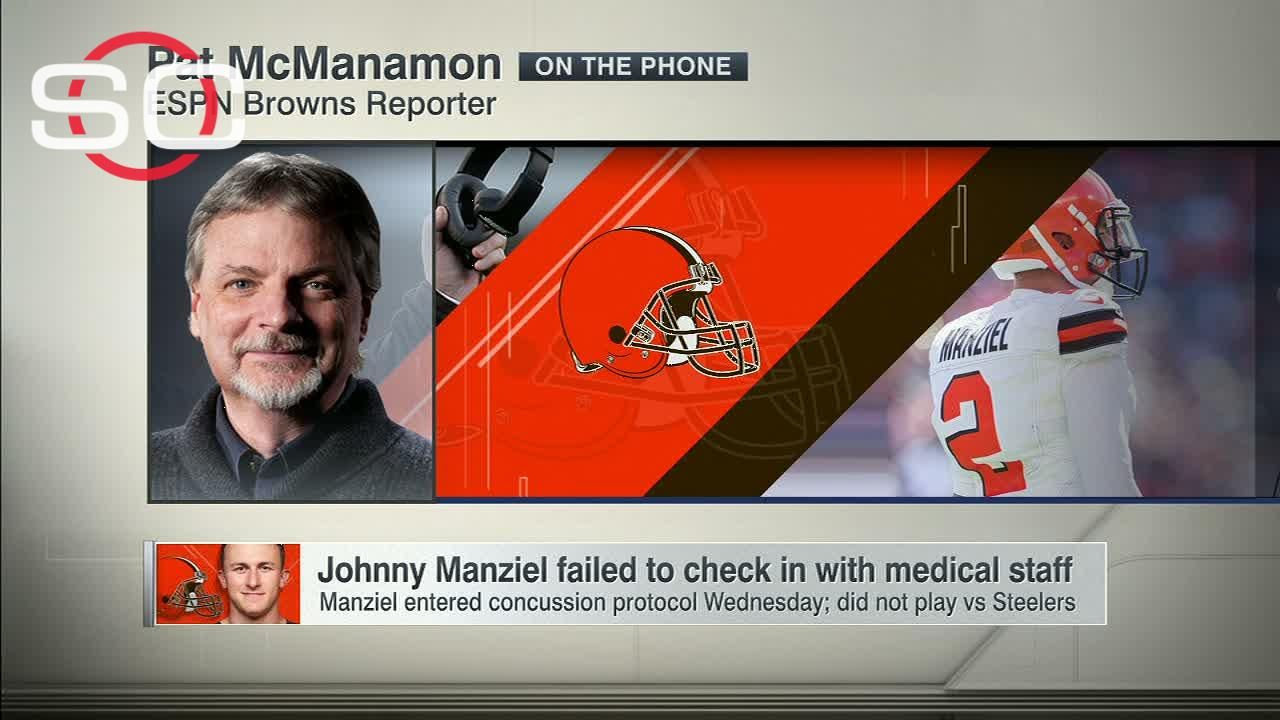