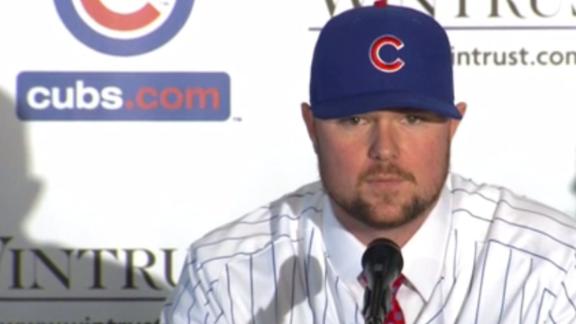 CHICAGO -- Jon Lester says he believes in the Chicago Cubs' plan and is ready to try to help bring them their first championship since 1908.

A three-time All-Star who won two World Series with Boston, he was introduced at a news conference on Monday and presented Kerry Wood's old No. 34.

Lester agreed to a $155 million, six-year contract with the Cubs at the winter meetings last week that set baseball records for largest signing bonus and biggest upfront payment.

Cubs president of baseball operations Theo Epstein says this "really marks the start of a transition for the Cubs."

A total of 1,686 players have appeared for the Cubs since their Orval Overall retired Detroit's Boss Schmidt for the final out of the 1908 World Series, according to STATS, and all have failed to bring another title to the North Side.

Lester hopes he and a promising core of young players can end the slide along with manager Joe Maddon, who left Tampa Bay for a $25 million, five-year contract with the Cubs.

Lester, who turns 31 next month, was dealt by the Red Sox to Oakland at the trade deadline in July and helped the A's reach the playoffs for the third straight year before a 9-8, 12-inning loss to Kansas City in the AL wild-card game. He went 16-11 with a career-best 2.46 ERA and 220 strikeouts last season and is 116-67 with a 3.58 ERA in nine big league seasons.

He also had been sought by the Red Sox, World Series champion San Francisco and the Los Angeles Dodgers.

Lester is headed to a team that hasn't made the playoffs since 2008, but he knows Epstein and general manager Jed Hoyer from their time together in Boston.

Besides landing Lester, the Cubs agreed to a $20 million, two-year contract with pitcher Jason Hammel last week after trading him to Oakland in July. They also acquired two-time All-Star catcher Miguel Montero from the Arizona Diamondbacks. 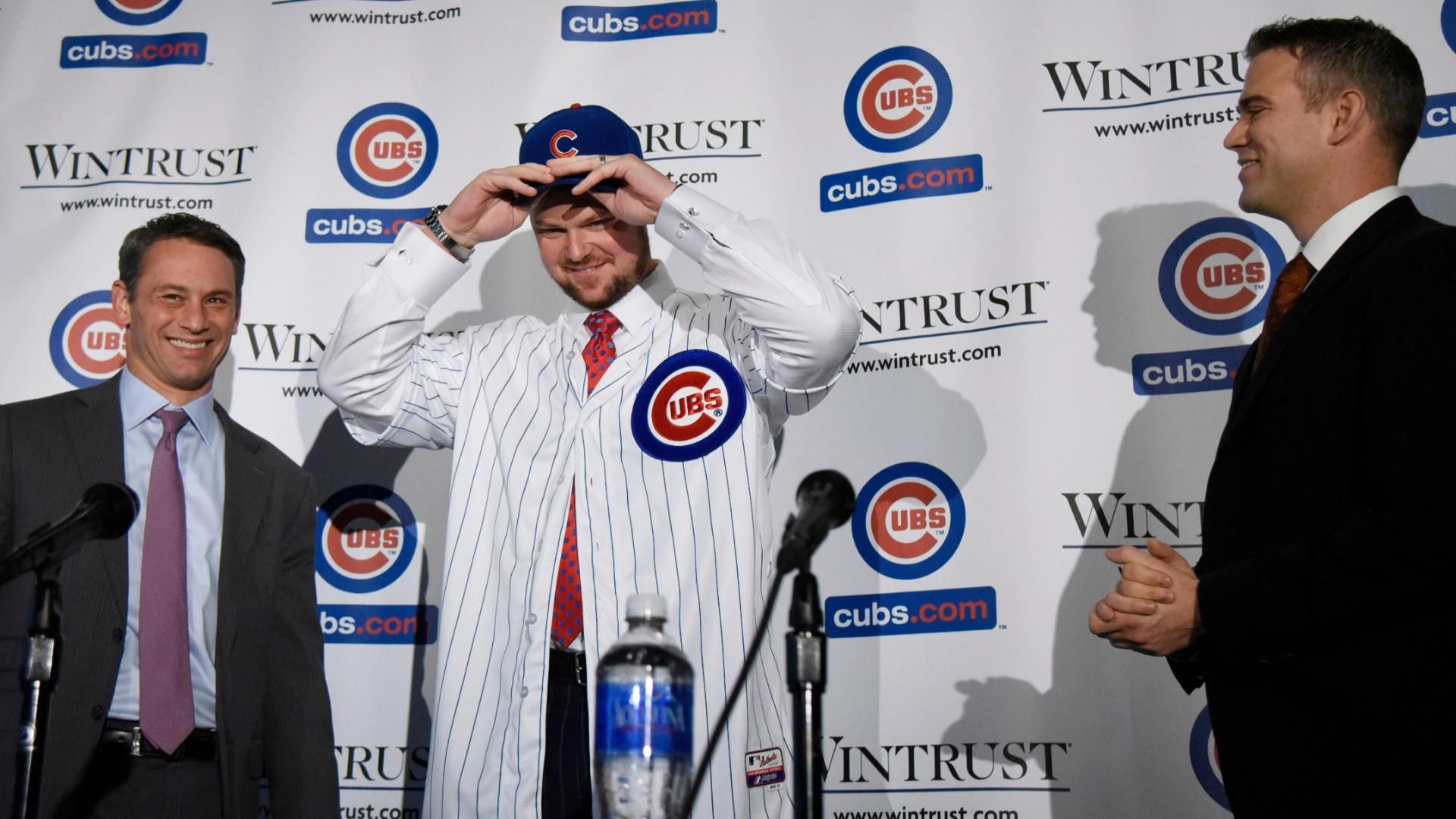