Jonathan Papelbon expected to pick next team within 24 hours 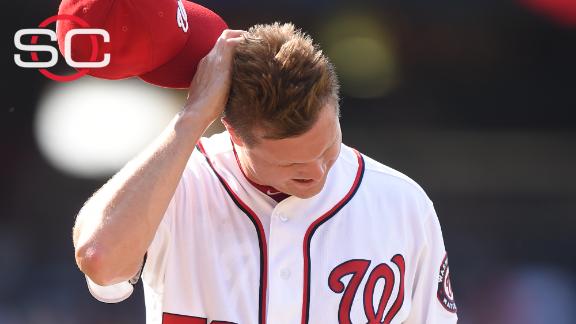 Veteran reliever Jonathan Papelbon is drawing "strong interest" from multiple clubs and expects to make a decision on his next team within 24 hours, a source told ESPN.com Tuesday.

Papelbon, 35, became a free agent Saturday when the Washington Nationals released him at his request. Papelbon lost the closer's job in Washington in late July when the Nationals acquired Mark Melancon from Pittsburgh in a trade, and the Nationals were reportedly planning to designate him for assignment when he asked for his release.

The Boston Red Sox and Chicago Cubs have been mentioned in speculation as two potential Papelbon suitors. Papelbon broke into the majors with Boston in 2005 and saved 219 games and made four American League All-Star Games in seven seasons with the Red Sox.

"He is crazy," Lester said with a smile. "But he's no crazier than the rest of us. He just gets a bad rap for what happened in the dugout. Knowing Papelbon, I've always had good things to say about him as a teammate, how he respects the game and how he goes about his business."

Papelbon ranks ninth in MLB history with 368 career saves over 12 seasons with the Red Sox, Philadelphia Phillies and the Nationals. He was 2-4 with a 4.37 ERA and 19 saves in 37 appearances with Washington this season.