Josh Gordon will return to practice 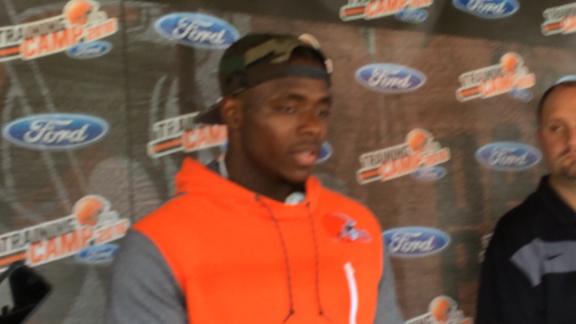 BEREA, Ohio -- Josh Gordon will return to practice for the Cleveland Browns on Tuesday.

It will mark the talented but troubled receiver's first practice since he was reinstated from a one-year suspension on July 25. Gordon reported after the reinstatement with a quad injury, which sidelined him for two weeks.

Gordon missed the 2015 season for multiple violations of the NFL and NFLPA's substance-abuse policy. He will be suspended for the first four games of the upcoming season.

"There's been a process that we've put in place to get [Gordon] to where he needs to be overall, not just the conditioning, not just this or that," Browns coach Hue Jackson said Monday. "It's encompassing everything to make sure that when he is out here, he's out here for the time he's here -- obviously, we know he won't be around for the first four weeks -- and then making sure that after that time he'll be where he needs to be when he's able to get back."

Jackson said it was "to be determined" if Gordon would play in Thursday night's preseason game against the Atlanta Falcons.

In addition to the 2015 suspension, Gordon also was suspended the first 10 games of the 2014 season by the NFL, and the season finale by the team. He led the league with 1,646 receiving yards in 2013 despite being suspended for the first two games of the season.