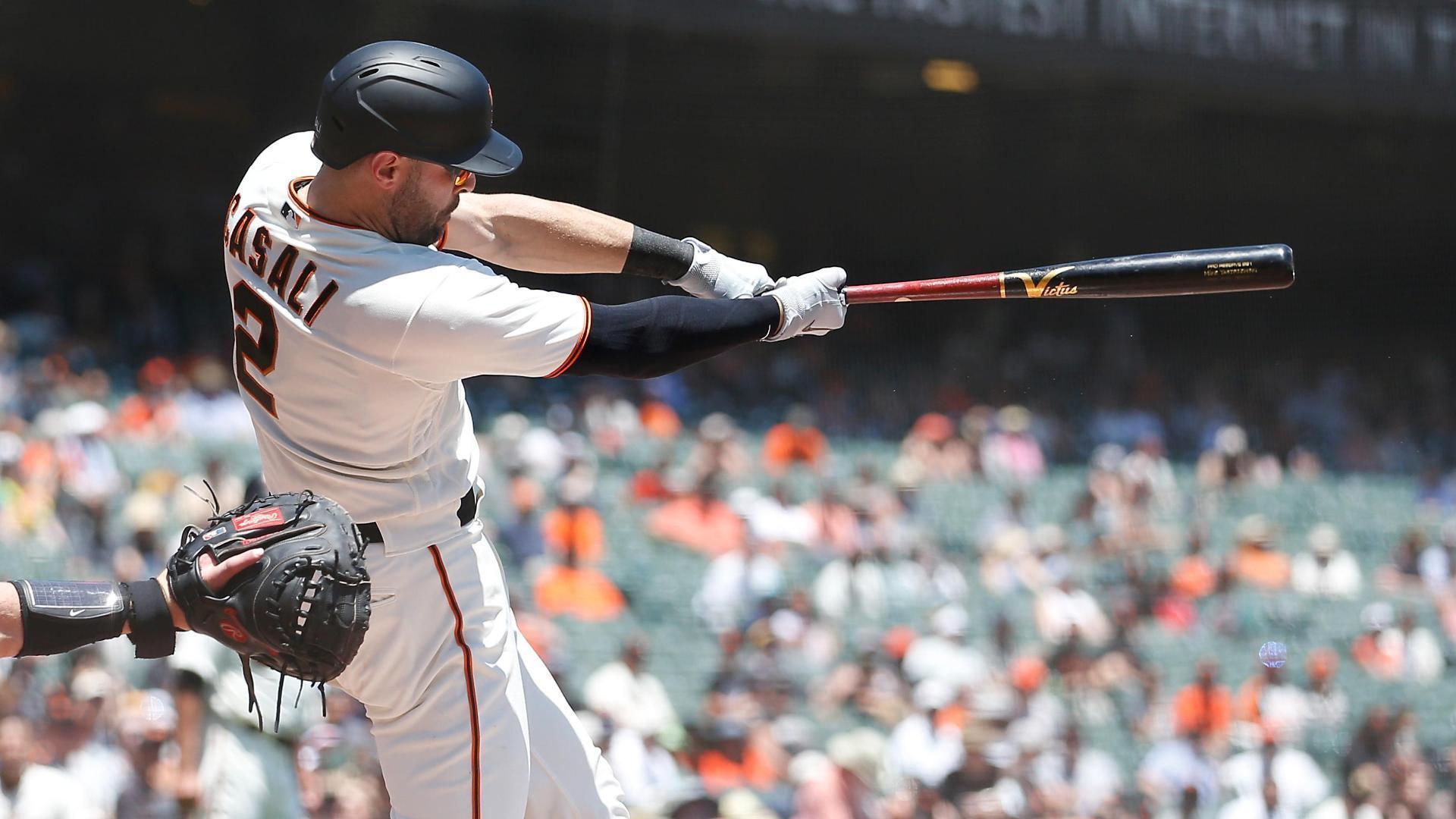 SAN FRANCISCO -- - Occasionally, the Arizona players glanced up at the Oracle Park scoreboard in center field. It told a most familiar, gloomy story.

The Diamondbacks made dubious history, setting a major league record with their 23rd straight road loss in getting trounced by the San Francisco Giants 10-3 Thursday.


"It's nothing we're proud of," manager Torey Lovullo said. "It's been an extended period of time. It weighs on you. It's heavy."

The dejected D-backs trudged off the field and quietly made their way back to the visiting clubhouse following the final out, breaking a tie with the 1963 Mets and '43 Philadelphia Athletics for road futility.

Held to just a single through six innings - and that lone hit came off the bat of pitcher Zac Gallen - Arizona fell behind 6-0. The Diamondbacks went feebly, helpless to stop this runaway train of despair that began nearly two months ago.

"Obviously, the mood is unhappy," Gallen said. "Guys are definitely not satisfied with the way they're playing. I don't know anybody in their right mind who would be."

The MLB mark felt almost inevitable after Tuesday's collapse, which saw Arizona blow a 7-0 lead in an anguishing 9-8 loss to the Giants.

"I lay in bed at night thinking about different things," Lovullo revealed. "Sometimes I'm up until 3, 4 o'clock in the morning trying to put the pieces of this puzzle together in my own head. It's tough. It's very challenging."

The Diamondbacks' only consolation coming off this four-game sweep: They don't play again on the road until June 25 at San Diego, exactly two months to the day since their last road victory. Then again, Arizona isn't scheduled for a road game against a sub-.500 team until July 27 at Texas.

Plus this: The Diamondbacks aren't the only team struggling away from home. Baltimore lost its 19th straight road game Thursday, also falling by the same 10-3 score at Cleveland.


Arizona's last road win came April 25 at Atlanta, when Madison Bumgarner pitched a seven-inning no-hitter to complete a doubleheader sweep. At that point, the Diamonbacks were a solid 9-8 away from Chase Field, with no signs of the trouble ahead.

Since then, the Diamondbacks have been swept on the road by the Marlins, Mets, Dodgers, Rockies, Brewers, Athletics and Giants.

The 1963 Mets and '43 Athletics, incidentally, were both guided by Hall of Fame managers toward the end of their tenures. Casey Stengel turned 73 on the day the Mets ended their slide, while Connie Mack was 80 while Philadelphia skidded.

"We've got to find a way to go out and, before the next road trip, win a baseball game tomorrow," Lovullo said. "That's my focus and that will be the focus of everybody else, too."

Gallen (1-2) allowed four earned runs in 2 2/3 innings in his first start back from a sprained pitching elbow. The right-hander also recorded Arizona's first hit of the afternoon, a third-inning single off Giants starter Kevin Gausman.

Gausman (8-1) limited the D-backs to two runs on four hits in eight masterful innings. The right-hander struck out six and walked one.

Curt Casali homered and drove in four runs for San Francisco, finishing a double shy of the cycle. Steven Duggar went 3 for 3 with an RBI double and Mauricio Dubón and Mike Yastrzemski drove in two runs each as the Giants improved the best record in the majors to 44-25.

Casali's two-run drive off opened the scoring in the second inning. The Giants catcher legged out his first career triple in the fifth inning, scoring Brandon Belt to make it 6-0. Casali added an RBI single in the seventh.

Giants OF Alex Dickerson (strained upper back) is expected to return Saturday when he's eligible to come off the 10-day injured list. "I would expect him to be in the lineup Saturday," manager Gabe Kapler said. "That's not set in stone but that's my expectation right now." ... INF/OF Darin Ruf could also be activated as early as this weekend. He has been on the IL since May 27 with a strained right hamstring.

The Diamondbacks activated Gallen from the IL before Thursday's game and optioned RHP Humberto Castellanos to Triple-A Reno.

Giants: RHP Johnny Cueto (4-3, 4.00) opens a three-game series against the Phillies. Cueto is 1-5 lifetime against Philadelphia.