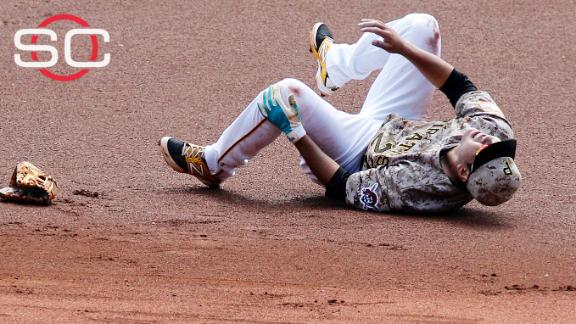 PITTSBURGH -- Pirates rookie shortstop Jung Ho Kang suffered a broken left leg and torn knee ligament in Thursday's 9-6 loss to the Chicago Cubsand will miss the rest of the regular season and postseason.

Kang underwent surgery Thursday night at Allegheny General Hospital to repair a torn left lateral meniscus and fractured tibia, the result of a takeout slide at second base byChris Coghlan. The Piratessaid Kang isexpected to be out six to eight months, meaning he could miss the start of the 2016 season.

Kang was helped off the field by two members of the training staff and replaced by Jordy MercerafterCoghlanslid into him while unsuccessfully trying to break up a double play.

"It's an unfortunate circumstance," Coghlan said. "I hate that he's hurt. I really do. I sent him over a letter. I hope he's OK."

Coghlan, involved in a similar sequence that injured former Tampa Bay infielder Akinori Iwamura in 2009, added, "You never want to injure anybody. At the same time, you have to play the game hard."

Kang declined to place blame on Coghlan in a statement released through agent Alan Nero.

"It is unfortunate that what would be considered heads up baseball would cause such a serious injury," Kang said. "That said, Coghlan was playing the game the way it should be played. I'm confident he meant me no harm. I appreciate everyone's support."

The news made headlines in Kang's home country. News1, a Korean news organization, described Coghlan's slide as a "murderous tackle."

Kang, the first position player to directly make the jump from the Korean Baseball Organization to the majors, hit .287 with 15 home runs and 58 RBIs in 126 games for Pittsburgh, which leads the Cubs by two games in the chase for the top NL wild card.

Pittsburgh won the rights to sign Kang during the offseason and he agreed to a four-year, $11 million contract. After a slow start, he quickly rediscovered the stroke that helped him become MVP of the KBO in 2014, when he mashed 40 homers.

Information from ESPNChicago.com's Jesse Rogers and The Associated Press was used in this report.

Jung Ho Kang out for season
Buster Olney discusses the impact Jung Ho Kang's absence will have on the Pirates. 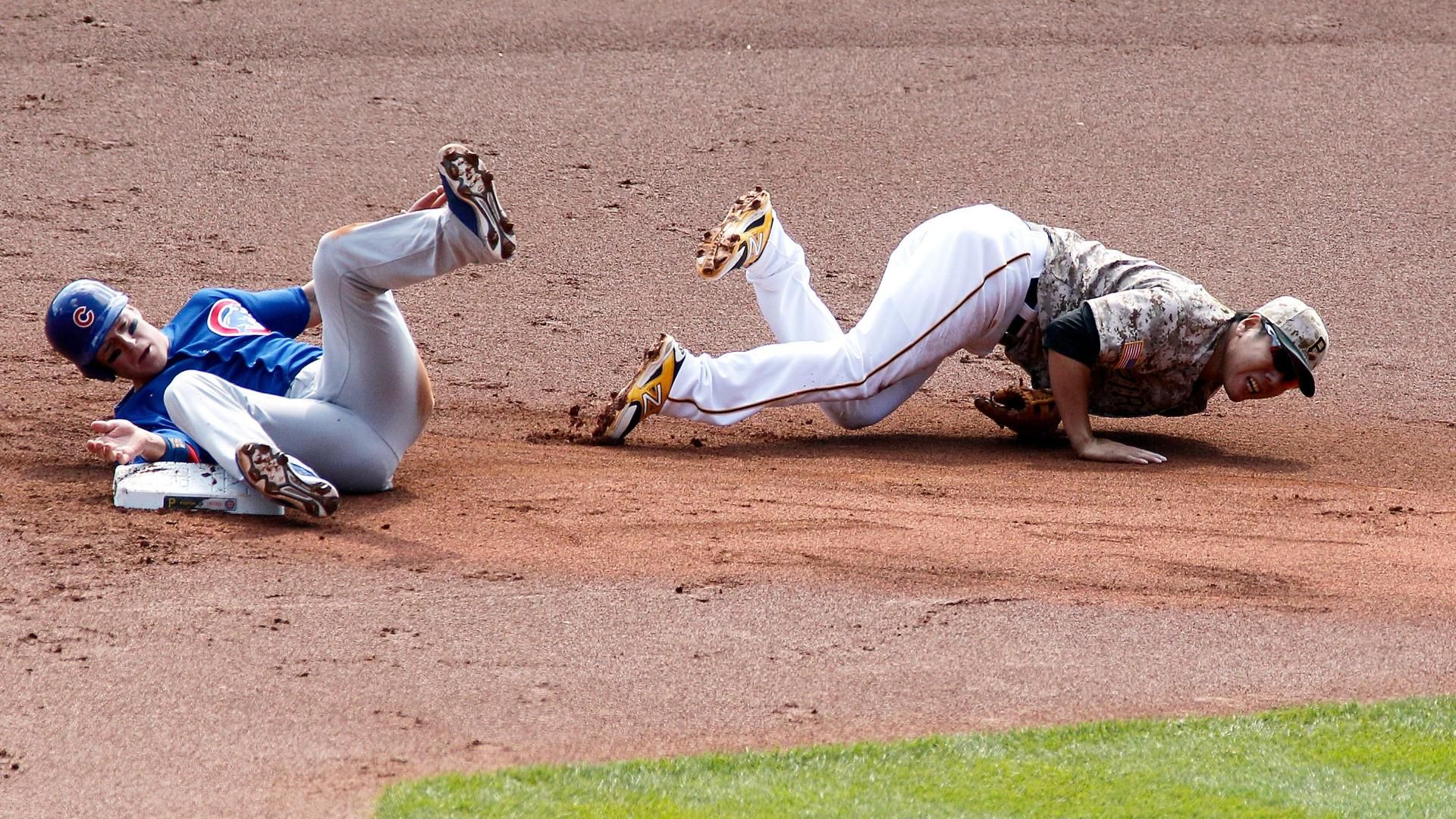