Kahlil McKenzie, son of Raiders GM, drafted by Chiefs in 6th round 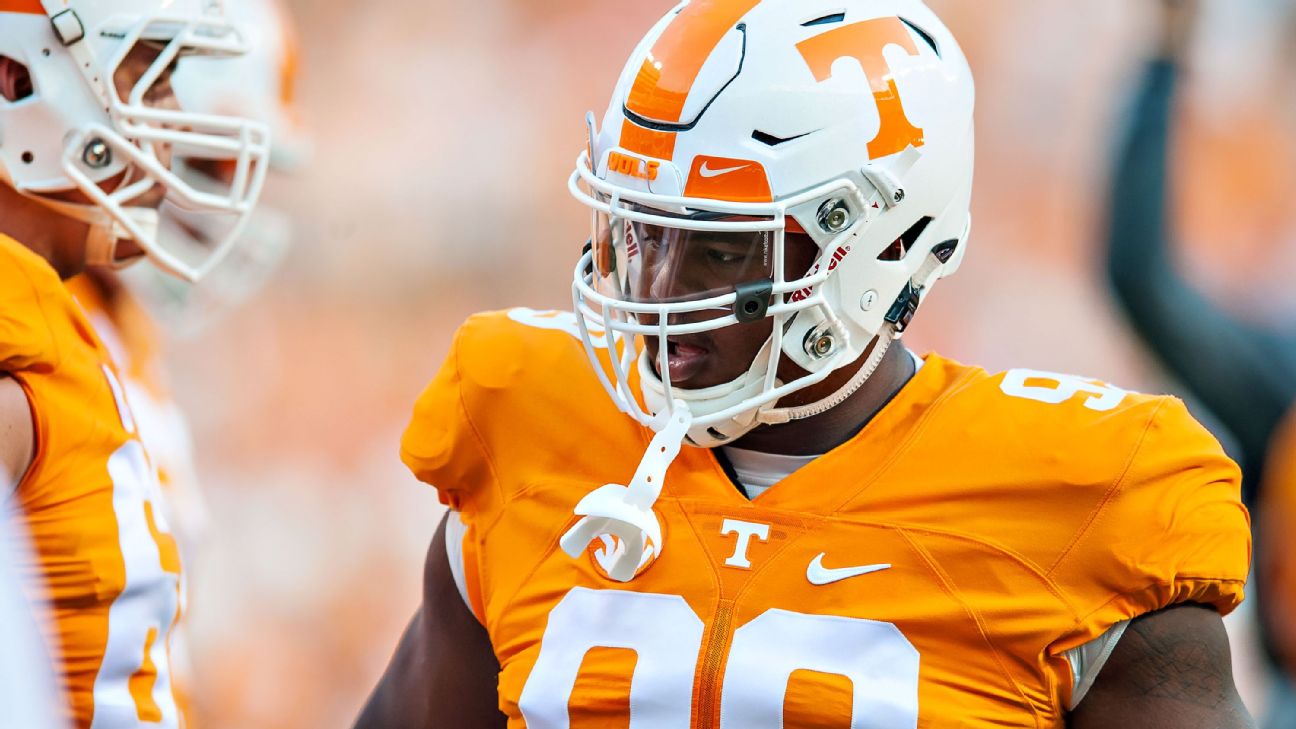 KANSAS CITY, Mo. --Kahlil McKenzie had been a member of the Kansas City Chiefsfor only a few minutes Saturday when he started with the trash talk with his father, Oakland Raiders general manager Reggie McKenzie.

The Chiefs drafted McKenzie out of Tennessee in the sixth round. He was a defensive lineman in college, but the Chiefs said they will move him to guard.

McKenzie said that decision pleased his father, a former linebacker for the Raiders. Reggie's twin brother, Raleigh, had a 16-year NFL career as an offensive lineman with four NFL teams.

Kahlil did some offensive line drills at his pro day at Tennessee at the request of some NFL teams, including the Chiefs.

"He had a sly little smile on his face,'' Kahlil said of his father. "I told him, 'It's a conspiracy. This is you. You did this.' He always wanted me to play offensive line. He was happy to see me play offensive line and said that I moved really well doing it. He said I looked like an offensive lineman doing those drills.''

Reggie's eyes welled with tears when talking about what it was like seeing his son drafted.

"I'm proud of him, and I told him that. I told him, 'We take you, we're going to put you on the offensive line, too,'" Reggie said.

The elder McKenzie said he received a text from former Raiders standout Charles Woodson once Kahlil's selection by the Chiefs was announced.

"He told me, 'Your son has to retire. There's no way he's going to put that red helmet on his head.' Part of me felt that way," Reggie said. "But in all seriousness, it's a good opportunity for him, and I was hoping he would land in a spot that would kind of grow him to that position.

"He can play D-tackle, but I think he probably could be special on the offensive line. And that's where we wanted to play him."