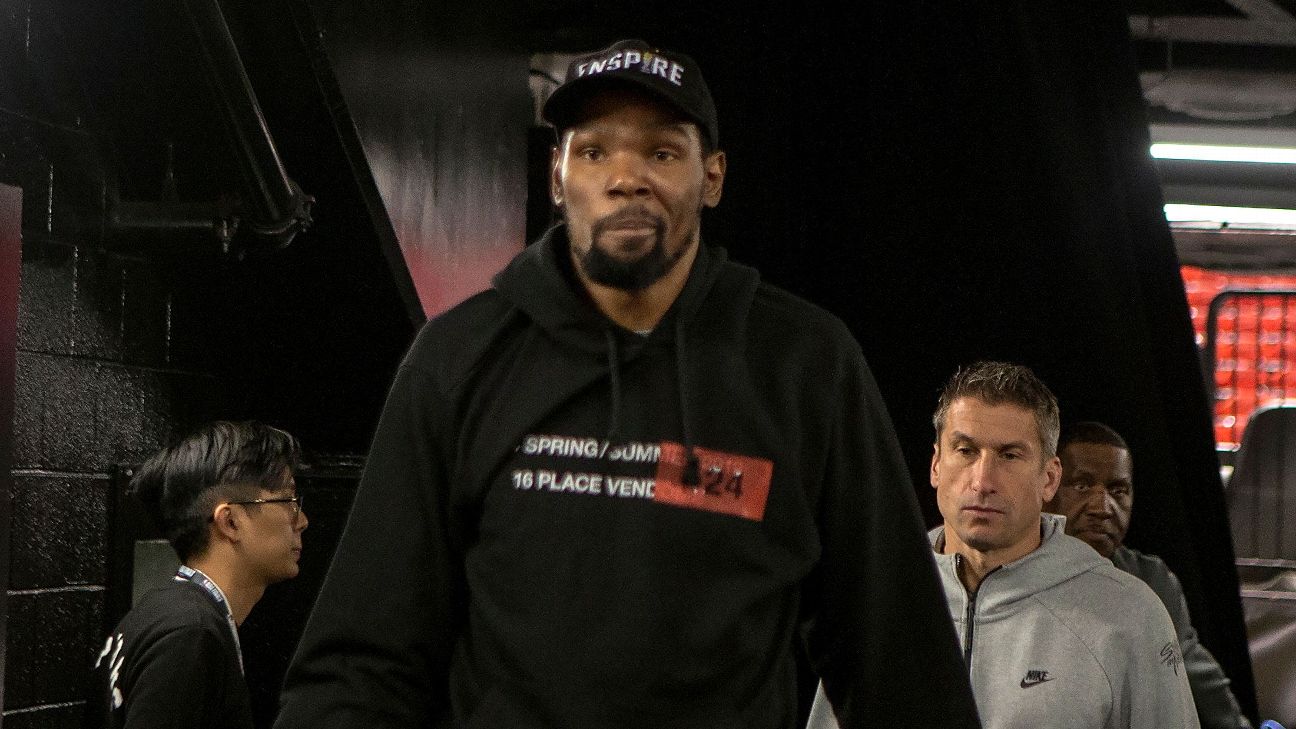 With Kevin Durant reportedly planning to play, the Golden State Warriors have gone from underdogs to favorites at some sportsbooks in the hours leading up to tipoff of Game 5 of the NBA Finals.

The Toronto Raptors, who hold a 3-1 lead in the series, opened as high as 3.5-point favorites in what could be a clinching Game 5. The line started shrinking Sunday, when it was announced Durant would practice with the Warriors. On Monday afternoon, ESPN's Adrian Wojnarowski reported that Durant plans to play, and the point spread continued to drop.

Caesars Sportsbook, as well as other sportsbooks in Las Vegas and New Jersey, have made the Warriors 1-point favorites.

"The money on the Warriors started coming in on Sunday morning," Jeff Stoneback, director of risk for MGM race and sports, told ESPN. "It really hasn't stopped. It's one of those times when the public and the sharp guys are on the same side."

Durant injured his calf on May 9 in Game 5 of the Warriors' playoff series against the Houston Rockets. He has not played in a game since. Without him, Golden State has dropped three of four to the Raptors and is now facing elimination.

The action was more evenly distributed at other sportsbooks. At Caesars Sportsbook, for example, 51.1 percent of the point-spread bets were on Toronto.

Durant is 25-1 to win Finals MVP at DraftKings sportsbook in New Jersey. The Raptors' Kawhi Leonard, at -500, is the favorite to win MVP. 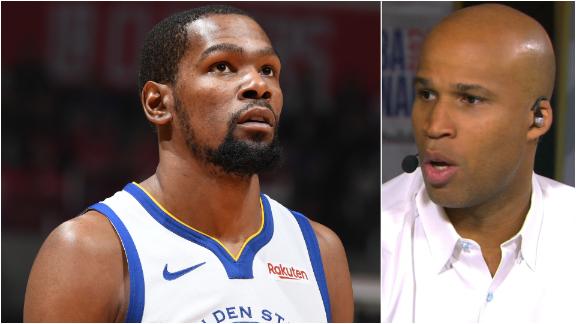 Jefferson: KD having no minutes restriction is everything for Warriors
Richard Jefferson and Channing Frye agree that Kevin Durant will make a difference for the Warriors so winning Game 5 will be key for the Raptors.
Report a correction or typo
Related topics:
sportsespntoronto raptorsgolden state warriorsnews chalkkevin durantnba
Copyright © 2020 ESPN Internet Ventures. All rights reserved.
More Videos
From CNN Newsource affiliates
TOP STORIES