Many neighbors living along the race route say this year, police were cracking down on drinking and rowdy behavior.

Sky7 HD captured the start of the world's most unusual footrace, with at least 40,000 runners turning out for the 12 kilometer race. 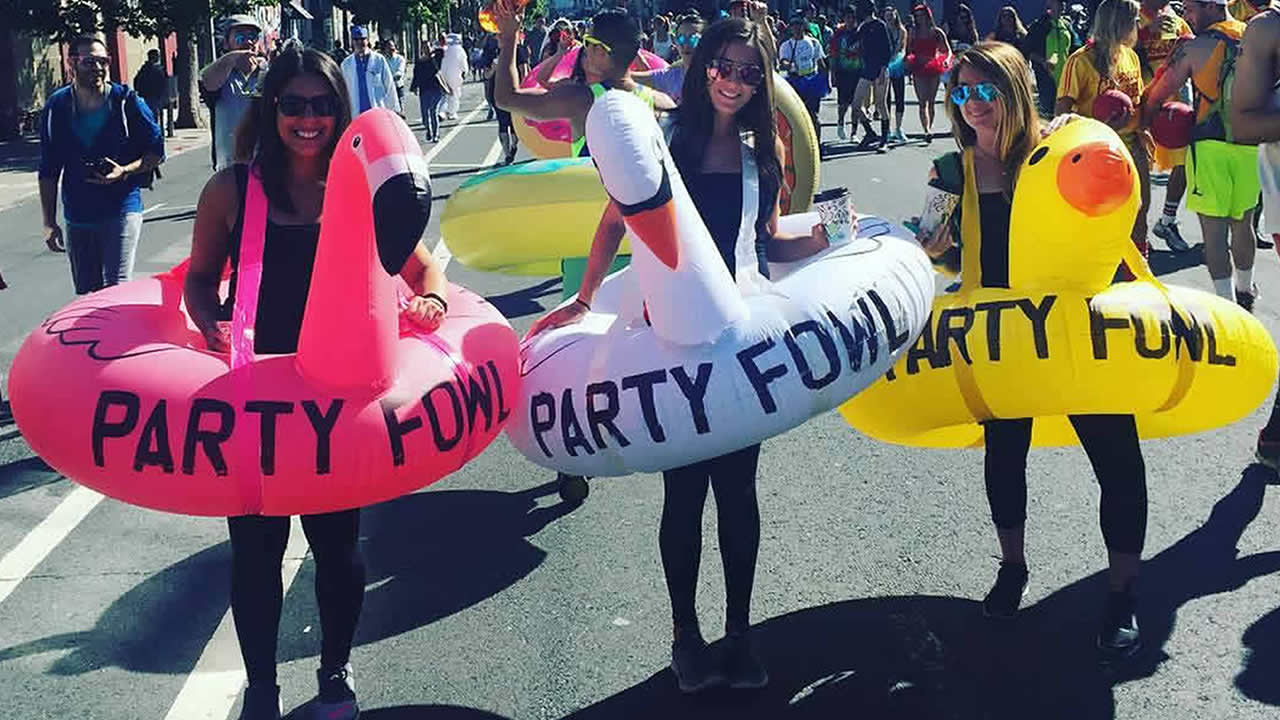 Kenya's Isaac Mukundi Mwangi, 28, was the first racer to cross the finish line. "Two miles before the finish line, that was the toughest part," Mukundi said.

Mwangi was last year's winner. "It was very tough," said Mwangi, who finished with a time of 35:23. "I was here to defend my title."

The female winner was Caroline Chepkoech, also from Kenya, who finished with a time of 40:36.

VIDEO: 7 Things to know about Bay to Breakers 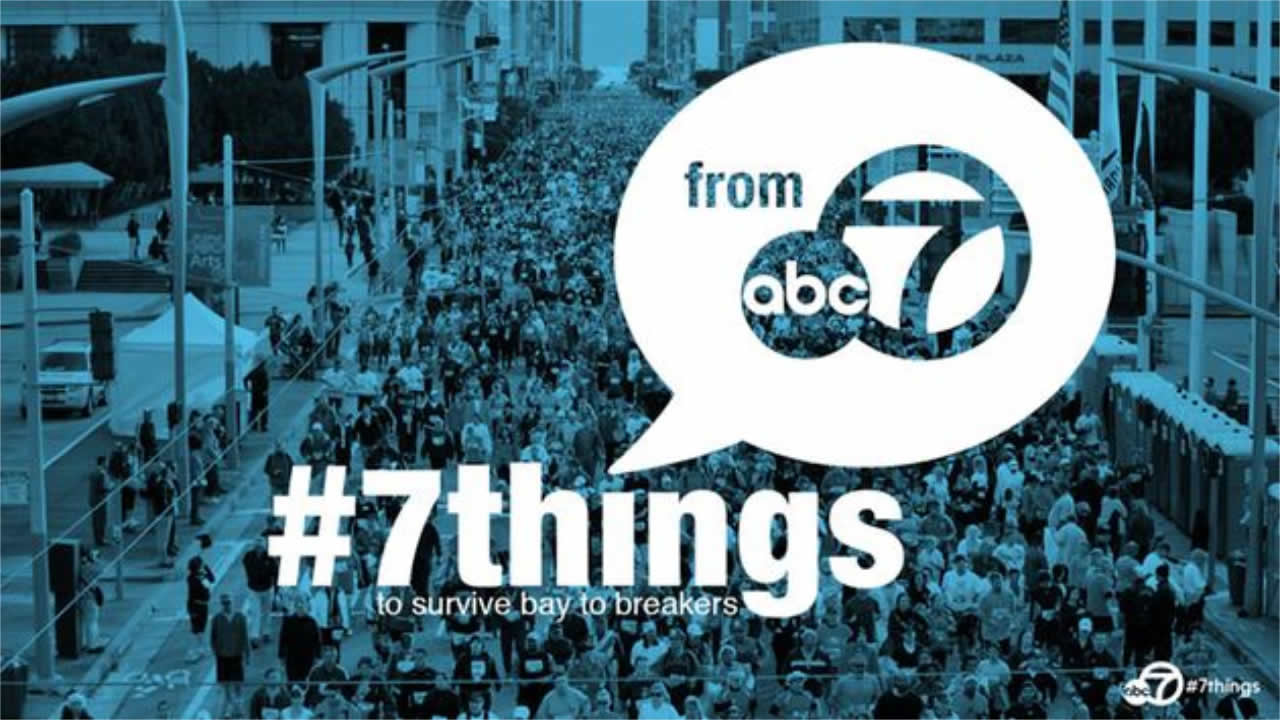 VIDEO: 7 Things to know about Bay to Breakers
A 12-kilometer foot race dubbed the world's greatest costume race gets underway Sunday morning in San Francisco, according to race organizers.

One runner participated in the race carrying a basketball hoop that Warriors' star Steph Curry would be proud of. "I'm a Warriors fan, I go to a few games a year. I thought this would be kind of fitting with Curry being MVP again," John Hearney said.

After the race, some Lower Haight streets were full of runners having a good time in their costume. Officers took alcohol from some people and poured it out.

However, not all neighbors agreed. "We see people come through, they're drunk, they're fighting and falling all over the place," San Francisco neighbor Ronda Metcalf said.

Bay to Breakers may be the silliest running event in the county, but it's also one of the oldest city races in the U.S.

Crews shut down Howard Street between the Embarcardero and Main Street at about 7 p.m. on Saturday so they can set up the starting line. The rest of the route was assembled overnight.

The race brings out serious runners and more leisurely revelers every year. "You've got people from all over the country coming here to race it, and it's a great course to because there's nothing like running through San Francisco," runner Michelle Reyes said.

"I did it two years ago, with one of my best friends, I was living here at the time and we had a blast. And I figured, what the heck, why not do it again?" Los Angeles resident Demetra Markopoulos said.

As usual, runners were welcomed to come in costume, but not able to bring any kind of backpack. As a security precaution after the bombing at the Boston Marathon, officers and security workers don't allow backpacks on, or near the course.

Bay to Breakers is the oldest annual footrace in the world. It began in 1912.

BART and Caltrain added service to get runners to the starting line.

PHOTOS: PHOTOS: Thousands run through heart of San Francisco for the 2015 Bay to Breakers 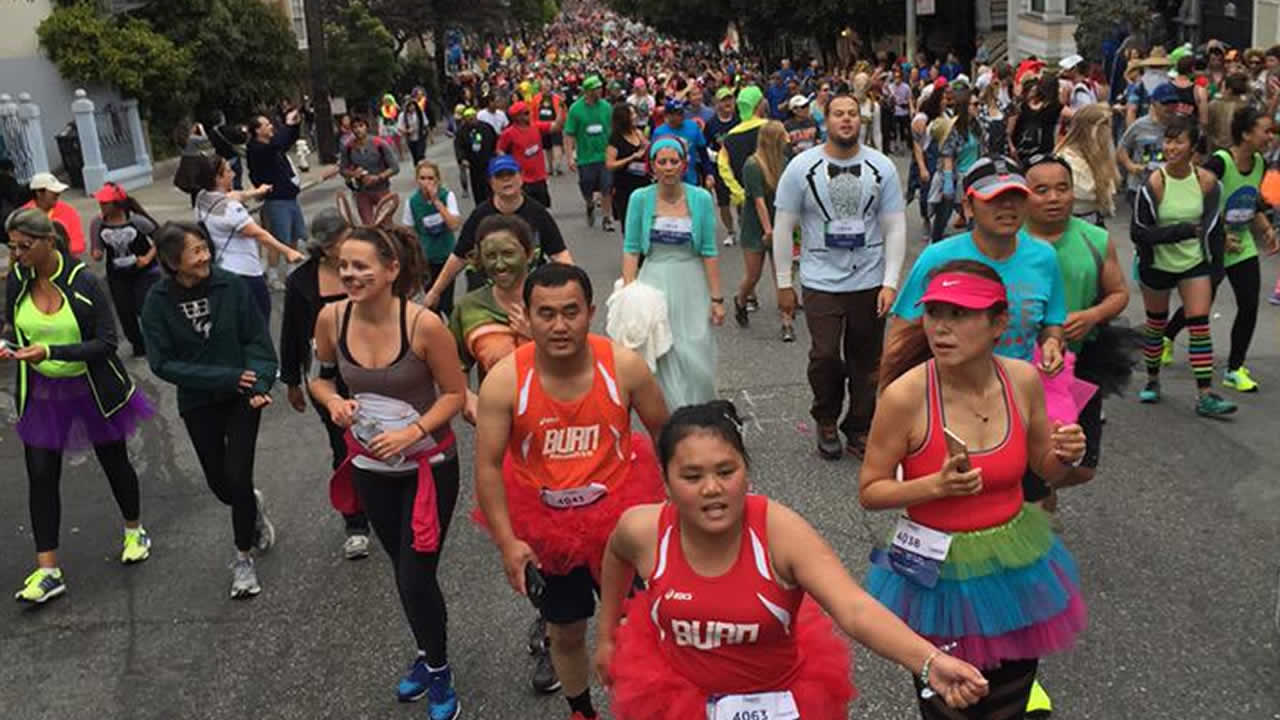 Steph would be proud of this guy. he ran the race, hoop and all. #BayToBreakers #dubson7 pic.twitter.com/8zE4Czpocd

Here are #7Things to know to help you reach the #finishline in Sunday's #BayToBreakers race! https://t.co/1C8SxttPT6https://t.co/QO0DCFDc0z 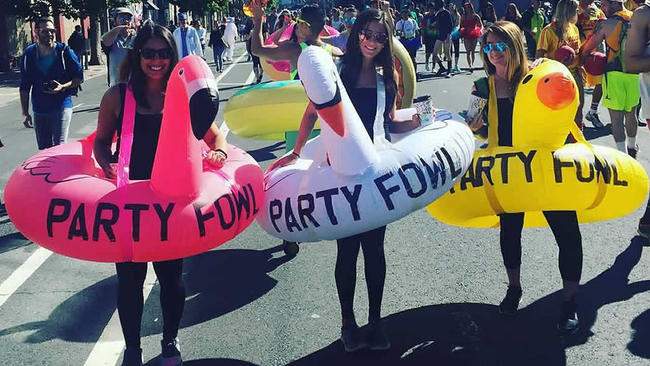