Kerr: MLK would 'be less than inspired' by today's leadership 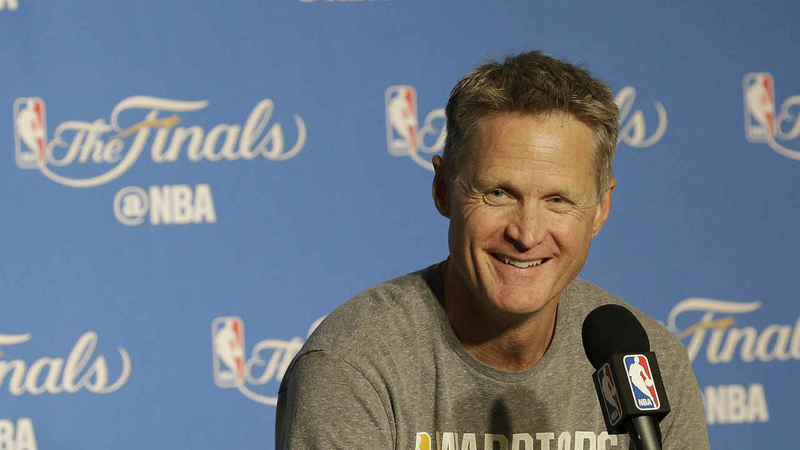 FULL VIDEO: Kerr says MLK would 'be less than inspired' by today's leadership

OAKLAND, Calif. (KGO) -- As the Golden State Warriors practiced in Cleveland ahead of Monday night's game against the Cavaliers, Dubs Head Coach Steve Kerr talked with media about Martin Luther King's legacy -- and what it means in today's political climate.

"It's a good day to remember what's truly important and what we are aspiring for as a county," he told reporters courtside. "We can do a lot better, all of us."

Kerr took special care to note that he doesn't think Dr. King -- nearly 50 years after his assassination -- would be pleased with the state of the nation.

Steve Kerr tells the story of the raised floor in Cleveland, then goes all back in my day on reporters pic.twitter.com/rbT23bvoNn

"He would be less inspired by the leadership in our country," Kerr mused. "No doubt about that."

Kerr instead praised the NBA for its role as a uniter.

Many players, he said, are committed to being active in their communities and promoting peace and understanding. This, he noted, "are all ideals Dr. King felt so strongly about."

The conversation got a bit deep for a shootaround when a reporter asked Kerr where the country went astray. After a few chuckles, Kerr focused in on social media, criticizing its use as a forum to channel anger and hate.

"Just sit behind your keyboard and tell everybody whatever vulgar, profane thing you want to say," he said. "You're free from repercussion, and yet you're sending this anger and vile out into the atmosphere."