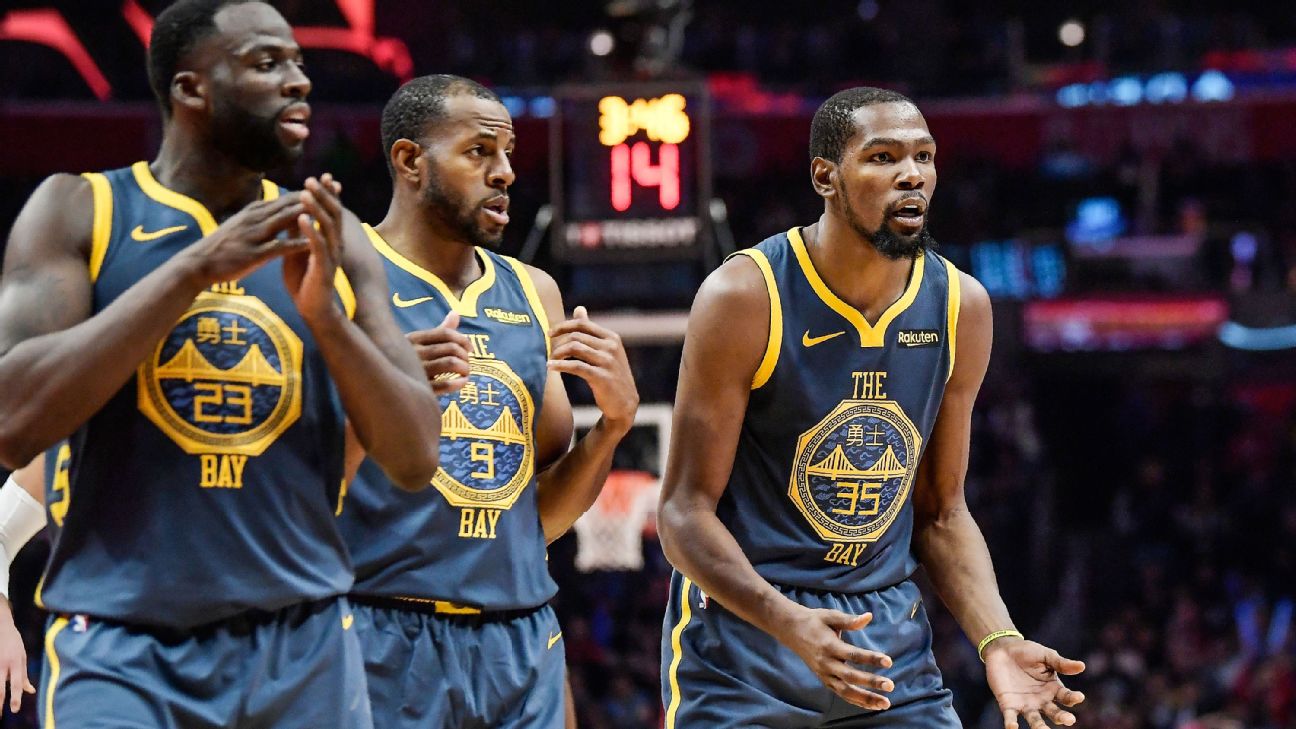 In an interview posted Wednesday on Bleacher Report, Durant and Green both said they believed that Kerr and Myers were at fault for the way they handled the players' emotional back-and-forth on the floor that spilled over into the locker room after an overtime loss to the LA Clippers at Staples Center on Nov. 12, 2018.


During the first episode of his new series "Chips," Green asked Durant how much that argument played a part in his decision to leave the Warriors.

"It wasn't the argument," Durant told Green. "It was the way that everybody -- Steve Kerr -- acted like it didn't happen. Bob Myers tried to just discipline you [Green] and think that would put the mask over everything."

While Durant and Green appeared to get over the incident in the next couple of weeks, the uncomfortable nature of the public incident, combined with the fact that players and coaches were repeatedly asked about it in almost every city they traveled, hovered over the organization all season.


It is hardly the first time that Green has addressed the team's reaction to his argument with Durant. In 2019, he and Myers discussed the incident, the fallout and their relationship during a joint interview with ESPN's Adrian Wojnarowski on The Woj Pod.

Durant, who tore his right Achilles during Game 5 of the 2019 NBA Finals against the Toronto Raptors, decided to sign with the Brooklyn Nets after the season. The Warriors have missed the playoffs for two consecutive seasons since Durant left.

As Green did in previous interviews, Durant noted that he saw parallels between the Warriors' situation and the Chicago Bulls' breakup while watching "The Last Dance."

"Let's just wipe our hands with that and go finish the task. ... I didn't think we did that. We just tried to dance around it. I just didn't like, just the vibe between all of that, it just made s--- weird to me." 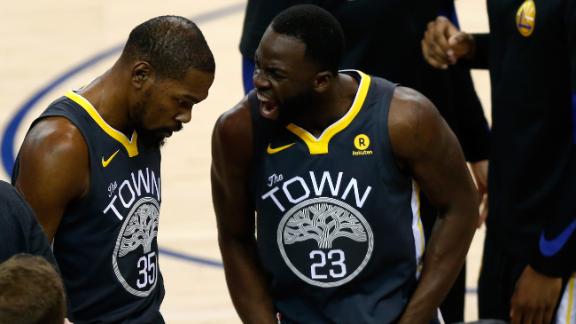