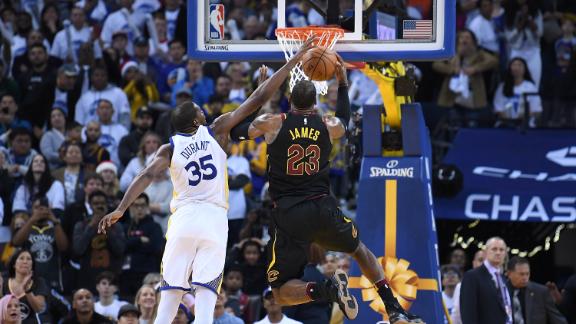 The NBA said Tuesday that officials missed three late fouls by Kevin Durant and one byLeBron James during Golden State's 99-92 win over Cleveland on Christmas Day.

The league made the announcement via its "Last Two Minute Report."

Durant, according to the league, fouled James twice with less than 30 seconds to go in the fourth quarter and Cleveland down 95-92, first making forearm contact to the Cavs star that affected his "speed, quickness, balance, rhythm" and then making contact to his arm and body that affected his driving shot attempt, which was blocked.

Referee Derrick Stafford initially signaled it as the Cavs' ball, but his call was overturned after the review, and the Warriors were awarded the possession.

Neither foul was called, something James questioned after the game.

"He fouled me twice," James said. "But whatever. What are you going to do about it?"

Durant shrugged it off.

With 1:12 left, the league said Tuesday that Durant made contact with James that affected his SQBR. Durant had appeared to hip-check the four-time MVP, causing James to lose the ball out of bounds -- another no-call that James questioned but ultimately blamed on himself.

"I lost it on the left wing," he said after the game. "He got me a little bit, but I lost that one."

The NBA also said James should have been whistled for a foul on Draymond Greenfor clamping Green's arm and jersey with 33 seconds left, which affected his ability to retrieve a rebound.The fact that the officials reviewed the possession with 24.5 seconds remaining but did not address the missed Durant fouls shown on the replay has caused some to call the league's review system into question, notably ESPN NBA announcer Jeff Van Gundy during the broadcast and later, former Cavs general manager and current Sirius XM contributor David Griffin.

"Referee ops knows they can help themselves with further latitude to address what they see in situations already under review," Griffin tweeted Tuesday. "All INCs (incorrect no calls) here could have been corrected without any additional stoppages of play. NBA evolves and will continue to do so." 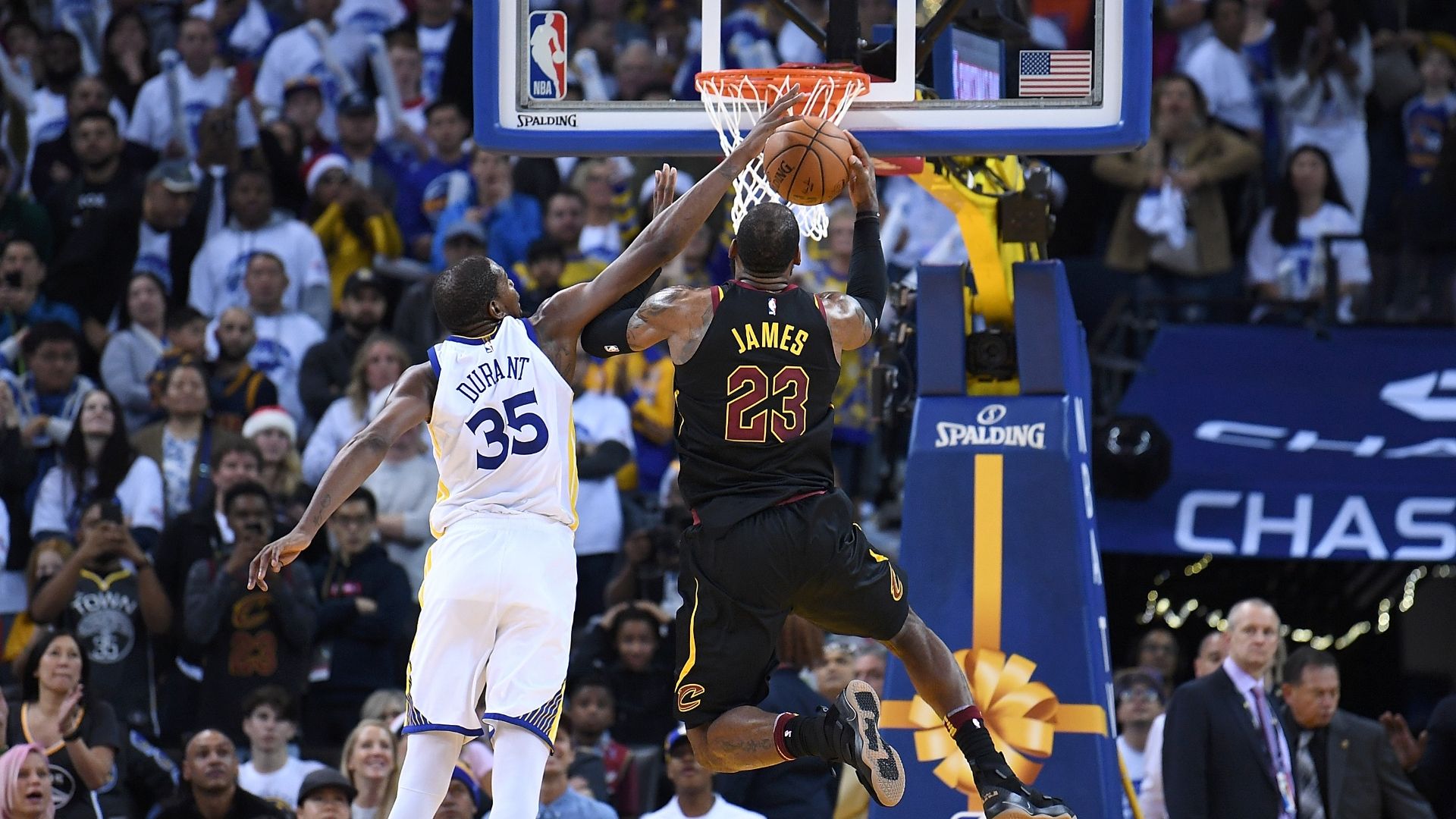