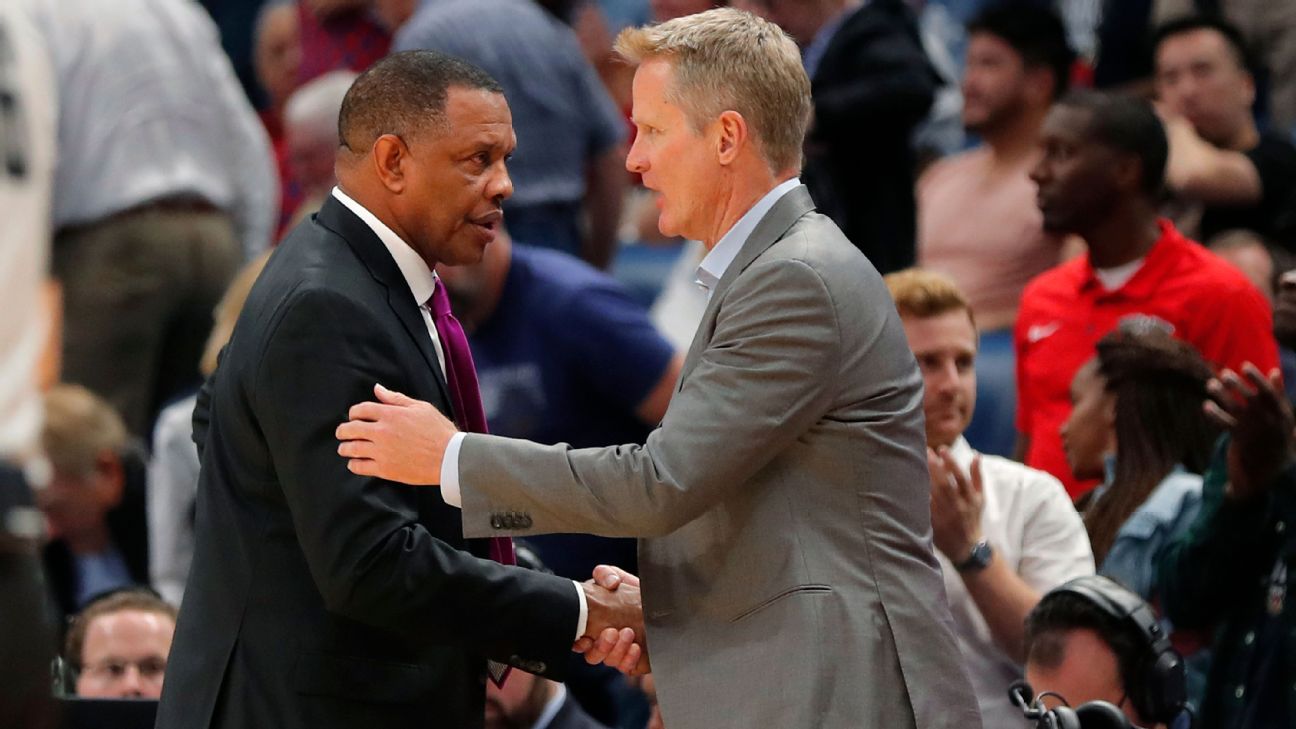 As the Kings prepared to host the Warriors on Sunday night, coaches Alvin Gentry and Steve Kerr addressed the mass shooting just blocks from Sacramento's Golden 1 Center that left six people dead and injured a dozen others early Sunday morning.

"It's an incredible tragedy," Gentry said during his pregame media availability. "I hope this doesn't put a black eye on our city. ... It's unfortunate something like that can still happen nowadays in an environment where everybody is just trying to have fun, have a good time. The gun thing has to change. ... It's a really sad day."


Kerr did not take any basketball-related questions during pregame availability before his team's 109-90 win and spoke only about the shooting.

"So many lives devastated," he said. "Everybody with the Warriors, we all share your city's grief. There's not a whole lot you can do or say, but we are all crushed today."

Kerr, whose father was shot dead in a terrorist attack in Beirut in 1984, has long been outspoken on the issue of gun violence and has spent much of his professional life calling on those in power to enact stronger gun laws.

"We will have a moment of silence before the game, which is the right thing to do, but I'll be honest, this is my ninth or 10th moment of silence that I will have experienced as head coach of the Warriors when we mourn the losses of people who have died in mass shootings," Kerr said. "I don't think moments of silence are going to do anything. At some point, our government has to decide are we going to have common-sense gun laws.


Sacramento police say at least two shooters opened fire in the city's downtown area at around 2 a.m. PT, just as bars and nightclubs closed for the night and crowds emptied onto the streets.

The site of the shooting was about two blocks from the state Capitol and not far from the Warriors' team hotel. No one on Golden State was aware of the shooting when it took place, and the team found out about it only later Sunday morning.

"This happens in churches, this happens in schools, this happens right downtown here in Sacramento," Kerr said. "At some point, I would hope that we would actually think about our fellow citizens and do something about it, instead of playing politics. Because that's all we do."

Police had extra patrols downtown ahead of Sunday's game. 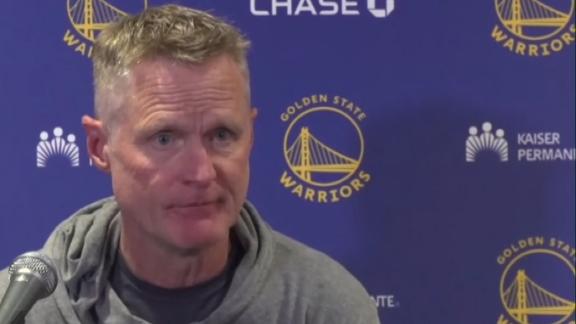