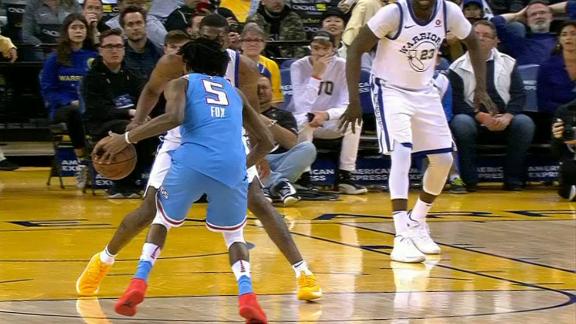 OAKLAND, Calif -- At the forefront of the Golden State Warriors ' concerns is the health of their headliners, three of whom are now sidelined because of injury after it was announced Friday that forward Kevin Durant will be out for at least two weeks after an MRI revealed a rib fracture.

Durant joins Klay Thompson (fractured right thumb) and Stephen Curry (sprained right ankle) on Warriors' star-laden injury report, as they, too, are expected to miss at least a few more games each before being re-evaluated next week.

In the backdrop of this late-season plague of injuries, the severely short-handed Warriors fell to the Sacramento Kings, 98-93, in dramatic fashion at Oracle Arena. Golden State (52-17) has now lost three of its past four games and sits 2 games back of theHouston Rockets(54-14) for the No. 1 seed in the Western Conference.

Omri Casspi(sprained right ankle) left Friday's game with about nine minutes left in the second quarter and did not return.

"To lose another one of our wings, we're literally running out of bodies," Warriors coach Steve Kerr said. "It's a shame. The timing is strange. Everybody seems to be going down at the same time. But more than anything, I feel bad for him, because this is his time to play."

For all the firepower that they lacked, the Warriors were buoyed by backup point guard Quinn Cook, who scored a career-high 25 points on 10-of-13 shooting from the field, including hitting 5-of-7 from 3-point range.

Warriors forward Draymond Green returned to the Warriors lineup after sitting out because of right shoulder soreness. He finished with 14 points, 10 rebounds, 7 assists, 4 steals and 2 blocks in 34 minutes.

Though the Warriors led by as many as 11 points in the first half and led for virtually the entire game, Kings rookie guard De'Aaron Fox sank a key jumper to give his squad a 91-90 lead with 1:32 left. The Warriors turned it over on the ensuing possession, and Fox scored again with less than a minute, sinking a floater.

Green tied the score at 93 with a huge 3-pointer. Kings guard Buddy Hield answered with a free throw, and Green then wildly missed a 3-pointer on the Warriors' next possession.

The Kings were able to hang on from there, closing the game on an 11-3 run.

The Warriors will head to Phoenix to face the Suns on Saturday. 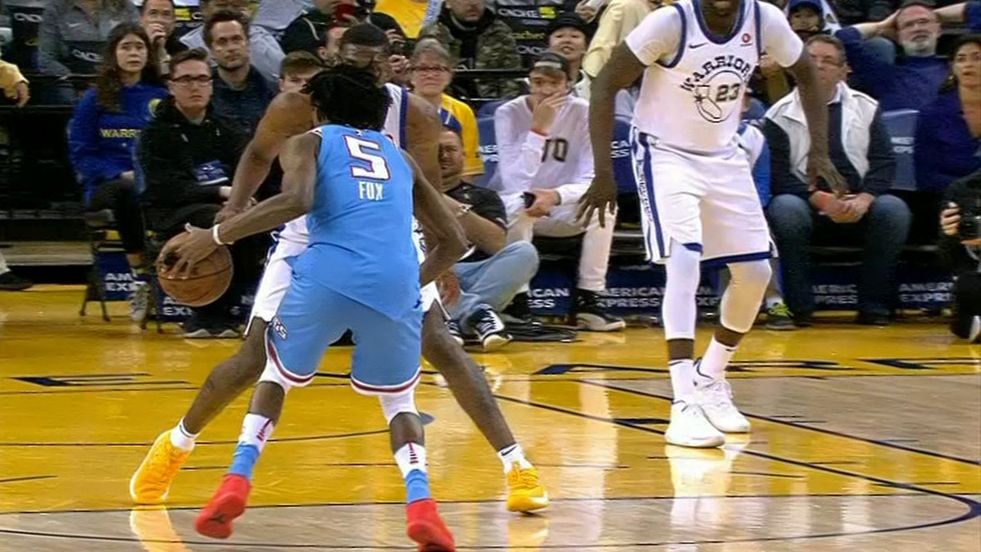 Fox drills clutch jumper
De'Aaron Fox goes to work in the isolation and hits a midrange jumper that gives Sacramento the lead over Golden State with under 2 minutes remaining. 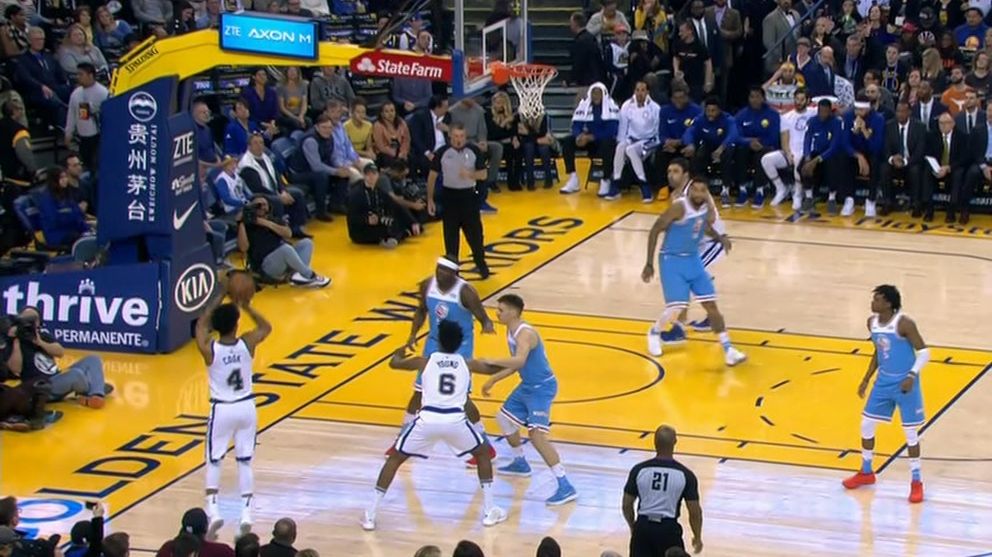