Landry Jones starts at QB for Steelers against Chiefs KANSAS CITY, Mo. -- Quarterback Landry Jones made his first NFL start Sunday for the Pittsburgh Steelers after taking 85 percent of the first-team practice reps this week.

Ben Roethlisberger took the other 15 percent and looked good enough to play, according to a source, but was inactive for Sunday's game. The untested Tyler Murphy will be the backup against theKansas City Chiefs.

Meanwhile, for the Chiefs, receiver Jeremy Maclinwas inactive for Sunday's game despite clearing the NFL's concussion protocol and returning to practice Friday.

Roethlisberger has missed the past three games with a sprained MCL and bone bruise to his left knee and would have had to wear a knee brace if he had played. He's never worn a knee brace in an NFL game.

The Steelers' quarterback situation is further complicated because backupMike Vickis out with a hamstring injury. Murphy took scout-team reps this week and was promoted from the practice squad Saturday to provide coach Mike Tomlin options if the coach decided against having Roethlisberger active.

Jones passed for 168 yards and two touchdowns last Sunday in relief of Vick to rally the Steelers past the Arizona Cardinals. 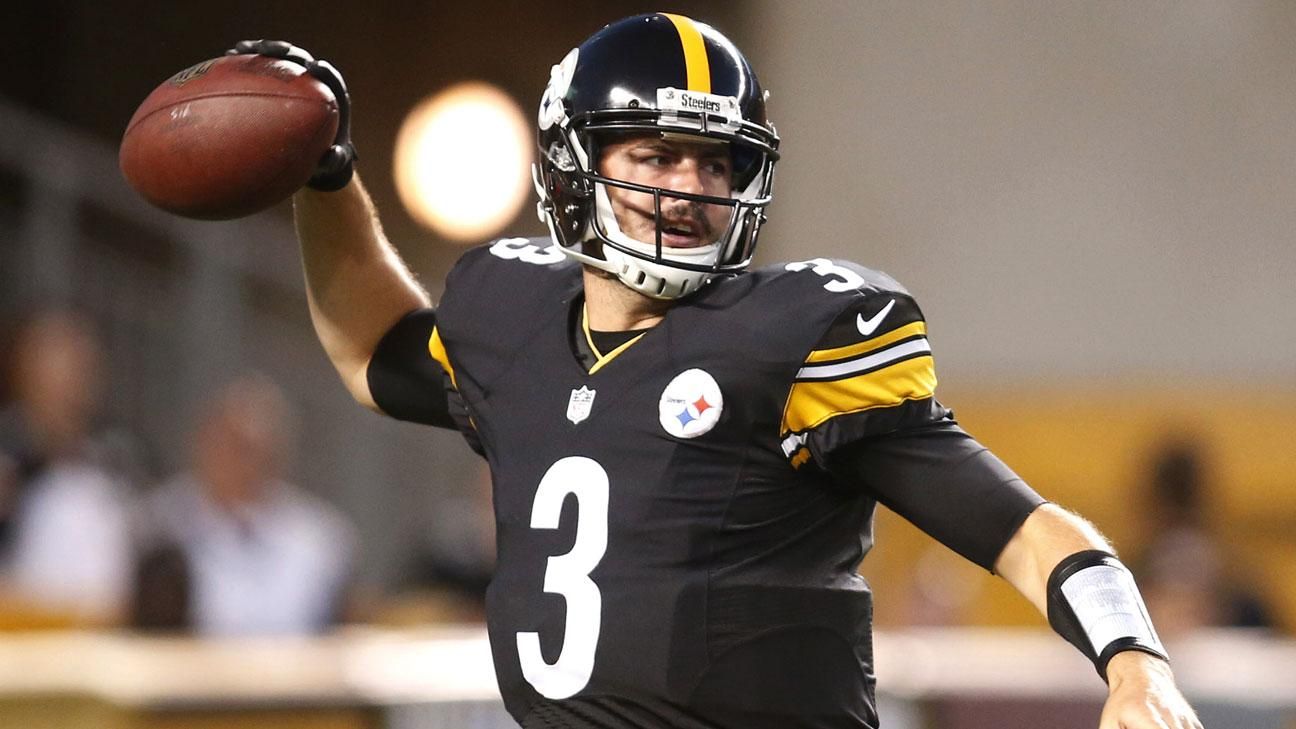