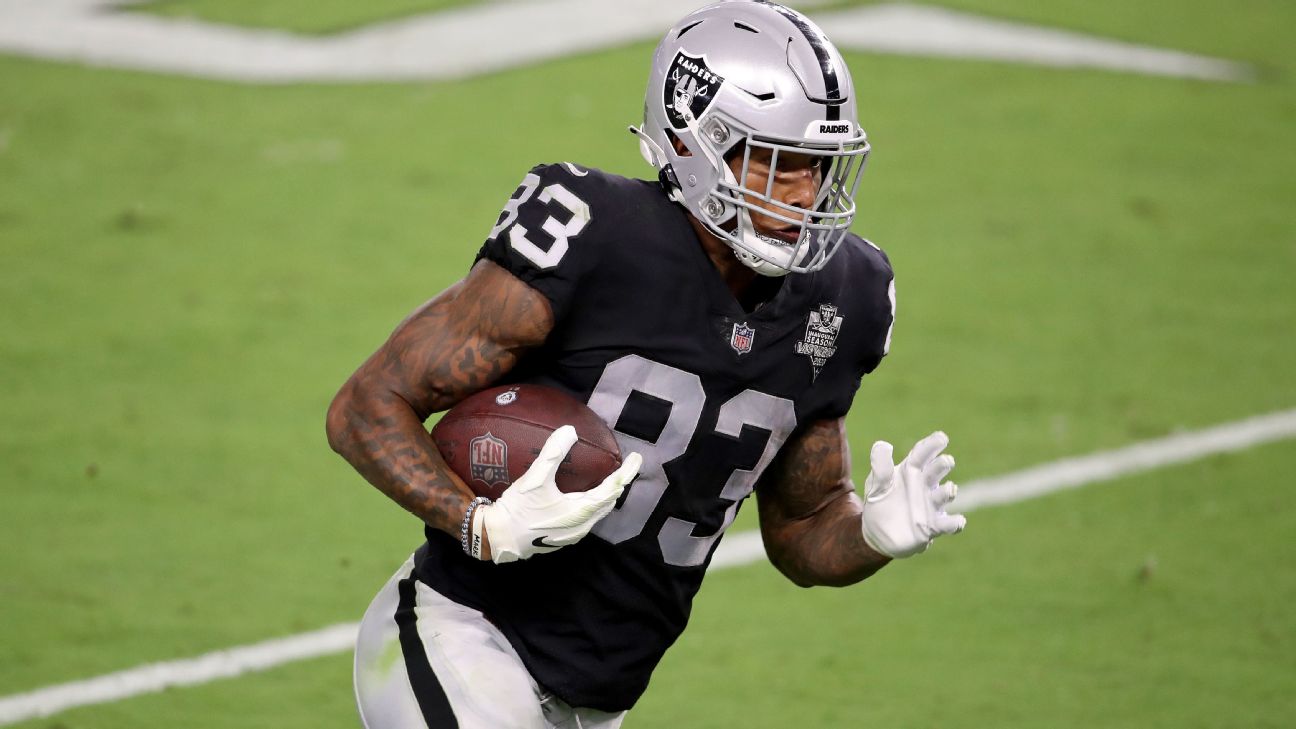 Las Vegas Raiders tight end Darren Waller, who was added to the injury report Saturday with an ankle issue, will not play in Sunday's game against thePhiladelphia Eagles.

Waller strained the inner side of the ankle and heel during practice Friday, when he was tripped by a teammate, according to a source who saw the play.


Waller's absence is a setback to a Raiders offense that rallied around interim head coach Rich Bisaccia during his NFL coaching debut last Sunday in a 34-24 win over the Broncos in Denver.

Without Waller, the Raiders will have to lean more on backup tight end Foster Moreau, who has four receptions for 53 yards and a touchdown this season.


The Raiders think Moreau can be effective, but Waller has emerged as one of the NFL's top offensive threats, a player whom former Raiders coach Jon Gruden called "the best player I've ever coached" earlier this year.