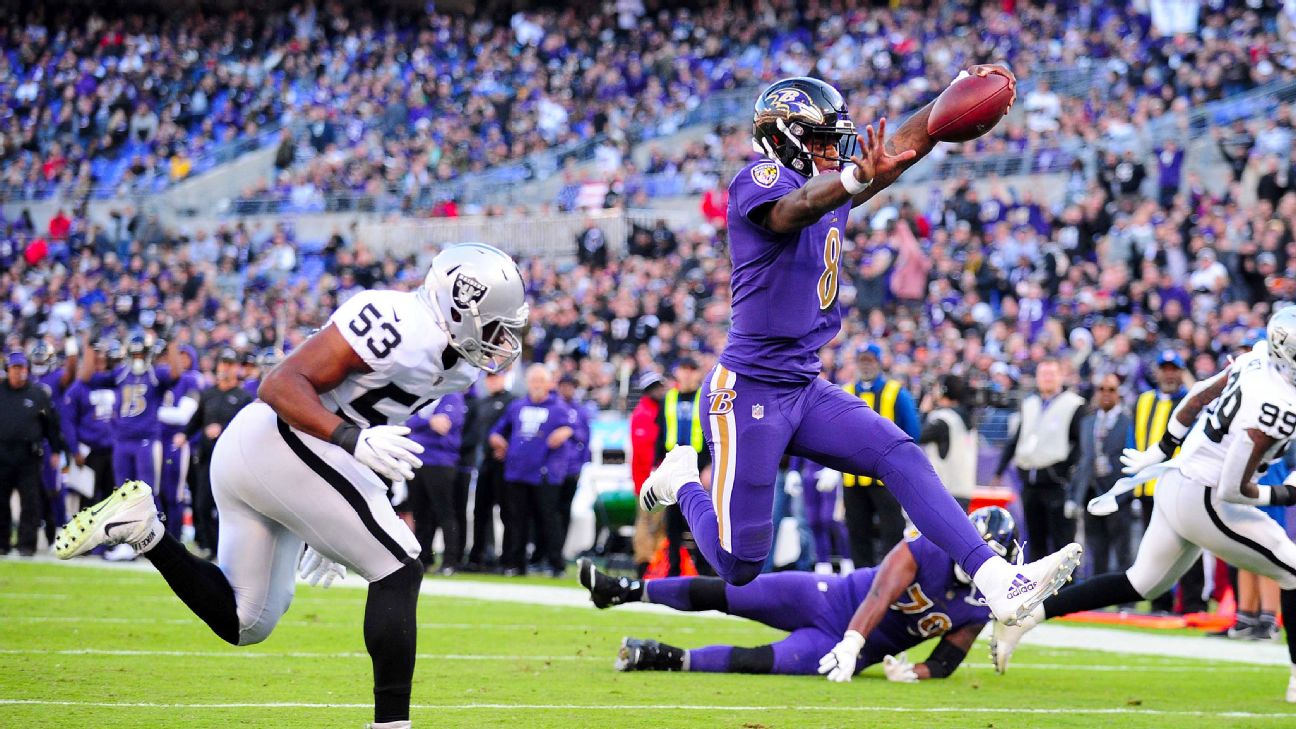 The NFL will open its 2021 Monday Night Football schedule Sept. 13 in Las Vegas, where the Raiders will host the Baltimore Ravens, the league announced Wednesday morning. The game will be televised on ABC and ESPN.

The Ravens have been a playoff team in each of the three seasons since they drafted quarterback Lamar Jackson in 2018. The Raiders, meanwhile, are hoping to make the playoffs for the first time in coach Jon Gruden's four-year tenure.


The matchup is expected to mark the first regular-season game with fans in attendance at Allegiant Stadium, which opened in 2020 during the coronavirus pandemic.

The NFL provided a sneak preview of its schedule during morning news shows, providing the Week 1 lineup in advance of the full reveal Wednesday night.

The regular season will kick off Sept. 9 in Tampa, Florida, where the Buccaneers will open the defense of their Super Bowl LV championship against the Dallas Cowboys.


The game should mark the return of Cowboys quarterback Dak Prescott, who missed the final 11 games of 2020 because of a compound fracture and dislocation of his right ankle.

Other notable games announced for Week 1 include quarterback Sam Darnold and the Carolina Panthers hosting his former team, the New York Jets; the Green Bay Packers, who are mired in uncertainty surrounding quarterback Aaron Rodgers, playing at the New Orleans Saints, who will have a new quarterback after Drew Brees' retirement; and the Cleveland Browns traveling to Arrowhead Stadium to face the Kansas City Chiefs.

NFL teams have known their 2021 opponents since the end of last season, but the league's annual schedule day makes a spectacle of announcing the order, kickoff times and broadcast network for each of its 272 games, which includes a 17th regular-season contest for each team.

The regular season will run until Jan. 9, and Super Bowl LVI will be played Feb. 13, the latest in a calendar year that the NFL has ever finished its season. 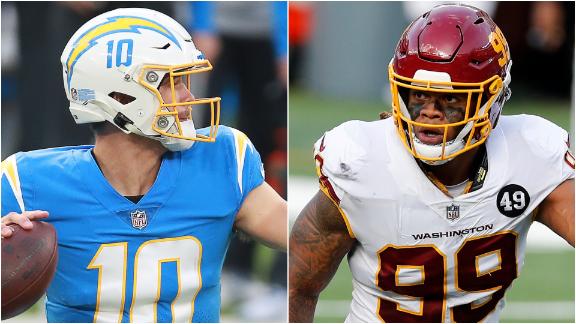