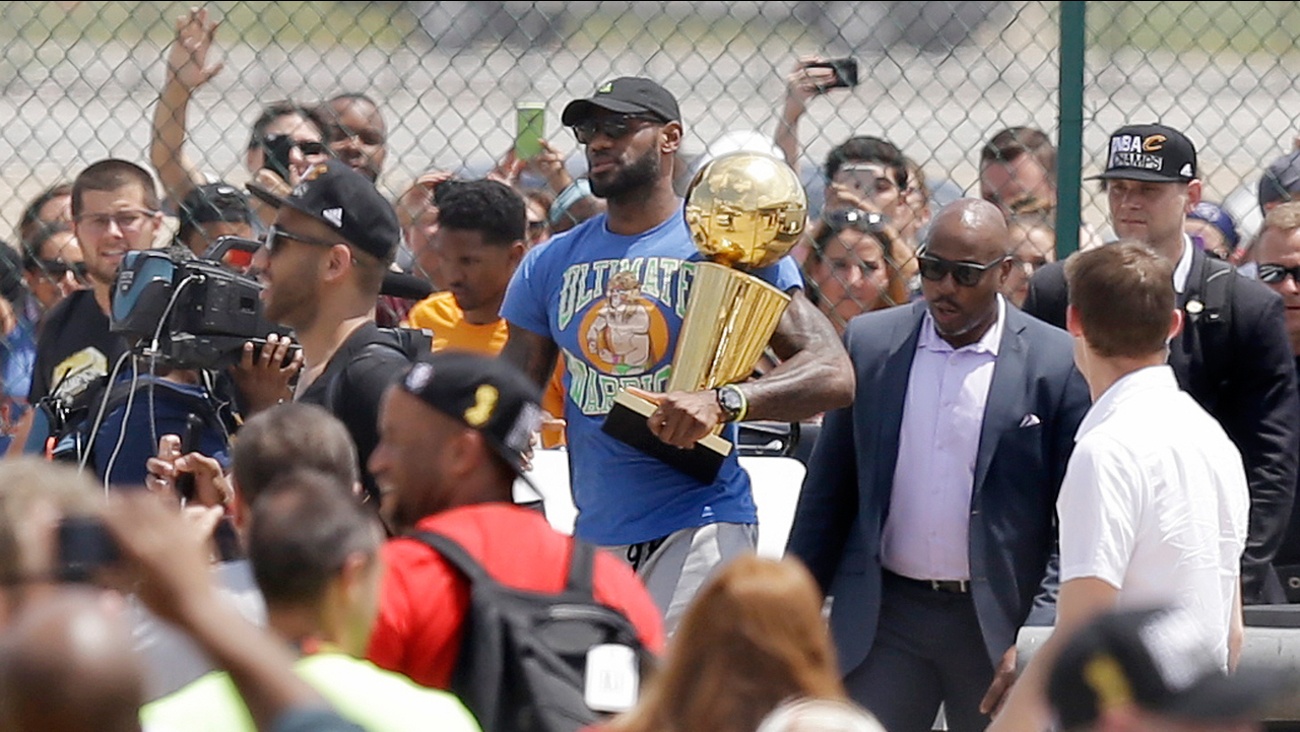 CLEVELAND -- LeBron James came home with the trophy he promised, and the championship Cleveland has coveted for 52 years.

The NBA superstar, born and raised in nearby Akron, stepped off a plane Monday and hoisted the shiny Larry O'Brien Trophy as more than 10,000 fans celebrated the city's first title since 1964.

The King parades the trophy past a sea of Cavs fans. #LIVEonSC pic.twitter.com/sGlVzfMWzI

James, who was selected as the Finals' MVP, paraded the championship trophy around the parking lot so Cleveland fans could get a closer look to something they've waited a lifetime to see.

LeBron is the last to exit the plane with the trophy in hand. #LIVEonSC pic.twitter.com/XrygwO5jBm

The Cavs stopped in Las Vegas early Monday morning after winning the title on the road over the Warriors in Oakland, California, on Sunday night.

One picture shows Cavs guard Kyrie Irving posing near a cake shaped like the Larry O'Brien trophy, which goes to the NBA champion.

So the Cavs celebratory pit stop in Vegas looked like fun... (📸: @ArashMarkazi) pic.twitter.com/k4EbFHh83q

RELATED: Giants remind Warriors that 'every other year ain't so bad'