LeBron James 'getting more locked down' after meeting with coach, GM 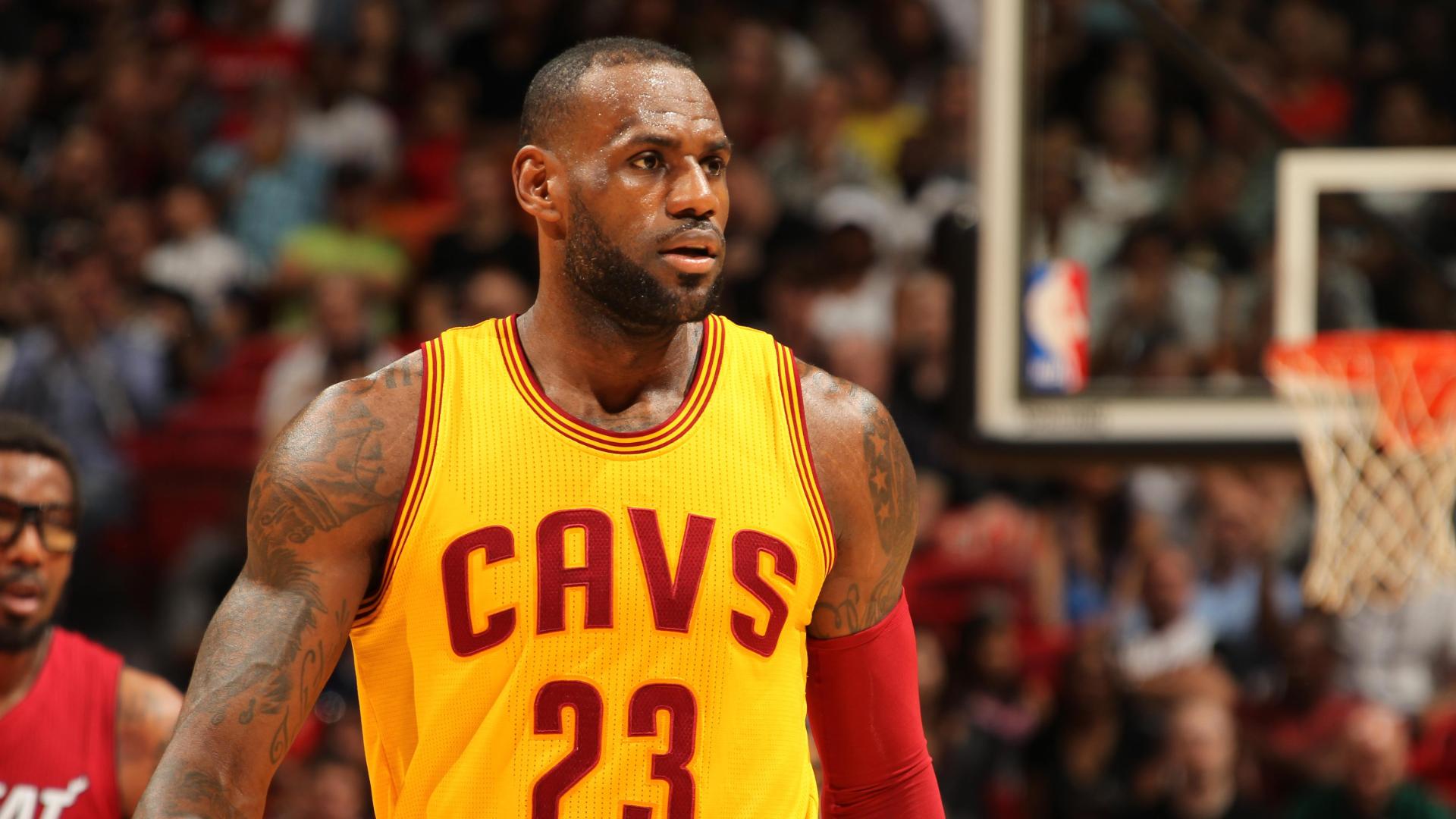 NEW YORK -- LeBron James says a conversation with Cleveland Cavaliers coach Tyronn Lue after a disheartening loss in Miami last week made him realize how he must approach the final stage of the regular season as his team prepares for the playoffs.

Asked to elaborate on what "more" meant, James replied: "It's everything."

James has been doing a bit of everything in the Cavs' three games since his sit-down with Lue, averaging 29.7 points, 8.0 assists, 7.7 rebounds and 1.0 steals with 59.6 percent shooting.

Lue's meeting with James -- which Cleveland.com reported was prompted by the star player fraternizing with former teammate Dwyane Wade during halftime warm-ups when Cleveland trailed by 21 -- was centered on James' leadership.

"I just told him we can't have that, being down like we were and him being the leader," Lue told Cleveland.com. "Just me being a competitor, I didn't like it. We had a long talk about it. It was good. He understood, he apologized, and he's been great."

Lue described James' performance since their talk as "remarkable."

"Just I think, getting closer to the playoffs, he's becoming more serious and focused on getting ready, trying to hit that stride," Lue said.

James also spoke with Cavs general manager David Griffin on Wednesday, according to Cleveland.com, after a Bleacher Report story was published quoting James as wanting to team up with good friends Wade, Carmelo Anthony and Chris Paul before all of their careers are through.

A source familiar with James and Griffin's dialogue told ESPN.com that the GM's message was the same as it has been for an extended period of time in this season filled with distractions, injuries, social media-driven headlines and an unprecedented coaching firing: "It's just time to play ball. ... That's all that matters."

The two-pronged message from Lue and Griffin seems to have resonated with James.

"Just getting more locked down toward the postseason, as I told you guys, I am zeroing in on what needs to be done," James said. "Body feels great. I am just trying to put this team on my back and try to help us get to a point where we can just play at a high level. And they always take my lead and my energy, and hopefully they follow me."

With 10 games remaining in the regular season for the Cavs to find the groove necessary to make a championship run and salvage the franchise's investment in the second-highest payroll in league history, James is vowing to lead the charge.

"I started my postseason mindset a little bit earlier this year, just understanding everything that we have been through this year both on and off the floor, and just want these guys to understand how important this moment is," he said. "We have a great opportunity to do something special or at least compete for something special. I am fortunate that I am very healthy, as healthy as I have been in a long time, and I feel great and I am trying to do things to help us win."

"It's not about LeBron; it's about the team," Lue said. "We have to play hard for 48 minutes, and if we don't, things like this will continue to happen."

The Cavs play the New York Knicks on Saturday, another team all but eliminated from playoff contention, as they are 8 games out of the No. 8 spot with nine games to play. But between the Madison Square Garden stage and the intrigue added by James' Anthony comments, it becomes another question mark on Cleveland's calendar.

How does Lue think the Cavs will fare against the Knicks?

"If we can't take anything away from this game as far as respecting your opponent and coming out to play, then I don't know what to tell you," he said.

Davis: Cavs aren't challenging shots
ESPN NBA analyst Antonio Davis explains the frustration that LeBron James was expressing during the Cavs' 104-95 loss to the Nets and says Cleveland needs to do more to challenge opponents' shots. 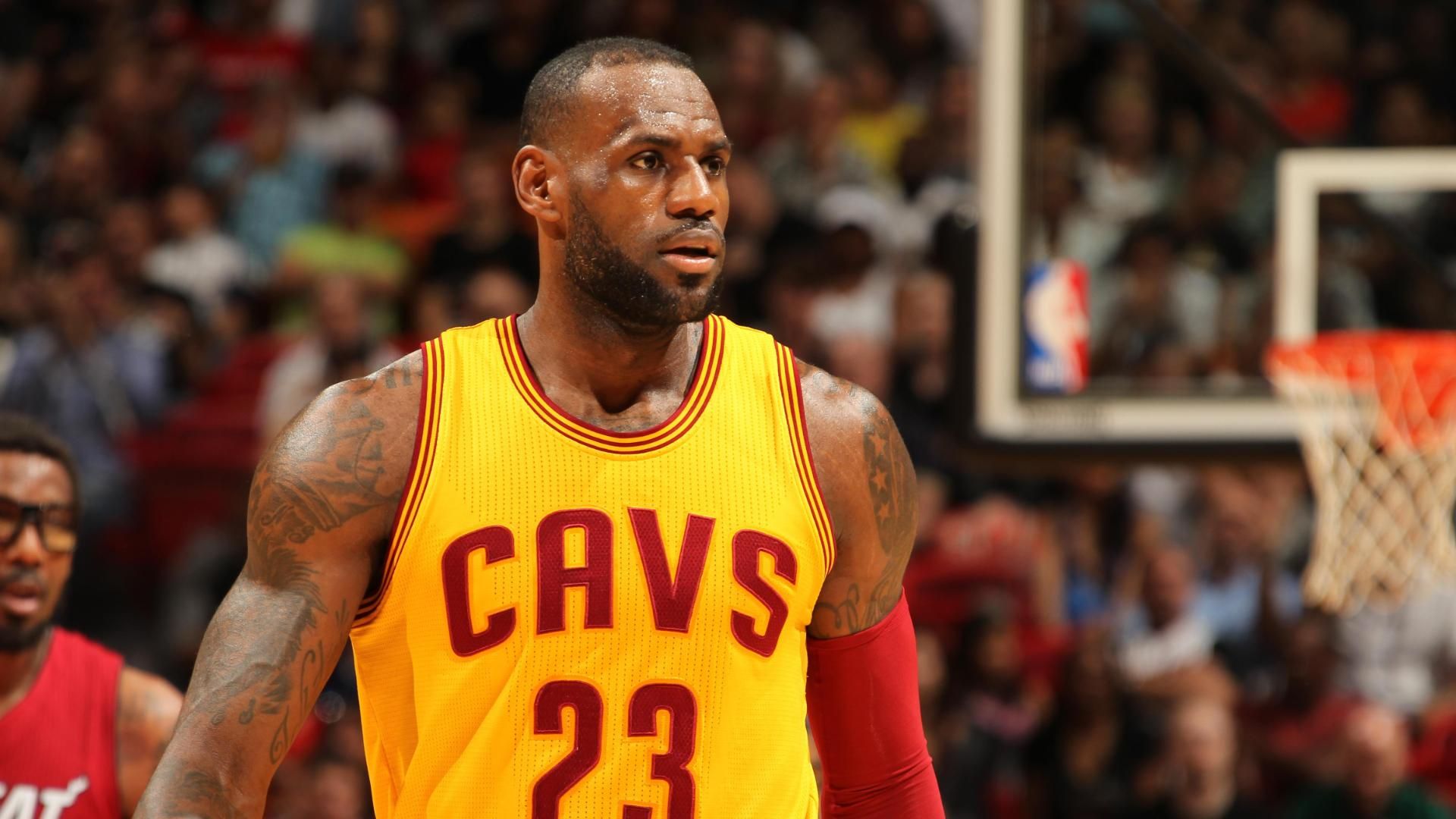