LeBron James: 'I want to win just as bad' as Warriors do 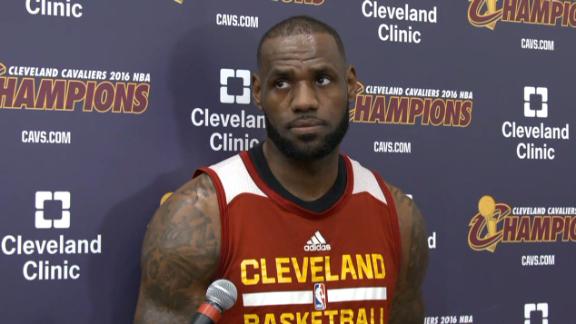 INDEPENDENCE, Ohio -- Defending Kevin Durant in the NBA Finals has not tuckered out LeBron James one bit, he says. And he has the numbers to prove it.

"Do I look tired?" James said at the Cleveland Cavaliers' shootaround Wednesday in advance of Game 3 against the Golden State Warriors. "I feel great. I'm averaging a triple-double in the Finals. I'm pretty good, I would think."

Indeed, James is putting up 28.5 points, 13 rebounds and 11 assists in the series, but Cleveland has lost the first two games by a combined 41 points.

James was asked whether the Finals have simply been a manifestation of Draymond Green's stated desire to "destroy" and "annihilate" Cleveland to avenge the Warriors' collapse in the 2016 Finals after building a 3-1 series lead.

"They're playing well," James said. "They are playing exceptionally well, and I don't get involved in what's going on in the summertime or things of that nature. I'm too far removed from those talks and communications and all the things that go on. So at the end of the day, I want to win just as bad as they do.

A loss in Wednesday's Game 3 would almost assuredly mean a 3-5 career record in the Finals for James. The Cavs would then need four straight victories against a Golden State team that has won 29 of its past 30 games.

But winning four out of five, should the Cavs make it 2-1 with a win?

"We've got to get one first," said Kyle Korver, who mentioned the Cavs have had "a thousand conversations" about their belief that they can still come back to win this series. "We've got to get this one at home and then just keep building from there. This series is far from over. We know that."

James said his sense of urgency is the same Wednesday as it would be for any other playoff game regardless of the series record. When asked what should be at the top of the Cavs' to-do list for Game 3, James said, simply, "Win."

Going in its favor, Cleveland is 5-1 at Quicken Loans Arena in the 2017 postseason and 14-2 in its past 16 playoff games at The Q overall.

"We have an opportunity to protect home, and if we do that, we'll put ourselves back in the series," James said. 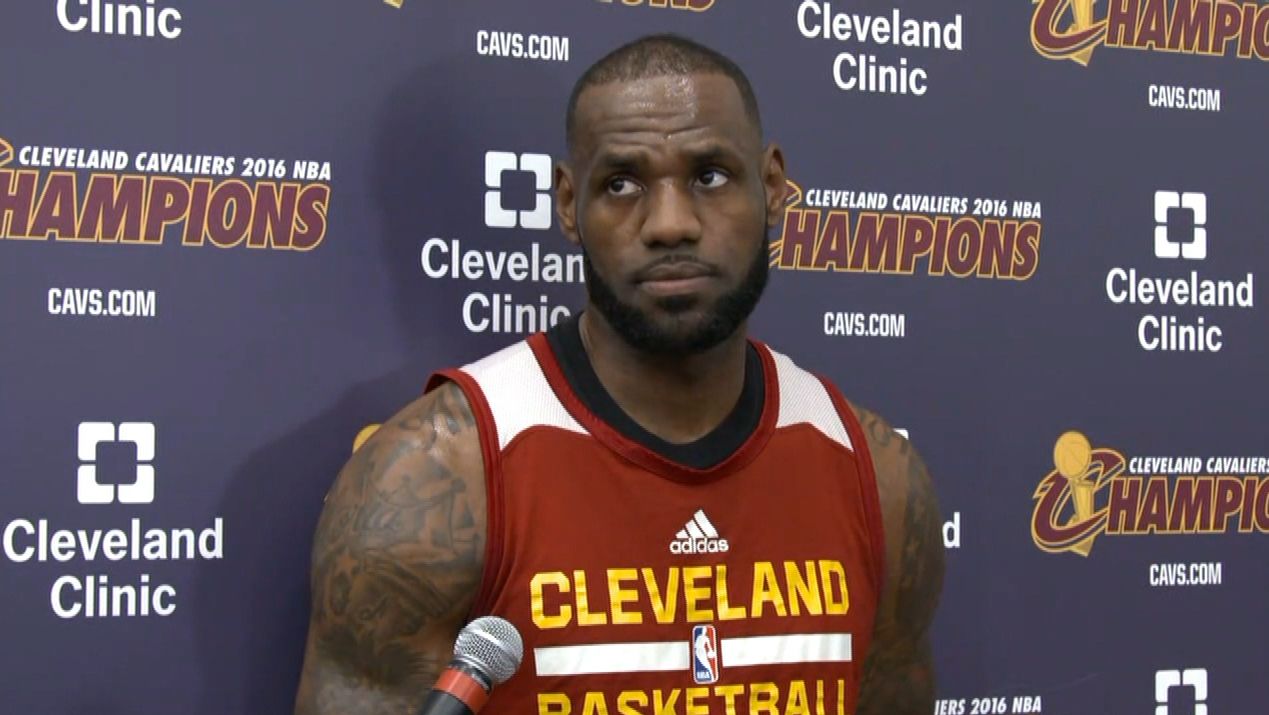