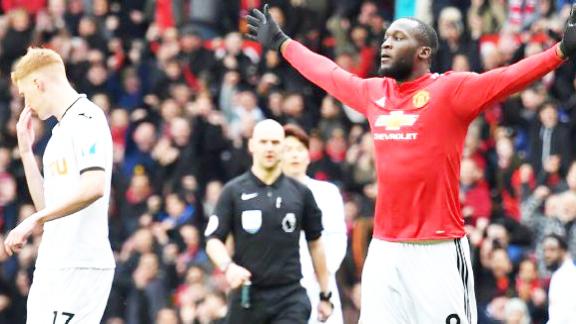 Manchester United have announced details of their summer tour in the United States, with games against the San Jose Earthquakes and Mexico's Club America.

United will return to the U.S. for the second straight summer, and fourth time in the past five years. They also played the Earthquakes and America in 2015.

But while three years ago United's game against San Jose opened up the MLS club's 18,000-seatAvaya Stadium, this year's friendly will take place on July 22 at the 75,000-seat Levi's Stadium in nearby Santa Clara, California, where United faced Real Madrid last summer.

The tour will begin with a friendly against America three days earlier at theUniversity of Phoenix Stadium in Glendale, Arizona, where United will play for the first time.

The America game is set four days after the World Cup final, and players participating in the event will likely trickle into the squad over the course of the tour.

United are also expected to again participate in the International Champions Cup, with three more games to follow in July, though plans for the tournament have not been finalised.

Sources have confirmed to ESPN FC that United are being matched up against Premier League rivals Liverpool at Michigan Stadium, as reported last week by the BBC and Liverpool Echo. Jose Mourinho's men are also set to face Real Madrid elsewhere, sources said.

United previously played at Michigan Stadium in Ann Arbor -- known as the "Big House" -- in 2014, when 109,000 fans watched an International Champions Cup game against Real Madrid.

According to the Echo, Liverpool will also face Manchester City at MetLife Stadium in New Jersey and play another game in Nashville, Tennessee.