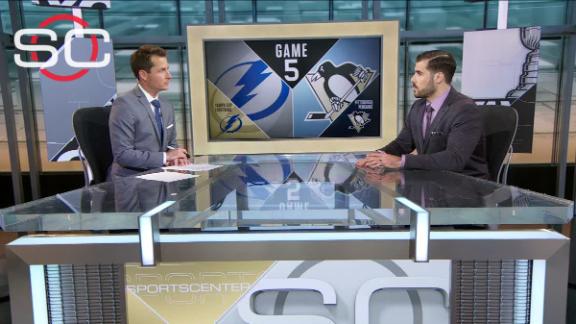 PITTSBURGH -- The Pittsburgh Penguins are reshuffling their defense as goalieMarc-Andre Fleurystarted Game 5 of the Eastern Conference finals Sunday against the Tampa Bay Lightning.

The Penguins will also look to replace defenseman Trevor Daley. He suffered a broken left ankle in Game 4 and will be out the rest of the season, according to coach Mike Sullivan.

"I'll spare you guys the suspense: Marc-Andre Fleury's going to play goal tonight," Sullivan said after the team's morning skate. "Lots of things went into the decision. I'd rather not elaborate on the details of it, but certainly we had lengthy discussions. It's an important decision for our hockey team. We're trying to make the best decisions that we can that we think will give our team the best chance to win, and that's the route of the direction we chose to take for this game."

The 31-year-old Fleury hasn't started a game since he suffered a concussion March 31. He played the third period of Game 4 in Tampa, Florida, making seven saves in his first game action since the injury. He replaced Matt Murray after the rookie netminder allowed four goals in the first two periods of a 4-3 loss that evened the best-of-seven series at 2-2.

Fleury, who won the Stanley Cup with the Penguins in 2009, owns a postseason career record of 53-44 along with a 2.64 goals-against average and a .906 save percentage. He has eight career shutouts in the playoffs.

Sullivan said Murray was understanding of the situation when he was told he was not playing.

"Matt's great," Sullivan said. "He's a very composed kid. He's played extremely well for this team, as has Marc, and these guys, their contributions to this team, both of them, [backup goalie Jeff] Zatkoffincluded, all three of those guys are big reasons why this team is where we're at. It's very difficult to discount any one of their contributions. We're fortunate that we have three guys like we have that we can go to, to help this team continue to win, and that's how we look at it.

"But Matt's terrific. He understands. He gets it. He's a mature kid. If and when he's called upon to go back into the net, he'll go back in the net. He comes to the rink every day, he puts his equipment on, and he plays, and that's one of the things we love about him."

Daley's absence will be a big loss for the Penguins. Acquired from the Chicago Blackhawks in exchange for Rob Scuderi in December, Daley had one goal and five assists during the postseason and ranked second on the team in average ice time in the playoffs behind defenseman Kris Letang.Daley's six postseason points trail only Letang among Pittsburgh defensemen.

"He's a tough guy to replace," Sullivan said of Daley. "He's really made our team a better team. He's a mobile guy. He can move the puck. He's got real good offensive instincts. He's a real solid two-way defenseman and it's hard to replace those guys, but we've done it all year and we'll deal with it again.

Daley and Lightning forward Ryan Callahan were racing for a puck in the corner of Pittsburgh's zone when the two slammed into the end wall. Daley's left leg appeared to twist, and he fell to the ice. He attempted to stand on his skates and return to play but was unable to do so. When the whistle blew, he fell to his knees and a trainer tended to him. He needed assistance off the ice by his teammates. 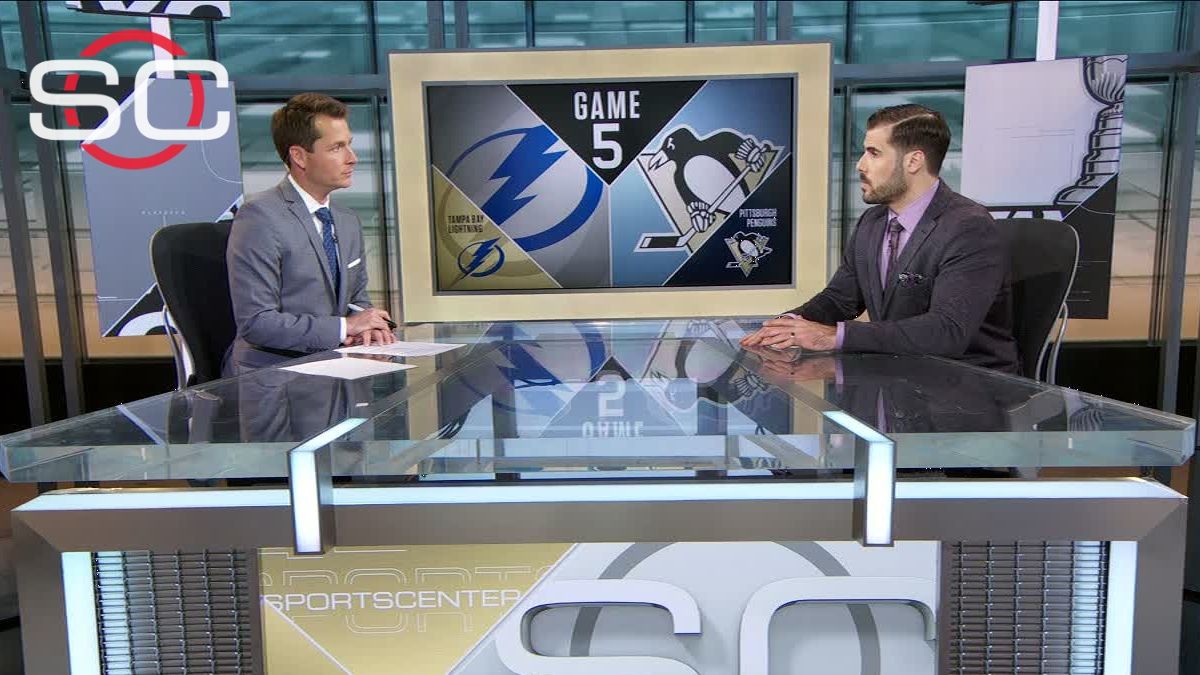