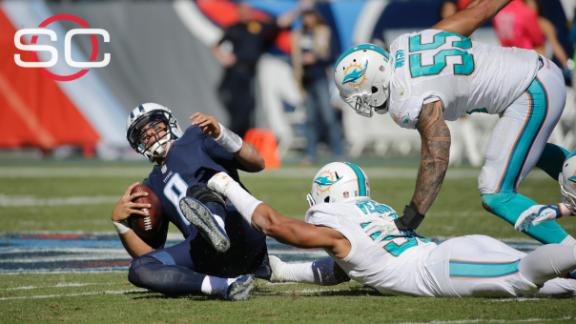 NASHVILLE, Tenn. -- Tennessee Titans quarterback Marcus Mariota has a sprained left MCL. The team will gauge his progress Tuesday to see to what extent he can practice Wednesday.

Titans coach Ken Whisenhunt said Monday that Mariota is moving well, but he'll be sharing reps as needed with backup Zach Mettenberger. Whisenhunt was not aware of the grade of Mariota's sprain.

A source told ESPN, however, that the MRI revealed a Grade 2 MCL sprain, which is often classified as a three- to four-week recovery.

Mariota's knee was injured when he was hit low by Miami's Olivier Vernon in the Dolphins' 38-10 win Sunday at Nissan Stadium.The league is reviewing the hit, according to a source.

"[Mariota] is walking around the facility here just fine," Whisenhunt said. "As the week progresses, we'll see how it goes and see if he has a chance to play."

Mariota didn't miss a play until he was pulled late, but he wore a left knee brace after suffering the injury in the second quarter.

"Yesterday in the second half of the game, he was moving around pretty good," Whisenhunt said. "In fact, a couple times he was out of the pocket. I think the big test was what he was like today, so it was positive that he was able to move around today. Once again, we're not going to do anything to put him in any kind of jeopardy, so that's going to be determined by how he progresses this week."

Mariota said after the game that he didn't consider the hit to be malicious, and Vernon apologized to him.

Both Whisenhunt and left tackle Taylor Lewan called Vernon's hit "bulls---." The coach reiterated Monday that "it was low, and it was late." 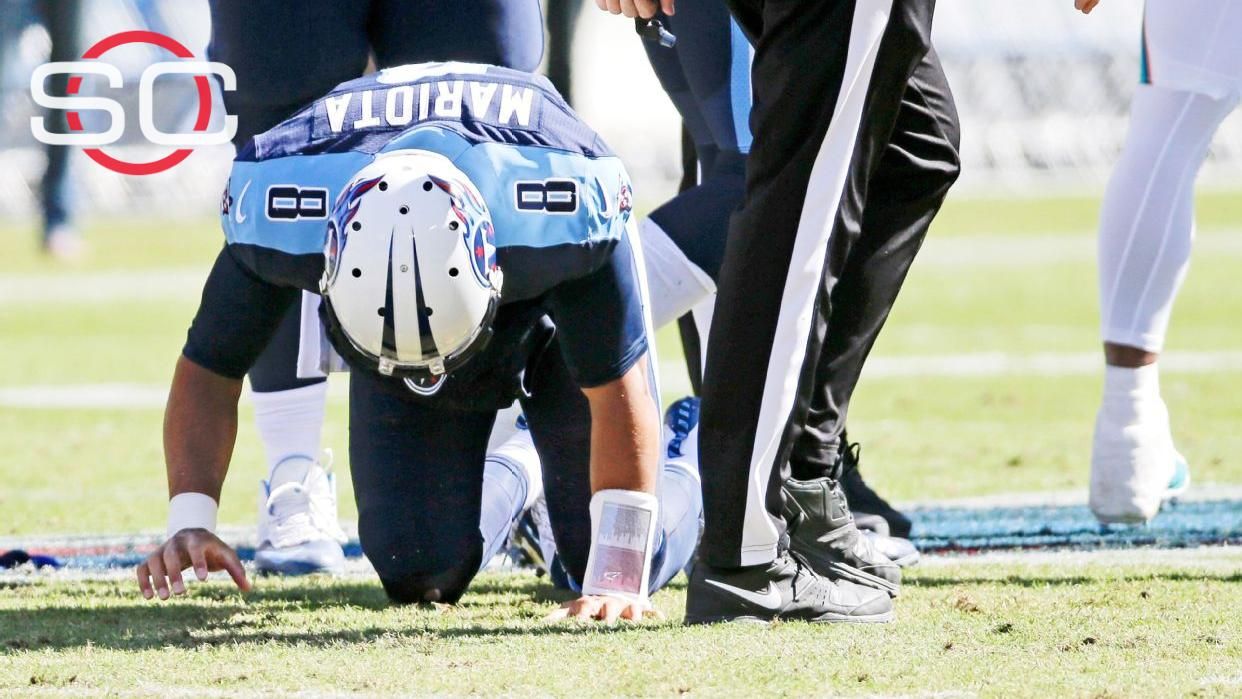 Mariota's mobility could be in question if he plays against Falcons
ESPN medical analyst Dr. Mark Adickes breaks down how even a minor knee injury could hamper Titans QB Marcus Mariota's mobility and overall play. 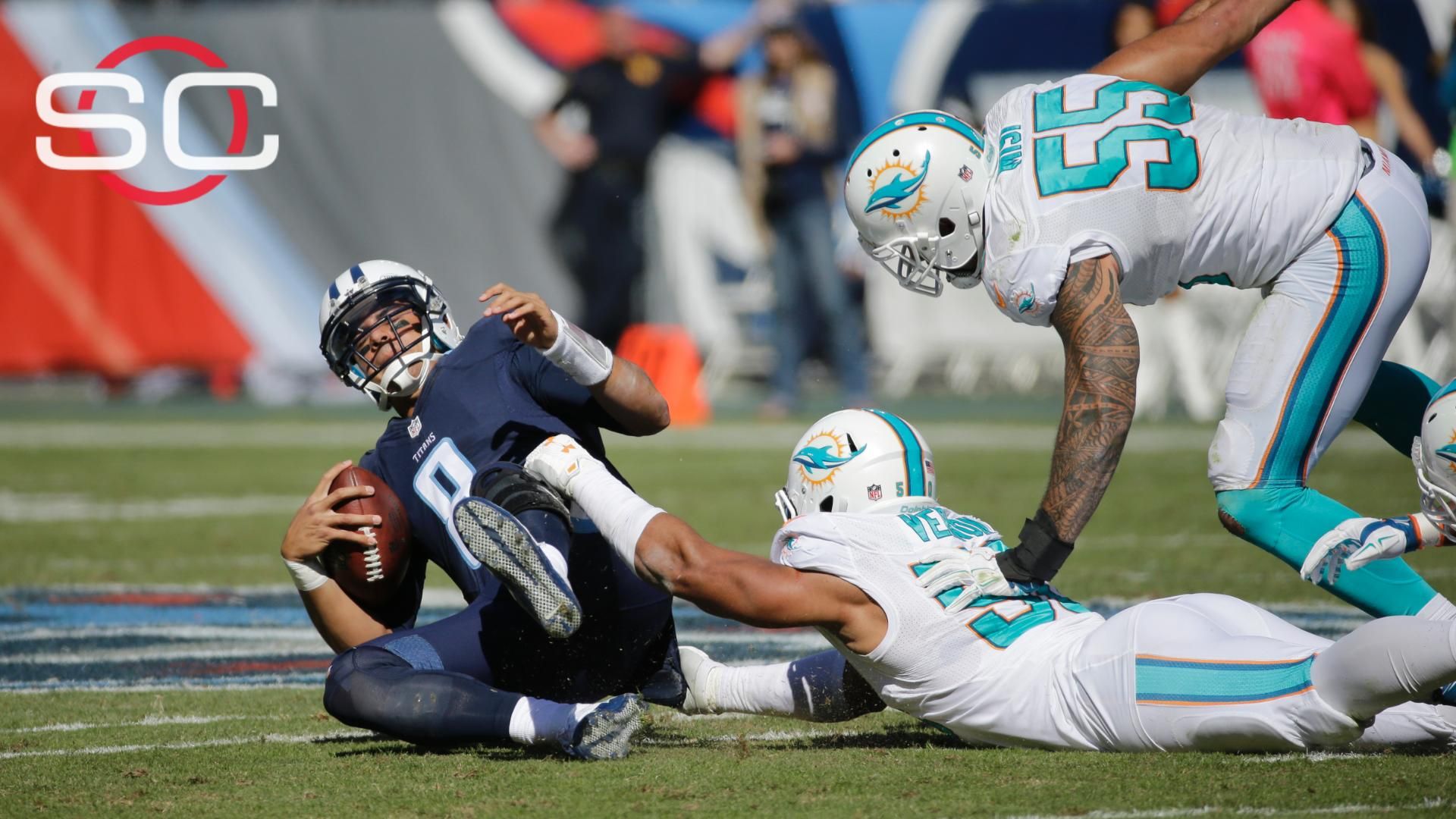