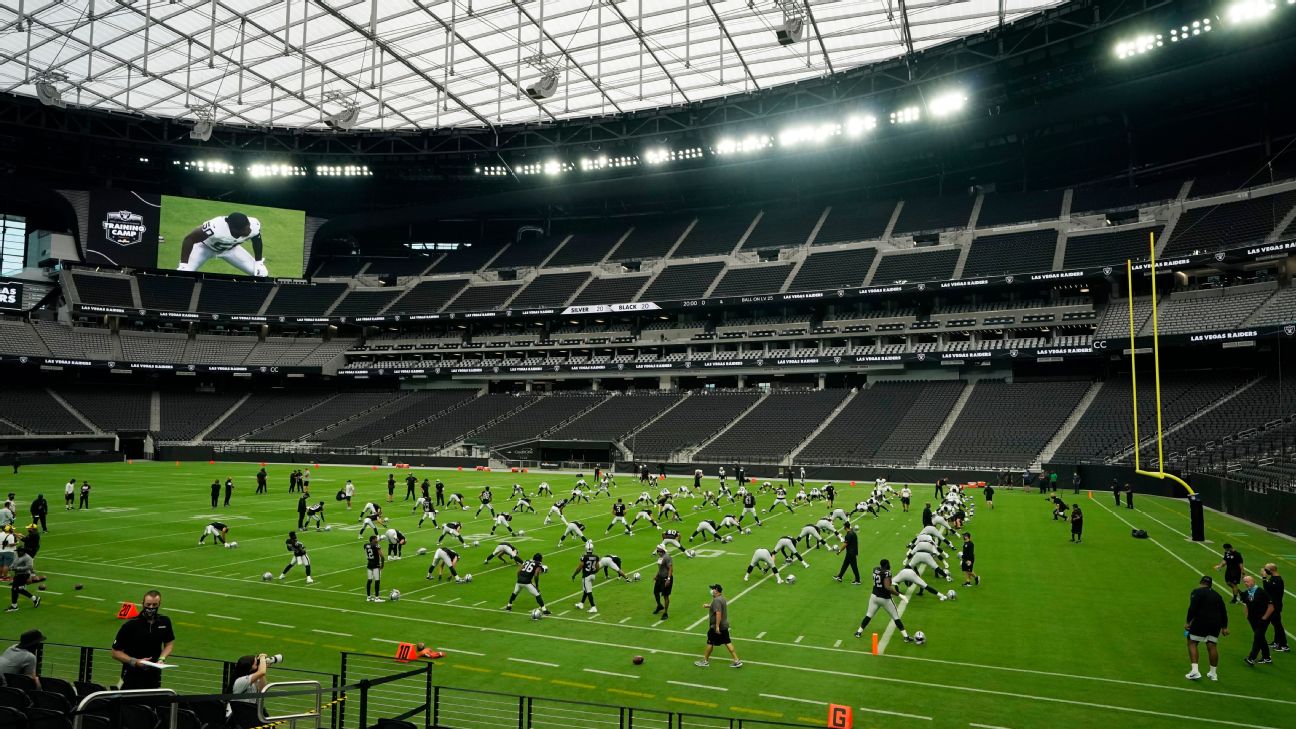 LAS VEGAS -- Mark Davis would often take midnight trips to Allegiant Stadium this summer, just to check on the progress being made on the Las Vegas Raiders' new $1.9 billion home.

Friday, the Raiders' owner sat on the team bench, soaking it all in for about an hour before the team broke in the 65,000-seat domed stadium -- with a translucent roof, sliding lanai doors facing the Las Vegas Strip and a grass field -- with a padded practice. Then Davis, having moved to the front of the massive Al Davis memorial torch, addressed the Raiders from up on high.


"Welcome to the Death Star, where our opponents' dreams come to die," Davis said.

"This is our field of dreams. This is our house. The stadium's personality will be defined by you, so take pride every time you step on this field wearing those famed black jerseys and silver helmets. You are the Raiders. There will be many personal accomplishments out here on this field. Someone on this field today will make the first tackle; somebody will score the first touchdown, and somebody will make the first interception. But most importantly, it is what we do as a team. So, I will leave you with three words -- Just win, baby. Welcome home."

The Raiders treated the practice as a pseudo pregame scrimmage, complete with player introductions, "The Autumn Wind" and "Hell's Bells" reverberating throughout the stadium, piped-in crowd noise and the players in full uniform, offense in black jerseys, defense in white.

And while the workout more closely resembled your run-of-the-mill camp practice some 11 miles south at the team's new facility in suburban Henderson, coaches and players alike were thrilled to be in a gamelike atmosphere.

From the three huge video screens to the state-of-the-art sound system to the field-level lounge/club behind the north end zone to the imposing 95-foot tall torch, with the Mandalay Bay and Luxor casinos looming behind it.

"This place is a one-of-a-kind joint," Raiders coach Jon Gruden said with a laugh. "We've just got to keep pounding this virus into the turf and open these doors so people can enjoy it like we did today. It's a spectacular, out-of-sight place.


"The bright lights, the natural grass in a domed stadium, the spectacular locker room, it's a state-of-the-art facility. It's got everything you can imagine, and I can't wait to share it with our fans. ... It's a lot different than Alameda. No disrespect to the old stadium, but it's a lot different."

The Oakland Coliseum was the lone remaining facility shared by both the NFL and MLB, and sewage problems became the norm in recent years at the stadium in California.

Running back Jalen Richard, who has said he was excited to no longer be tackled on the baseball dirt infield of the Coliseum, said he had to tell special-teams coach Rich Bisaccia, who usually throws him passes in pregame warm-ups, to "get you head out the lights" while admiring the new digs.

Richard said the black mirrored exterior of the stadium looked like "a nice limousine, or a blacked-out H2 Hummer ... aggressive.

"Then you get inside and it's just beautiful. From the glass ... the party area, the drinks, the club areas. Everything was nice and finished well."

Richard also said the seats seemed to be more "on top of us" than in Oakland.


"With this thing filled, it's going to rock," he said. "It's going to have that feeling like Minnesota's stadium where the fans are just on top of you."

But as Gruden noted, amid the COVID-19 pandemic, fans will not see the inside of the stadium this season as the Raiders have decided against fans at games.

And as such, Davis told ESPN he was sticking with his plan to stay away from home games as well.

"It's crushing. I know how bad it hurts our owner," Gruden said. "Mark Davis, he set this thing up. I don't know how he did it, but he's crushed. I know he's crushed for not being able to let his fans in here."

The Raiders had called Oakland home from 1960 through 1981 and again since 1995, after playing in Los Angeles from 1982 through 1994. The financing of Allegiant Stadium was made possible in part from $750 million in hotel taxes. 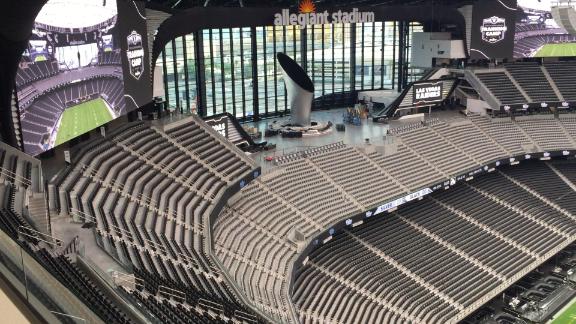