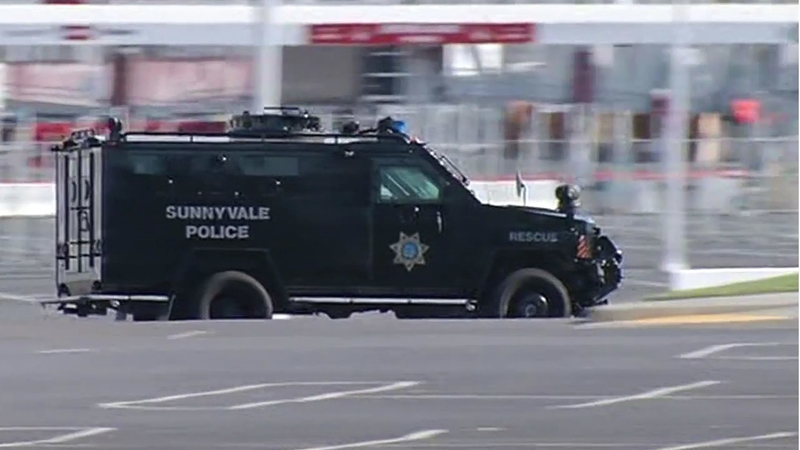 SANTA CLARA, Calif. (KGO) -- As the world continues to mourn and respond to the attacks on Paris, a massive security training exercise was held ahead of Super Bowl 50 at Levi's Stadium in Santa Clara on Tuesday.

The security exercise involved federal, state and local agencies. It's all part of preparation for Super Bowl 50.

Officials said the exercise was planned weeks before Friday's attacks in Paris.

The organizers said they are very much aware of world events, but they said the attacks on Paris did not change their scenario at the stadium. They said the details as well as tactics will be kept a secret.

Agencies from across the region rolled equipment to Levi's Stadium from ambulances to fire rigs. And it was apparent that a cast of dozens, if not hundreds, either volunteered or were assigned to be victims of a mass casualty event.

An FBI invitation for media to cover the drill was later rescinded. There was even discussion whether to cancel the event for fear some tactical details might be revealed.

"We try to keep this discreet, so there are certain things that we don't want filmed and we don't want publicized and that's all. And that's not that we're trying to hide anything, it's just operational security," Santa Clara Police Department Capt. Phil Cooke said.

Sky7 HD was over the exercise, but the scenario was never released. However, CH-47 Chinook personnel transport helicopters made several passes, indicating they might be part of an evacuation plan. "Training is always an integral part of the daily things we do and particularly when we face an event like the Super Bowl. We want to take all the precautions that we can to insure that we have the bases covered," FBI Special Asst. Agent Bertram Fairries said.

The two agencies said they train to make the stadium safe for the Superbowl, concerts and other events held there.

Retired San Francisco Police Department Capt. Al Casciato has been responsible for security for past Super Bowls at Candlestick. "In the planning process, you always have to prepare for the unknowns so you go through a variety of scenarios. What if this happens, what if it rains, what if it snows, what if you get a larger turnout of people than you expected and all those, you prepare for any eventuality," he said.

The flag at Levi's Stadium sat at half-staff Tuesday, a grim reminder of the terrorist attacks in Paris just a few days ago.