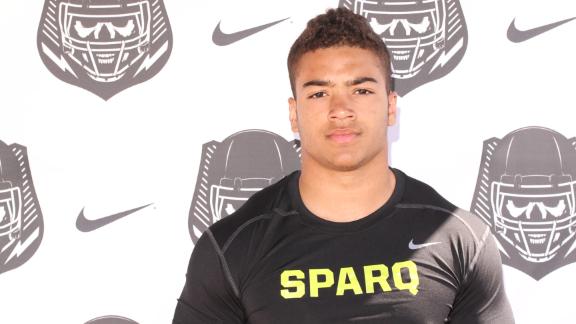 High school running back Matt Colburn has landed at Wake Forest, a week after Louisville asked him to delay his enrollment, drawing national headlines.

Colburn made the announcement at his South Carolina high school Wednesday, and Wake Forest coach Dave Clawson tweeted out the news after the school received his letter of intent.

Colburn drew widespread attention after Louisville inside linebackers coach Tony Grantham told him on Feb. 2 that there was no scholarship available for him in 2015. Instead, he was asked to grayshirt, delaying his enrollment until 2016.

Colburn, South Carolina's Mr. Football, had been committed to the Cardinals since June, and was taken aback with the news. Many schools offer grayshirts to recruits as a way to hang on to players when they have a full signing class.

Grantham told Colburn that the Cardinals needed his scholarship for defensive backs after three left early for the NFL draft.

Colburn said he was completely blindsided because he was told so close to signing day -- with no warning -- that this might be a possibility. His high school coach, Tom Knotts, was so upset that he announced Louisville coach Bobby Petrino and his staff were barred from recruiting at Dutch Fork High.

As soon as Wake Forest saw what had happened, the Deacons offered a scholarship. Colburn took a visit there this past weekend as well as Georgia Southern.

He chose Wake Forest over Georgia Southern, Furman and Marshall.

Wake Forest and Louisville, who are in the same division in the ACC, play each other Oct. 30.