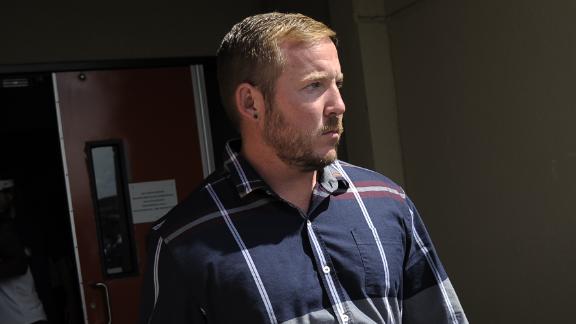 ALLEN PARK, Mich. -- During his four-game suspension from the NFL for a violation of the league's substance abuse policy, new Detroit Lions kicker Matt Prater spent time at a rehabilitation facility for treatment for his alcohol addiction.

Prater said Wednesday he went to Hazelden, a substance abuse treatment center in Naples, Florida, to seek help for his problems with alcohol. Prater said he has not had a beer for about six weeks and understands he has a zero-tolerance policy with the NFL.

He was suspended because he tested positive for alcohol after drinking at his home and also had a DUI in 2011. He indicated he'll be randomly tested once or twice a week to ensure he is staying with the program.

"It was voluntary," Prater said. "I wasn't forced to go. It was just something I thought I should do, and my family, they helped me out a lot."

He explained his issues and what he's been doing to fix them during an hour-long meeting with Lions coach Jim Caldwell on Tuesday before he went out and kicked around 15-20 field goals, performing well enough for the team to sign him.

"Take it a day at a time," Prater said. "Sometimes you've got to get knocked down and learn the hard way with life, and I'm thankful that I have a second chance here and learn from all the mistakes I've made in the past and will not repeat them."

In addition to his conversation with Prater, Lions coach Jim Caldwell said he, general manager Martin Mayhew and the team's scouts thoroughly investigated Prater's issues with alcohol that led to his suspension. Caldwell wouldn't say whether that included a conversation with his former quarterback, Denver Broncos quarterback Peyton Manning, other than to say "he was properly vetted."

"I am one who believes in a second chance," Caldwell said.

Caldwell, though, believes Detroit has a system in place both with the team's players and with its support staff to make sure Prater stays away from his addictions. Caldwell did not indicate whether or not the team will take certain precautions with him, like hiring a driver, but Prater said the Lions did not put any stipulations on him when he signed and that, "I have to hold myself accountable."

Prater has his own plan for keeping himself in line -- and he thinks the change from Denver to Detroit will help him. He said he understands now what could trigger himself getting in trouble.

"Certain atmospheres, there are certain triggers that people have, and for me, a lot of it is social settings," Prater said. "Staying out of certain places for me, and I think coming to a new city would be good because I'm not familiar with a lot of places. In Denver, I was familiar with certain places with drinking, and coming here, I'll just try to stay out of bar-type places and be more of a homebody type and figure out where I'm going to live."

He's going to do that understanding he has a second chance to continue his career, although he did say the Broncos' decision to release him "caught me off guard" when his suspension was close to ending. He said five or six teams reached out to him, but his first stop was in Detroit with the Lions, and he ended up not going anywhere else.

The Lions were in need of a kicker after the team cut Nate Freese and Alex Henery in the past month after they went a combined 4-of-12 on field goals this season, including 0-of-6 from 40-49 yards. Prater was the most accurate kicker in Broncos history and has made 51-of-54 field goals in the fourth quarter or overtime in his career.

And he views Detroit's team much like he does the Broncos.

"I look at this team the same as I do Denver," Prater said. "A lot of talent here and first in their division right now, and they said they lost some close games they should have won.

"Hopefully we'll get better and keep winning some games and maybe see Denver in the Super Bowl, who knows."

Prater Thankful For Second Chance
Lions kicker Matt Prater says he is thankful for a second chance and he voluntary entered a rehab facility for treatment for his alcohol addiction.