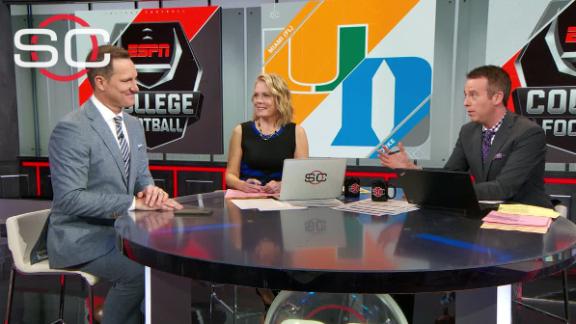 ESPN
CORAL GABLES, Fla. --Miamihas told season-ticket holders and donors that the Atlantic Coast Conference acknowledged "multiple incorrect calls" against the Hurricanes in lastweekend's wild win overDuke, including an erroneous pass-interference call on the drive on which the Blue Devils scored a go-ahead touchdown.

The Hurricanes made the announcement in a letter sent from athletic director Blake James on Thursday.

Miami won the game 30-27 after an eight-lateral kickoff return was ultimately run into the end zone by Corn Elder. The ACC said Sunday that play should have been over long before Elder scored because a Miami player's knee was down on one of the laterals, and the officiating crew was suspended for two games because of four errors found on that final play.

"Rest assured, beginning just hours after our victory, the University was forceful yet respectful in our approach," James wrote in his letter Thursday, offering some detail on how Miami went about voicing its displeasure to the ACC. "Earlier today we sent a formal letter to the conference office, summarizing and reiterating our concerns, and now consider this matter closed."

Miami had several issues with the officiating in the game, including an assertion that Duke's go-ahead touchdown with six seconds remaining should have been reviewed closely to see whether the ball carrier actually broke the plane of the goal line. The Hurricanes were called for three pass-interference penalties on that drive, one of which negated what would have been a game-sealing interception by Artie Burns.

Elder was called for the other two pass-interference penalties on that possession.

"Per ACC policy our football staff submitted the plays we believed were incorrectly called as a matter of weekly protocol, and were notified by the league that multiple incorrect calls impacting our team occurred during the game, including a pass interference call on the final drive," James wrote.

Teams almost always send some plays each week to the league office for review or to get clarity on the interpretation of certain rules.

James did not say which pass-interference call was deemed to have been made in error. The ACC, which publicly revealed the four mistakes it found on- and off-field officials made on Miami's game-winning kick return, did not immediately respond to a request for comment.

"The eight-lateral, touchdown play which won the game will forever be cemented in college football lore and in our storied history," James wrote. "The fact that the ACC publicly acknowledged officiating errors on the play does not, in any way, take away our victory or our incredible spirit."

"In the aftermath of the controversy related to the officiating of the game against Duke, I wish to express my disappointment with statements that question the legitimacy of our victory," Frenk said in a statement. "Let me be clear: Both teams fought hard and at the highest levels of competition, and in the end the University of Miami won." 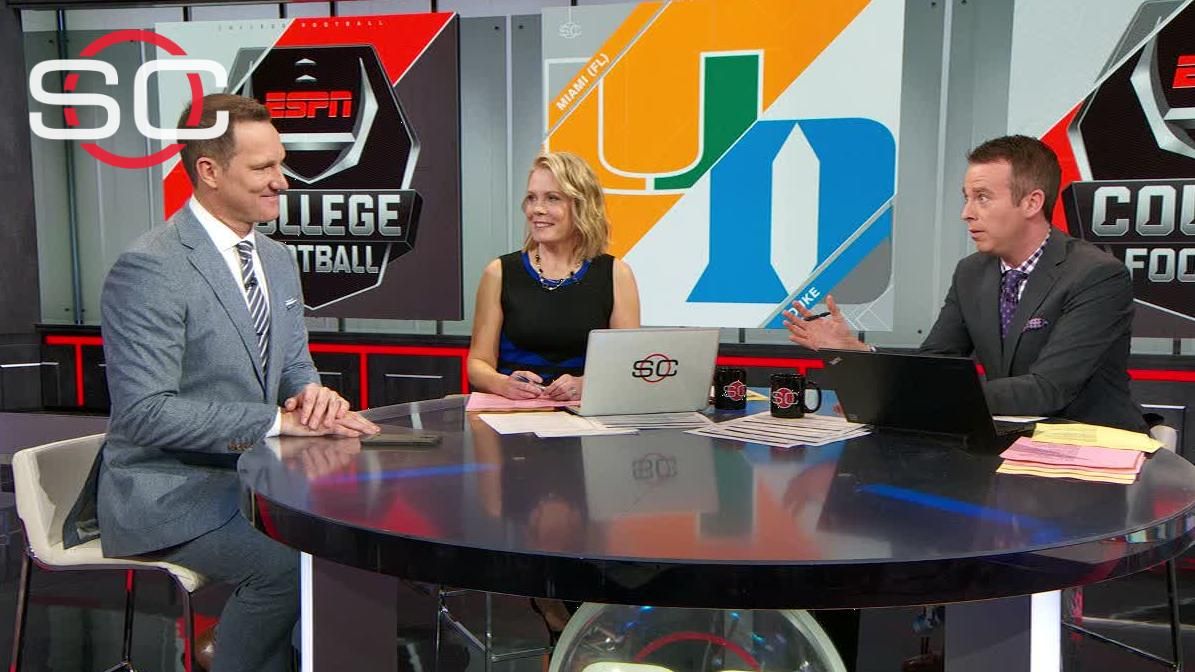