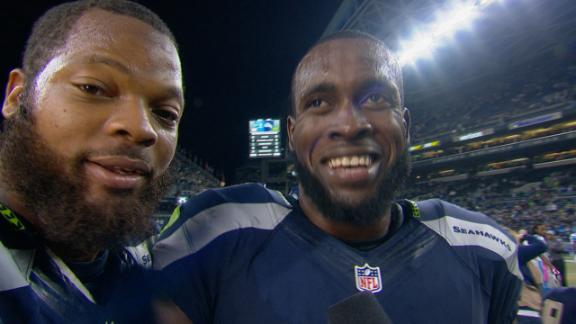 Strong safety Kam Chancellor was the story of the Seattle Seahawks' early season as he held out through training camp and the first two games looking for a raise.

Chancellor popped the ball out of Lions receiverCalvin Johnson's grasp as he lunged for the end zone late in the game. The play resulted in a controversial touchback and sealed the victory for the Seahawks.

After the game, Chancellor was being interviewed on the sideline when Bennett interrupted, shouting: "Pay him! Pay him!"

A three-time Pro Bowler, Chancellor signed a four-year, $28 million extension after the 2012 season, but the deal didn't take effect until 2013. The Seahawks refused to budge on restructuring a contract that had three years remaining, asserting that it would lead to a stream of players seeking new deals in the early stages of their contracts.