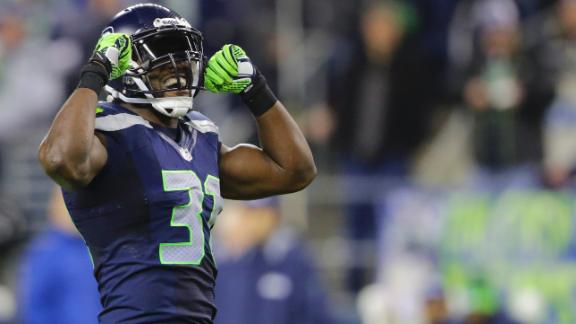 RENTON, Wash. -- Seattle Seahawks defensive end Michael Bennett said Thursday that, while he holds no ill will toward Pro Bowl safetyKam Chancellor and even supports him during his holdout, Chancellor's absence has clearly been felt.

"We miss Kam Chancellor, not just the way that he plays, but the way that he approaches the game, his leadership," Bennett said, four days after a34-31 overtime loss to the St. Louis Rams. "Even though Kam Chancellor wasn't in the game, we had multiple chances of winning that game. I wonder, would the conversation be the same if we won the game? Would people be saying, 'Hey, they don't need Kam Chancellor'? And so it's all about the wins and losses in this league."

Bennett said success would put the topic to rest.

"If we win on Sunday, people won't be talking about it," Bennett said. "But at the end of the day, we all want Kam to come back. We all understand what his fight is. And we all want him to get his just due. And he is one of the best safeties to play the game, so I think we miss him. We just miss his love. He's our brother."

Pete Carroll said Wednesday that the only way for the Chancellor situation to be resolved is for Chancellor to show up. There are no signs of that happening soon.

One reason the Seahawks don't appear ready to meet Chancellor's demands is because of the precedent it could set, given that there are three years left on his contract.

Bennett said he thought about holding out this summer but ultimately decided to show up. But Bennett said the circumstances surrounding his life and career weren't the same.