Michael Sam to compete on 'DWTS' 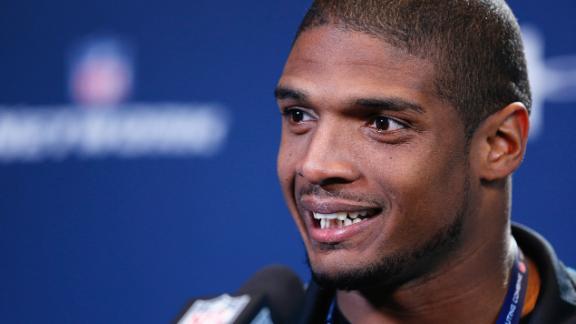 Michael Sam, the first openly gay player drafted into the NFL, is a member of the cast for the latest season of ABC's "Dancing With The Stars."

Sam, 25, was selected by the St. Louis Rams in the seventh round of last year's draft but was released before the start of the season.

The SEC co-defensive player of the year in 2013, Sam was signed to the Dallas Cowboys' practice squad in September but was waived less than two months later. In a piece published last week by TheMMQB.com, Sam wrote that he still plans to pursue a career in the NFL.

Suzanne Somers, Patti LaBelle, "Hunger Games" actress Willow Shields and "Shark Tank" investor Robert Herjavec also are on the cast for the 20th season of "Dancing With The Stars."

Athletes have done well in the reality series. Former NFL players Donald Driver, Hines Ward and Emmitt Smith are among the past winners.