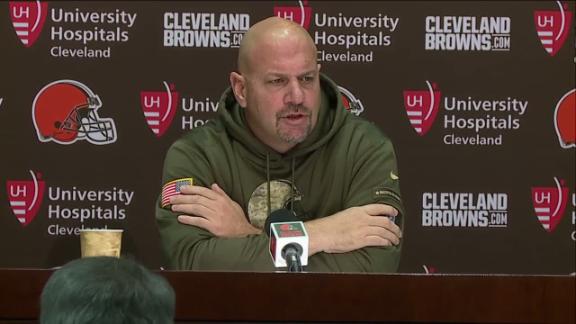 BEREA, Ohio -- The Cleveland Browns did not discuss releasing Johnny Manziel, but felt they had to demote him to the third team because he violated the team's trust in him, coach Mike Pettine said Wednesday.

Pettine made the decision to take the starting job from Manziel after a video appeared online of Manziel singing while holding what appeared to be a champagne bottle in a club in Austin, Texas, six days after he was given the starting job. Pettine said he made the move with the support of owner Jimmy Haslam and general manager Ray Farmer.

"When you have a great opportunity in front of you, it's important that you demonstrate you can handle the responsibility that goes with it," Pettine said.

Asked if this might signal the end of Manziel's tenure with the Browns, Pettine said he hoped that was not the case, and he added that nobody would be prouder than him if Manziel used this experience to better himself.

"I'm disappointed, but not ready to give up," he said."This is a heavy dose of adversity. We'll see how he handles it."

"The position of quarterback is always going to be held to a higher standard than any other position on the team. That's the reality," Pettine said. "It's not just about talent. It's not just about what you do on the field. To be successful at the position requires a great understanding of what's involved in the non-physical aspects, the leadership, the trust, the accountability, responsibility, the diligence. You have to take the mentality that no one is going to outwork you. That has to be understood when you play the position at this level. And when you have a great opportunity in front of you, it's important that you demonstrate that you can handle the responsibility that comes with it."

How Manziel handles his demotion will tell a lot, Pettine said, adding: "You lose trust in buckets and you regain it in drops."

On Tuesday, Pettine said Josh McCown (ribs) has been cleared to play and is "good to go" for Monday night's game against Baltimore. Austin Davis will be the backup.

"(Manziel) came to work this morning with obviously not the best circumstances and came in and took notes and did everything you're supposed to do," McCown said. "Given everything that's happened, it was the right response. I appreciate that from him. Obviously it isn't the easiest situation, but we work through it. We work through this thing together."

Pettine said he didn't want to look too far ahead, preferring to keep his focus on the present.

"As far as declaring a starter the rest of the year," Pettine said, "I just want to see how this plays out."

Pettine: QB will always be held to higher standard
Cleveland coach Mike Pettine discusses the importance of leadership, trust and accountability at the quarterback position, and why the Browns organization doesn't just evaluate on-the-field play. 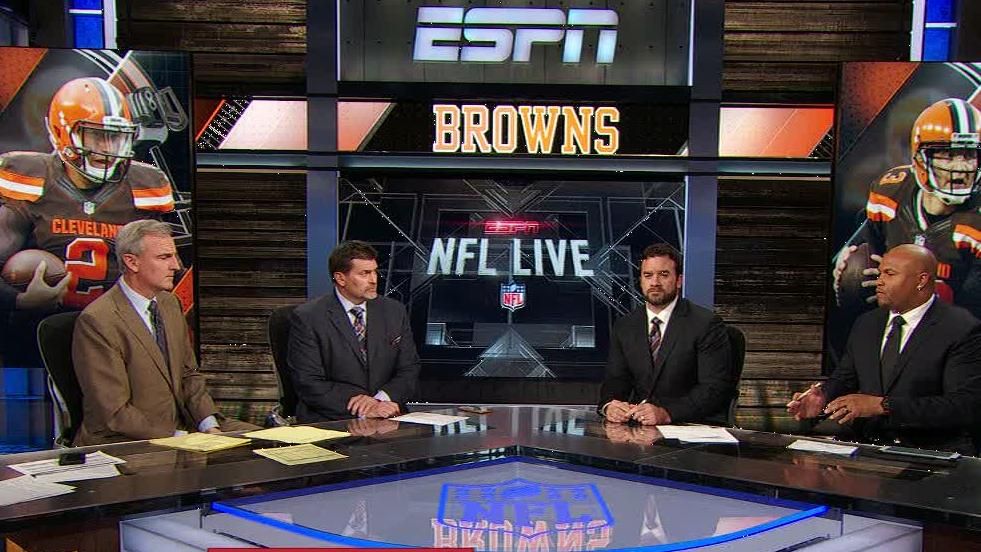