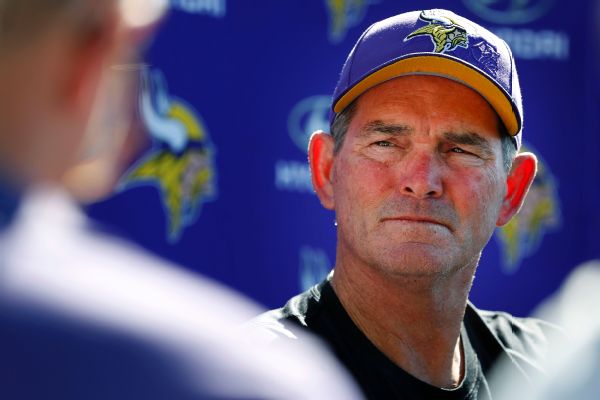 JACKSONVILLE, Fla. -- Vikings coach Mike Zimmer was able to travel to Florida with the team after two surgeries on his detached retina earlier this month, and he was on the sideline for Minnesota's game against the Jaguars on Sunday.

Zimmer on Friday downplayed the idea that he would need to coach from a booth because of his right eye, which caused him to miss the Vikings' game against the Dallas Cowboys on Dec. 1. A special pair of sunglasses, which block out vision through the right lens, will help him coach from his normal spot. Doctors told Zimmer they didn't want him looking above the horizon in the days after his fourth surgery, which occurred on Dec. 2.

When asked about his plans Friday, Zimmer said: "I'm not going to worry about it. The doctor just doesn't want me to get hit. That's all. So we'll be OK."

Zimmer first had surgery on his right eye Nov. 1, a day after the Vikings' loss to the Chicago Bears, and he had another operation on Nov. 8. Emergency surgery the day before Minnesota's game against the Cowboys caused Zimmer to miss his first game in 23 years of NFL coaching, but a league source told ESPN on Dec. 3 that Zimmer was set to go back to work following a fourth surgery the day after the Cowboys game. 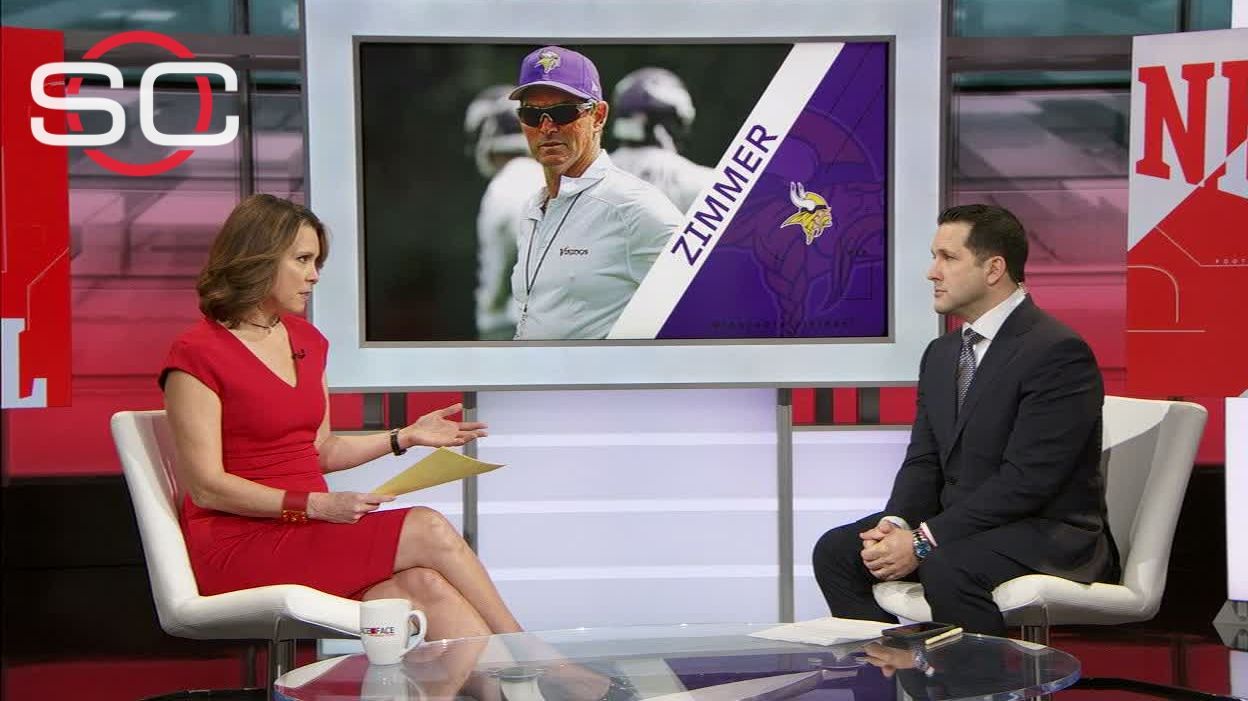