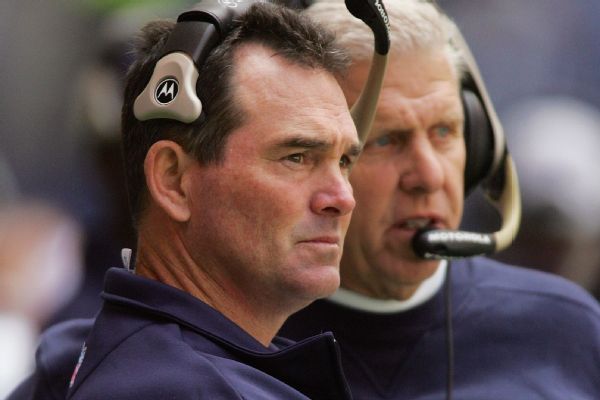 General manager Rick Spielman said Thursday that Zimmer was having issues with his vision Wednesday and then went in for surgery on a detached retina. Zimmer had a follow-up appointment Thursday and will be at home resting Thursday night.

"We have to see how his eye responds to the surgery," Spielman said. "I do know how intense Coach Zimmer is. Talking with him today and with the doctors, as much as he wants to be out there coaching tonight, it's in his best interest that we get this taking care of. Coach Zimmer has never missed a game. I know how hard this is on him. I can't express how hard on him it is that he won't be able to coach. But we have to look after his health."

Vikings special teams coachMike Priefer will be the interim head coach against the Cowboys. Spielman said that the focus is on getting through this next game and then the team will reassess.

Zimmer had surgery to repair a torn retina on his right eye Nov. 1, after he had scratched his eye during the Vikings' loss to the Chicago Bears on Oct. 31. Doctors had initially told Zimmer he ran the risk of going blind in the eye if he did not have the first surgery.

He was back at work later that day but had a second procedure on his eye Nov. 8. His eye appeared bloodshot during a news conference Nov. 9, as the coach squinted against bright lights, but Zimmer said that day that his vision was good.