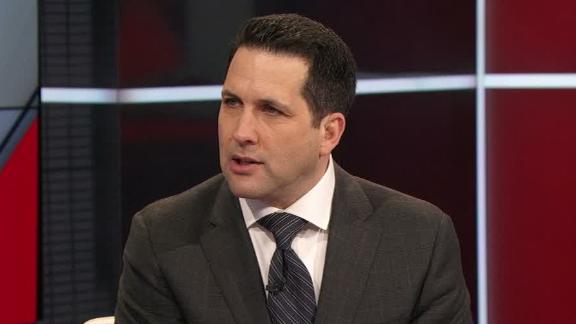 MINNEAPOLIS -- Minnesota Vikings coach Mike Zimmer, who had emergency surgery on a detached retina in his right eye Wednesday, will not coach against the Dallas Cowboys on Thursday night.

General manager Rick Spielman announced Thursday morning that special teams coordinator Mike Priefer will assume interim head coaching responsibilities for the Cowboys game. Spielman said he did not know how much time the eye surgery -- Zimmer's third in November -- would require the coach to miss. Priefer will be the interim head coach Thursday, though Spielman said the Vikings could take a different approach for future games if Zimmer is forced to miss additional time.

"I had numerous conversations last night before Coach Zimmer went under surgery. I talked to him numerous times this morning, going through the different scenarios," Spielman said. "I believe, at this time, for this game, the best scenario is to have everybody do their roles. [Interim offensive coordinator] Pat [Shurmur] has spent all week getting the offense prepared. [Defensive coordinator] George Edwards has spent all week with the defense. This frees up them from those head-coaching responsibilities for tonight's game, and we have the utmost confidence in Mike Priefer that he'll be able to handle the interim coaching duties for tonight."

Zimmer, who first experienced vision problems a few days before the Vikings' game in Chicago on Oct. 31, had his initial surgery on his right eye Nov. 1, and had another operation on Nov. 8. The Vikings hoped at that point, Spielman said, that the second surgery would alleviate Zimmer's vision problems, but the coach's vision declined Wednesday afternoon, and doctors determined Zimmer would need emergency surgery. A follow-up appointment Thursday morning led the Vikings to conclude Zimmer would not coach Thursday.

It will be the first game Zimmer has missed during his 23-year NFL coaching career. He will be resting at home Thursday night, able to watch on TV but prohibited by NFL rules from communicating with Vikings coaches during the game.

"As hard-headed as he is, and as tough-minded as he is, we had some pretty significant talks, one-on-one, heart-to-heart, on what is important in life," Spielman said. "I expressed to him specifically that potentially going blind in one eye is not worth one game in the NFL. You have to look out for your long-term health, and you have to look out for what's best for you. He finally seemed to realize that today, but it's very difficult for him to handle, because of his personality, because of his perseverance."

Spielman would not discuss any long-term medical ramifications for Zimmer, including whether he could be at risk of permanent eye damage. The coach had been to regular checkups since his previous surgeries, and "there's been steps in place to see if he can correct it without affecting his ability to be on the field," Spielman said.

"It got to a point where the surgery last night was more significant," Spielman said. "We have to see how his eye responds to that surgery; it's [been] a little over 12 hours right now. We'll make all those determinations going forward."