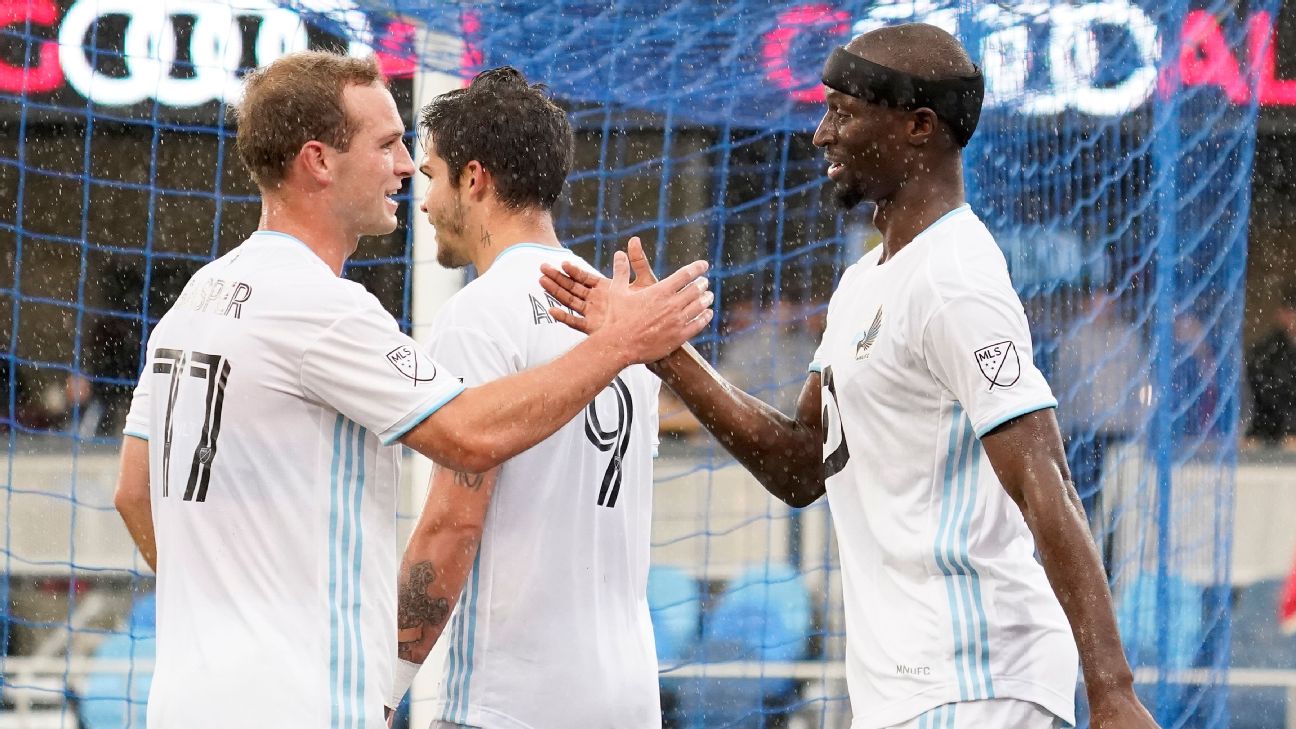 Ike Opara scored two goals, both from corner kicks, and Minnesota United FC continued to show off its scoring prowess with a 5-2 road victory Saturday against the San Jose Earthquakes.

Magnus Eriksson and Valeri Qazaishvili scored goals for the Earthquakes (0-1-1), who were unable to rally for a point like they did in their season opener last weekend against Toronto FC when they trailed by two goals and got even five minutes into second-half stoppage time.

The eight goals for Minnesota United are the team's most over the first two games of a season. The team is also 2-0-0 to open its schedule for the second consecutive season.

The Loons earned an early corner kick, with Opara scoring his first of the season off a header from a perfect out-swinging feed from the corner by Gregus.

The Earthquakes responded in the 19tth minute when Eriksson scored from the penalty spot. San Jose's Tommy Thompson was fouled at the edge of the penalty area by Minnesota United's Chase Gaspar in a call that was confirmed on VAR replay.

Gregus put Minnesota United in the lead for good in the 26th minute, scoring his first of the season off a pass from Amarilla. Just six minutes later, Amarilla was rewarded just like Gregus was with a goal of his own for a 3-1 lead. It was his second of the season.

Three minutes into first-half stoppage time, the Loons increased their lead to 4-1 when Lod found the back of the net immediately after a penalty kick from Amarilla was saved by Earthquakes goalkeeper Daniel Vega. It was Lod's first of the season.

Qazaishvili scored his first of the season for San Jose in the 53rd minute to cut the deficit to 4-2.

Opara, the 2019 MLS defender of the year, delivered his second header off a Gregus corner kick in the 71st minute. 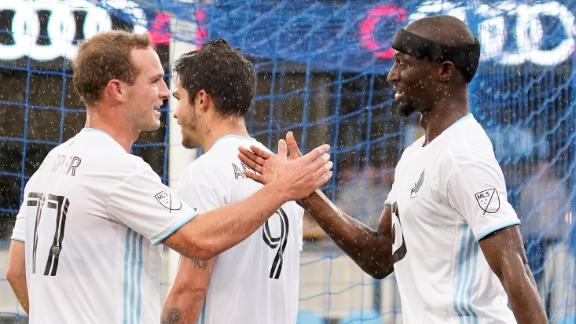