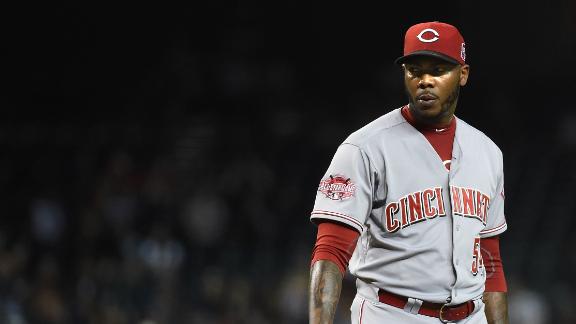 According to police reports obtained by ESPN, Chapman's girlfriend told police that the 27-year-old pitcher "pushed" and "choked" her during a verbal altercation Oct. 30 at their shared home in Davie, Florida. The accuser, 22, said the couple was fighting because she "found something on his phone that she did not like."

No arrests were made during the investigation "due to conflicting information and lack of cooperation from all parties involved."

According to the police report, the case was brought to Assistant State Attorney Marcie Zaccor, who decided there wasn't enough evidence to charge Chapman with simple battery.

Joe Torre, MLB's chief baseball officer, said Tuesday morning that the league was not aware of the incident until late Monday. He said there is no timetable for the investigation and that the league is still in fact-finding mode.

"We're in the process of getting all information necessary," Torre said in a news conference.

The reported trade of Chapman to the Los Angeles Dodgers iscurrently in limbo.Sources tell ESPN's Mark Saxon that the Dodgers continue to work on other bullpen options and the Chapman deal is "certainly not trending" toward completion.

Officers from the Davie Police Department responded to a call about a domestic disturbance and shots fired at the home at around 11 p.m. on Oct. 30. Chapman's girlfriend told police he had pushed her during a fight and that she heard "shotgun blasts," which prompted her to run outside and hide behind bushes until police arrived.

The woman's infant daughter was still in the house when police arrived, and the woman told police she ran outside "because she was scared for her and her daughter."

According to the report, Chapman told officers the two were arguing about his cellphone in a separate room when he became "aggravated" and "pushed her against the wall." Her brother came in to break up the argument, and her mother also tried to intervene, according to the report.

After they arrived, officers made several attempts to reach Chapman, and they set up a perimeter around the home to check for firearms and question any witnesses involved in the incident.

When Chapman came out of the home, he told officers that during an argument over his cellphone, "he used his index and middle finger, he [sic] poked his girlfriend on the left shoulder and told her not to talk to him like that. He said that she fell to the floor and started yelling," according to the police report.

After the argument was broken up by family members, Chapman told police he got in the passenger seat of his vehicle and "punched the passenger side window with his left fist inside the vehicle, creating a laceration to his left pinkie knuckle."

Chapman, according to the report, said he then retrieved his pistol, locked himself inside his garage, fired "several shots" and threw the pistol away inside the garage. Crime scene investigators later recovered eight shell casings inside the garage.

It was not immediately clear whether Chapman had a license for the firearm.

The accuser's brother and Chapman's friend and personal driver were interviewed by police about the incident, though both men refused to provide sworn recorded statements.

Chapman's friend did tell police that Chapman's girlfriend, who is listed in the report as being 5-foot-7, 130 pounds, "tackled" the 6-4, 215-pound Chapman, and that he had removed Chapman's gun from the garage and locked it inside of Chapman's vehicle to "prevent anyone finding the firearm and hurting themselves."

Photographs of the alleged victim's neck and chest were submitted to the Davie Police Property Control, but she left the scene of her own accord and signed an affidavit of complaint "advising she did not wish to prosecute."

A paternity case was filed on behalf of the accuser in Broward County on Nov. 4 seeking temporary child support and related expenses, as well as attorney's fees. Chapman was served with a summons related to the suit on Nov. 5, according to court records.

The petitioner's attorney declined to comment on the ongoing case.

Chapman's attorney, Jay Reisinger, reiterated in a text message to ESPN's Jerry Crasnick what he'd said in an earlier statement to Yahoo! Sports, who first reported the incident: that he "vehemently" denied the allegations outlined in the police report and declined to comment further. 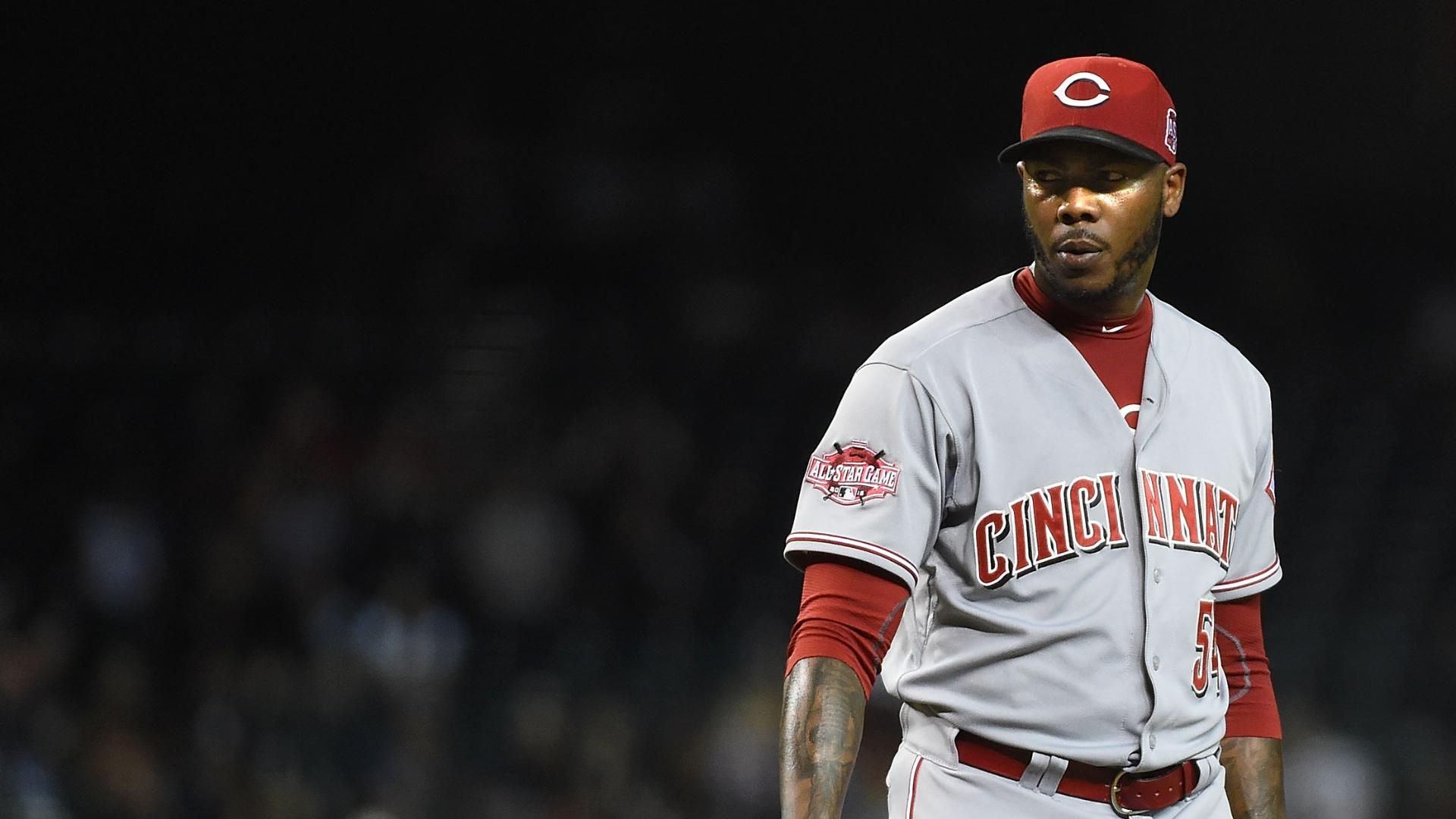