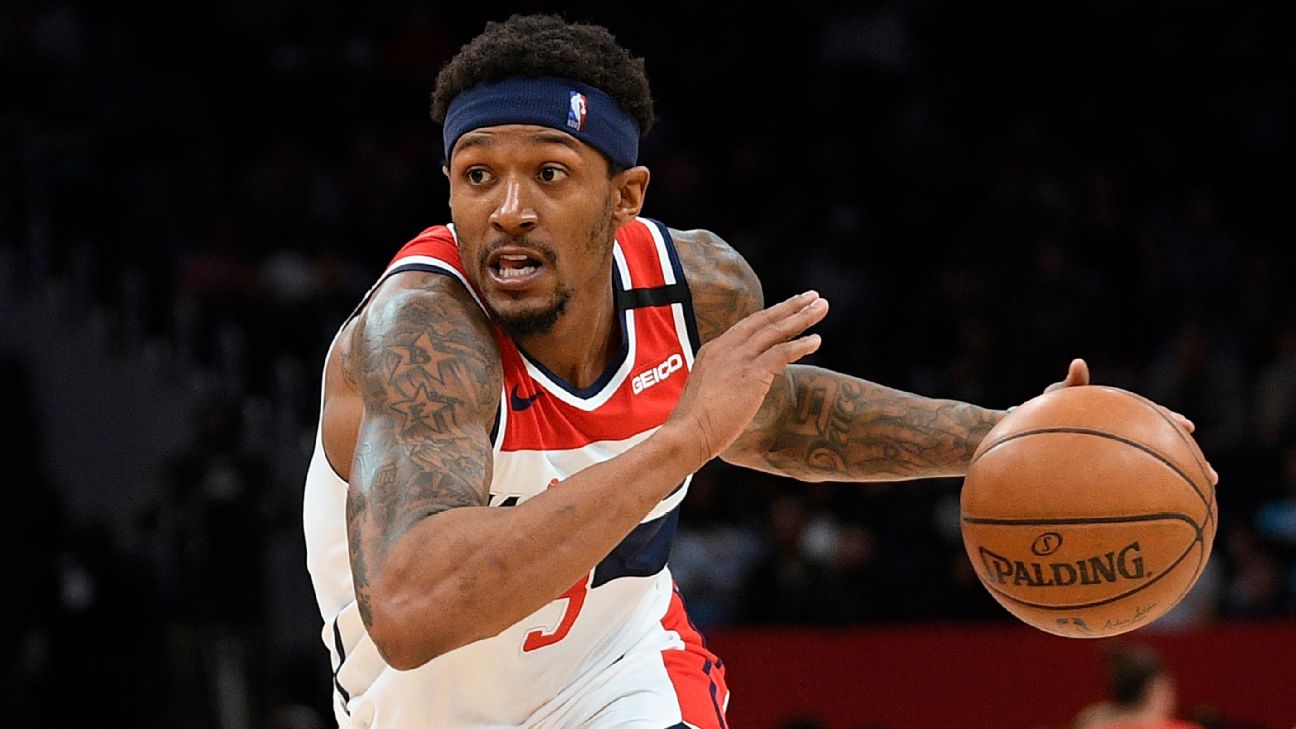 LAKE BUENA VISTA, Fla. -- The NBA playoffs are in full swing inside the league's bubble at the Walt Disney World Resort, but preparations for the 2020 draft and free agency are already well underway.

It's still not clear when the draft will happen or what the pre-draft process will look like. Thanks to last month's lottery, though, league insiders have a better sense of the big questions surrounding teams with top picks, potential trades and top prospects.


What kind of deals can the Golden State Warriors swing with the No. 2 pick? What should the Minnesota Timberwolves do at No. 1? Which prospects are the most underrated and overrated? Here's our look at seven pressing items heading into the offseason, with predictions and intel from NBA front office executives and scouts.

What should the Timberwolves do with the No. 1 pick?

The situation: The Wolves, now featuring two core pieces in Karl-Anthony Towns and D'Angelo Russell (both age 24), have made the playoffs only once in 16 years.

Will Minnesota take a top prospect several years younger than its two building blocks or try to move the No. 1 pick for more immediate help?

What league insiders are saying: While Minnesota would love to pull off a blockbuster move and team up Phoenix Suns star Devin Booker with close friends Russell and Towns, Phoenix isn't going for that. Most league insiders expect the Wolves to take Georgia guard Anthony Edwards, considered the best positional fit among the top three prospects (including National Basketball League guard LaMelo Ball and Memphis center James Wiseman).

But one Eastern Conference executive said it would make sense for Minnesota to try to trade down and collect extra draft picks.

"I wouldn't be opposed to doing that, because I could then use those picks to get what you need when you see what you have with [Towns] and Russell," he said. "If you break [No. 1] into several picks, then you can trade with an expiring contract to get a player."

What should the Warriors do with the No. 2 pick?

The situation: The Warriors had the league's worst record after injuries ruined their chances of extending their run of five consecutive NBA Finals appearances. Now armed with the second pick, Golden State has a choice: Draft a young prospect to try to extend a bridge to the next great Warriors team or attempt to trade for a star who can help now.

What league insiders are saying: People around the league are unanimous in thinking that the Warriors will do their best to pull off a trade. But finding the right trade is the problem.

Booker isn't available. Neither is Washington Wizards guard Bradley Beal. Despite a first-round playoff exit, Philadelphia 76ers general manager Elton Brand has declared Ben Simmons and Joel Embiid off limits as well. The best package Golden State has to attract a star -- forward Andrew Wiggins, the No. 2 pick and Minnesota's lightly protected 2021 first-round pick -- would almost assuredly be available if any of those players do hit the trade market.

The most gettable name might wind up being New Orleans Pelicans guard Jrue Holiday, but he turned 30 in June and can hit free agency in 2021. Celtics guard Marcus Smart was mentioned as another good fit, yet it's hard to see Boston being willing to move him.

While a Beal deal isn't available now, collecting pieces to try to acquire him before next season's trade deadline was among the most popular suggestions.

"That's the argument for drafting the guy with the broadest appeal and [the Warriors] trying to position themselves to trade for Beal later," an Eastern Conference executive said.

Barring a trade, Wiseman was the predicted pick.

"I think Wiseman fits better than people think," a Western Conference executive said. "I think [the pick is] more likely to be traded, but I don't hate Wiseman there."

Which lottery teams should look to trade their pick?

The situation: This is a wide-open draft -- both in terms of a lack of consensus among the prospects and unknowns surrounding lottery teams' plans.

Will some teams look to get out of a draft that's considered weaker than usual and try to acquire ready-to-win talent? Will others look to shed salary after a brutal stretch financially for the league due to the coronavirus pandemic? Will the fluidity after the top three prospects lead to lots of teams trading up and down?

How teams answer those questions will shape how the draft shakes out.

What league insiders are saying: Two teams repeatedly came up as active trade candidates: the Atlanta Hawks (No. 6) and Phoenix Suns (No. 10).

Both have young talent and ownership expects them to compete for the playoffs. Insiders could see both moving their pick if the right veteran player comes along. Each team is also projected to have cap space to help facilitate a deal, if necessary.

Who is the most underrated draft prospect?

The situation: Trying to get people to talk about players they like ahead of the draft is a difficult exercise. Teams are hesitant to give away any hints as to the undervalued players they like.

Still, we were able to come up with a few names that stood out across the board.

Who is the most overrated draft prospect?

The situation: Polling execs and scouts for overrated prospects is much easier, with multiple players at the top of draft boards getting votes.

Toppin was the most popular pick here. While insiders find him intriguing, they don't see the 22-year-old as a prospect who belongs at the top of the lottery.

"I think he's a good player and I like him and he had an unbelievable year, but this consensus top-five status he's obtained is weird to me," an Eastern Conference scout said.

"I don't know when I watch him that I'm convinced he can replicate what he's doing now in an NBA game," a Western Conference scout said. "I think he's a tweener."

"I'm worried about Edwards," an Eastern Conference executive said. "He'll probably average 20 per game, but has Zach LaVine written all over him. He's a talent, but I'm not 100 percent sold he should be the No. 1 pick and that he's going to be great."

"Wiseman is less skilled than Deandre Ayton," one executive said, "and not as good."

What should the NBA do about the timing of draft and free agency?

The situation: As the NBA season moves toward completion, the next item on the agenda is to figure out these key offseason dates. The draft is currently scheduled for Oct. 16 with free agency following on Oct. 18, though that's looking increasingly unlikely as negotiations continue between the league and the National Basketball Players Association.

What league insiders are saying: Most people around the league believe that the draft and free agency will be pushed back to sometime in the middle of November. That would allow for the completion of play inside the bubble and then for the league and the union to sort out the NBA's financial future. That's a necessity for teams to properly plan for their approaches to trades and new contracts.

While there's agreement that it's imperative for the league to get its finances in order before transaction season begins, there's also pressure to move quickly because some teams have been sitting at home since March.

"The longer you go, the more uncertainty there is with free agency," one West executive said. "If you're a free agent, who do you work out with? Now you're stuck. It's one thing if the season was ending as normal. Now we're talking seven months later to sign [players]? That's scary."

Where will the NBA's cap and tax wind up for next season?

The situation: The single biggest question teams are looking for an answer to is what next season's salary cap and luxury tax numbers will be.

A severe decline in revenue without fans in attendance at games has made the pre-shutdown projections for future seasons obsolete. Will the NBA come up with an agreement to artificially set the cap? Or will the cap naturally plummet as basketball-related income (BRI) falls?

What league insiders are saying: The consensus opinion is that the salary cap and luxury tax numbers for the 2020-21 season will be exactly what they are this season: $109.14 million and $132.63 million, respectively.

"Everyone has learned their lesson on salary cap spikes," said a Western Conference executive, referring to the summer of 2016 when the cap shot up by more than $20 million, paving the way for Kevin Durant to join the Warriors.

Letting the cap fall and then eventually spike back up as revenue climbs could lead to unfair competitive disadvantages and financial challenges across the league.

The more complicated question is how long the cap should remain at an artificial number. Multiple executives floated the possibility of setting a cap untethered to BRI for multiple seasons, allowing teams to plan for the future until fans can return to arenas in full.

"I'd be legit shocked if the cap wasn't flat next year," an East executive said. "The question is how many years after that? I'd guess the players will push for less, and the league will push for more." 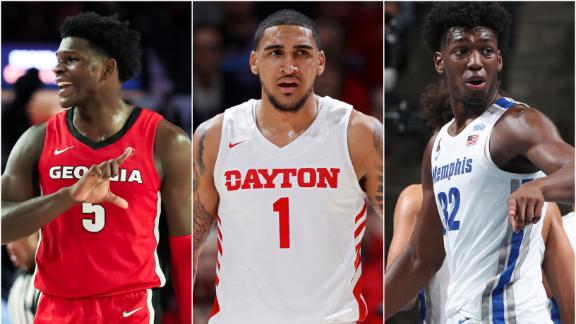 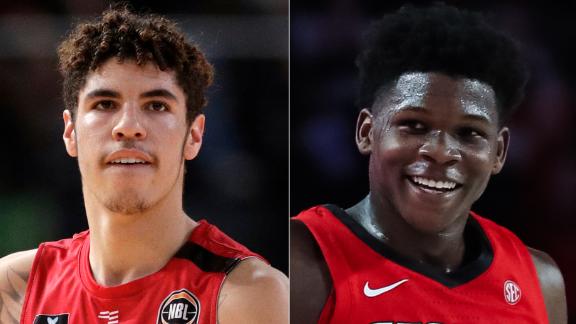 Breaking down the potential No. 1 pick in the 2020 NBA draft
With the Timberwolves grabbing the top pick in the 2020 draft, Jay Williams and Jay Bilas break down who they would take if they had to choose right now. 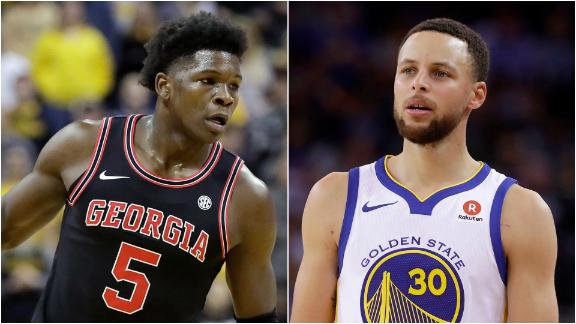 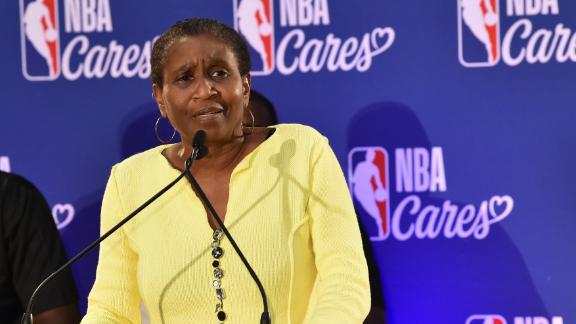