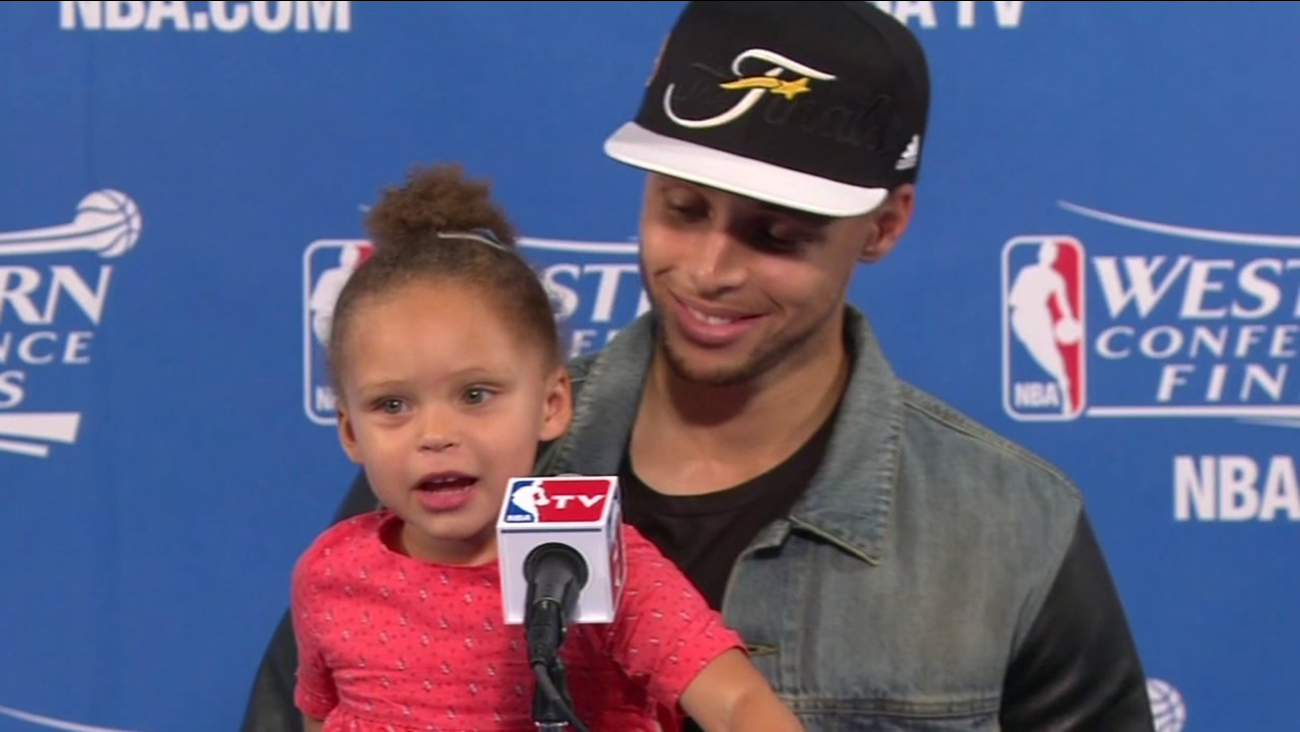 File photo - Warriors' Stephen Curry speaks at a press conference while he hold his daughter. (KGO-TV)

OAKLAND, Calif. (KGO) -- The Golden State Warriors being in the NBA Finals elevates the players profiles and could lead to hefty paychecks off the court, especially for superstar Stephen Curry.

Curry has a $44 million four-year contract with the Warriors, but that could be chump change compared to potential earnings off the court.

"The sky's the limit for him," Stanford University economist Roger Noll, Ph.D., said. "This season especially if the warriors were to win the championship by going to put him in the same category as LeBron James and Michael Jordon, Magic Johnson."

"When Steph Curry makes a 3 pointer, I scream like most of the time," Joanna Mabborang said.

The entire team gets some bounce with merchandise sales. The Warriors are now third highest in the league.

Draymond Green has a commercial for Beats by Dre, but Noll says at any given moment there are only two or three athletes in each professional sport who can command up to $100 million a year in outside income and LeBron James is far and away the king. "The necessary condition is they perform very well, they be one of the best players in their sport, but then the second condition which is equally important is that they have a personality," Noll said.

Noll says these Express clothing ads are an example of the kind of endorsement that fits Curry's everyday guy personality.

He is brand ambassador, just one product in a growing endorsement portfolio that's appealing to fans. "As long as he keeps his nose clean and stays the way he's supposed to, I don't think Steph will have a problem ever as far as with marketability or anything else goes," Shawn Schmidt said.

And now we've all seen the tiny secret weapon that's making Curry's popularity soar - his daughter. "I expect to see her in more commercials in the future," Noll said.