NBA playoff MVPs: Who has been the best of the best? 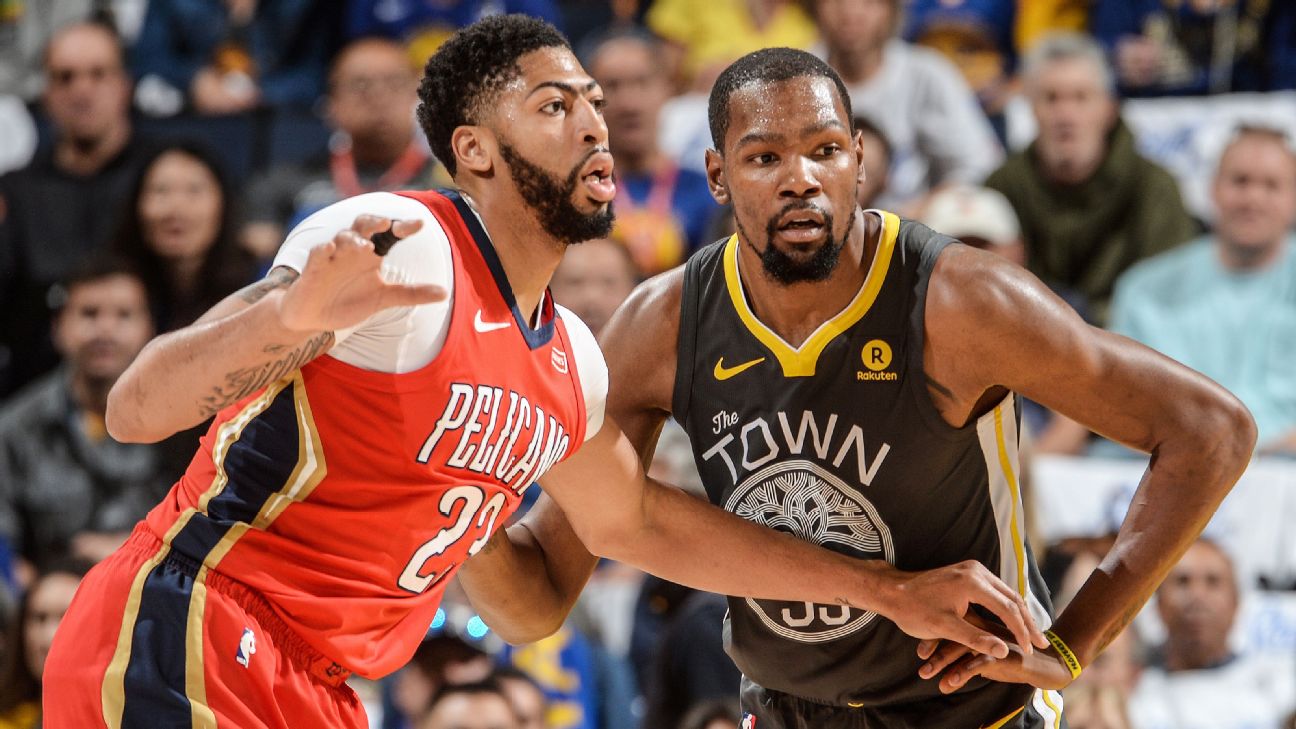 ESPN
By André Snellings
The Cleveland Cavaliers are the first team to reach the conference finals, while three other squads are only a win away from joining them there.

With the homestretch soon upon us, it's time for a second look at the players who have led the way -- the MVPs doing the most to elevate their teams in the playoffs.

James remains atop this list, and if anything, his grip on the top spot is considerably stronger. He has put up monstrous numbers, made two buzzer beaters and revived the conversation about where he should be on the GOAT list.

Once again, he measures out on top by every playoff box score measurement, and his Herculean ability to do it all on offense while leading defensively has powered his team through to the Eastern Conference finals. Plus, his personal demolition of the Toronto Raptors has spawned a host of hilarious memes and hashtags (#LeBronto).

Harden remains the engine of the NBA's top-seeded team, which has continued its workmanlike path to a 7-2 record through nine playoff games. Harden leads the Rockets in both points and assists, and trails only LeBron in all of the composite box score stats.

The Rockets are facing arguably the best defensive team in the NBA and are still slicing through it very effectively on their collision course with the defending champion Golden State Warriors.

Davis was magical in leading the Pelicans to a sweep of the Portland Trail Blazers in the first round, and he has continued to play well even against reigning Defensive Player of the Year Draymond Green and the Warriors in this round.

Teammates Jrue Holiday and Rajon Rondo also deserve a lot of credit for the way the Pelicans have played, as they have generated much of the team's offense and played pesky defense. But Davis is the foundation that the Pelicans are built upon, and his ability to finish at volume and efficiency on offense while also playing strong defense is the backbone of the team.

Antetokounmpo is the only player to make this list whose team didn't make the second round. He played outstanding ball in the first round, leading the Bucks to a seventh game against a Boston Celtics squad that has proved to be an East contender.

Antetokounmpo handled the ball a lot on offense but also played plenty of center on defense, a role that could be part of his destiny as he makes the leap to full-on annual MVP candidate moving forward. He led the Bucks in points, rebounds, assists and steals in the postseason.

While Kevin Durant leads the Warriors in scoring, Green pushes them in every other way.

He's first on the team in rebounds (11.2 per game), assists (9.0), steals (1.7) and blocks (1.2). He is the Warriors' defensive anchor, vocal leader and glue guy. In fact, with Stephen Curry (knee, ankle) out for all but three games, Green has been the MVP of the Warriors thus far in the postseason.

Durant has been the primary scorer with Curry out, and he's coming off a huge 38-point effort in Game 4 to help the Warriors take charge against New Orleans. Of course, he also gives credit to Green for sending him the 4 a.m. text that got him fired up.

Curry's return has allowed the Warriors to get back to their characteristic ball-movement and free-flowing offense, but Durant remains the best isolation scoring threat on the team.

Horford has been the most consistent Celtics player this postseason, the linchpin for the team's strategies in both series.

In the first round, his all-around play opened things up for his teammates. In the second round, his ability to body Joel Embiid in the paint while outquicking him on the perimeter has helped throw the 76ers off balance as the Celtics have raced to a 3-1 series lead.

With all due respect to Chris Paul, who has played well, Capela has been the second-most-impressive Rocket thus far this postseason. Capela represents the vertical threat portion of Houston's offense, complementing the engines (Harden and Paul) while both freeing and cleaning up shots from the 3-point shooters.

Capela is the defensive anchor, and he's coming off a monster six-block effort in Game 4, during which he also let loose his Mutombo finger wag. Capela has to continue to play at a star level for the Rockets to have a chance to get through the Western Conference.

Rozier is leading the Celtics in points and assists while shooting better than 40 percent from downtown at a high volume. More impressively, he has taken excellent care of the ball, to the tune of only 14 turnovers versus 67 assists in the playoffs.

Rozier has been both a steady hand leading the offense and an explosive perimeter scorer who has the Celtics on the verge of the conference finals.

The Jazz defense, as always, is captained by Defensive Player of the Year front-runner Gobert, who led the NBA this season with a defensive real plus-minusof 5.29. Rookie Donovan Mitchell has been the primary scoring punch and Joe Ingles the unsung X factor, but Gobert's defense and rebounding are the main reason behind the competitiveness that the Jazz have displayed this postseason.