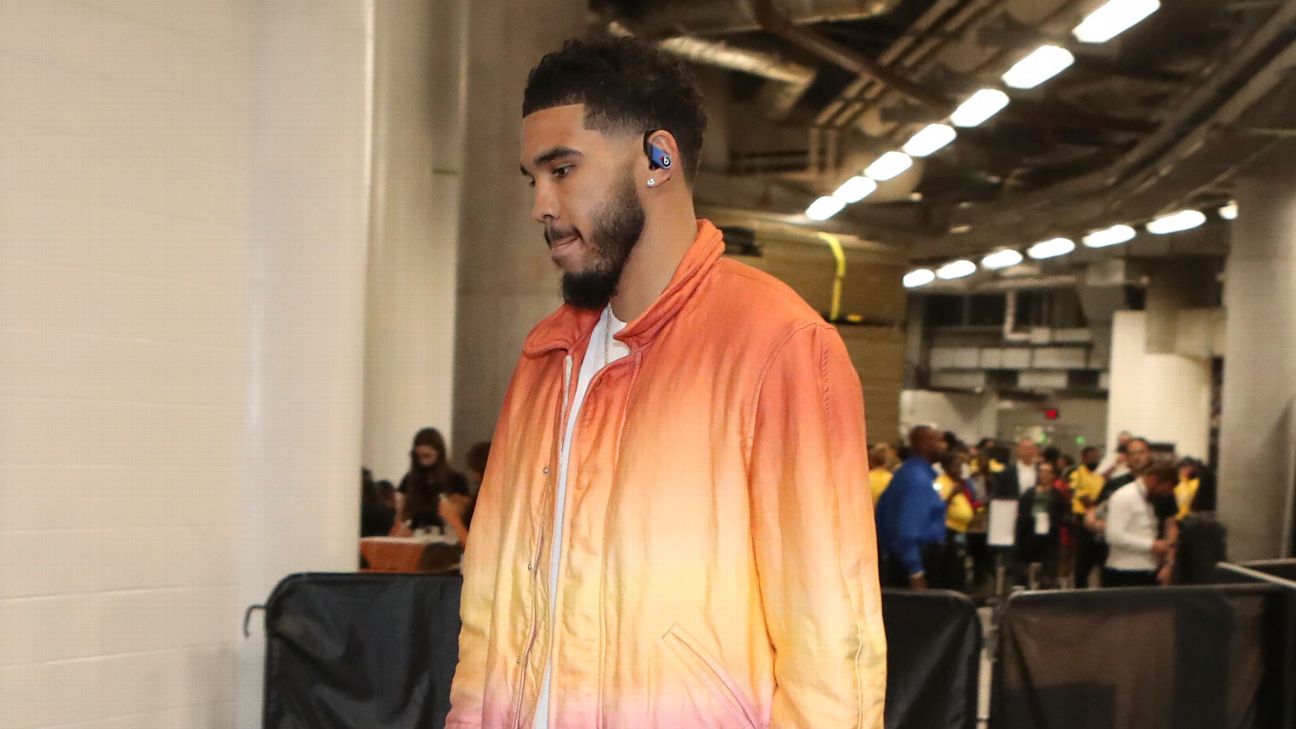 Pregame fashion has become woven into the fabric of the NBA, with some players building a reputation for their wardrobe selections.

The postseason has provided entertaining hoops on the court and eye-catching fits from players off it. Stars have shown up in various attire such as boxing robes, vibrant coats and sweaters. Suits, stuffed animal accessories and luxury fashion brands also have made appearances on the pregame runway during these playoffs.


Here's a round-by-round look at some of the more stylish clothing worn by NBA players this postseason:

Tatum and the rest of the Celtics looked cool and collected ahead of a deciding Game 7 in the Eastern Conference finals.

Tatum spent one season at Duke, helping the Blue Devils win the ACC tournament and reach the NCAA tourney. Before Friday's series-clinching Game 6 against the Miami Heat, he rocked a graphic T-shirt that had former Duke coach Mike Krzyzewski pictured on it.

Williams' clothing ahead of Game 5 featured several Celtics legends. Bill Russell, Paul Pierce, Larry Bird and Kevin Garnett are among those printed on the shirt.

GOAT energy only. Tatum turned up at TD Garden in a Michael Jordan shirt and MJ vs. Kobe Bryant pants. If this fit could talk, it would probably say, "About to drop a 50-piece."

Tucker is known for his stylish fashion choices, and he rocked the Flower Flock Pyjama set from Louis Vuitton before his Heat faced the Celtics. The shirt is priced at $2,360 on LV's site.

Poole has had a breakout season, earning him the nickname "Poole Party" to complement Stephen Curry and Klay Thompson's Splash Bros. moniker. Ahead of Game 2 against the Mavericks, he donned a Poole Party graphic T-shirt along with some camouflage pants.

Tatum's look ahead of his matchup with the Heat on Thursday featured a star-patterned jacket-pants combination and neckwear with a shiny pendant.

Ahead of a potential series-clinching Game 6 against the Sixers, Butler rocked a tracksuit with the logo of his coffee brand, Big Face, pictured on the back. The bucket hat was a nice addition to the all-black fit.

Before Game 5 against the Warriors, Adams and Jones went extremely casual with some old-school Grizzlies looks.

Ahead of Game 5 against the Dallas Mavericks, Paul wore a shirt with Phoenix Mercury star Brittney Griner, who has been detained in Russia since February, pictured on it. The Suns also showed their support for Griner with decals on the court.

Sometimes, basketball and football worlds overlap, and such was the case when Pinson showed love to his alma mater, arriving with a North Carolina Tar Heels letterman jacket and matching helmet.

The 17-season veteran decided to don an all-leather fit on his 37th birthday.

Black was the color of choice for the NBA's all-time 3-point leader heading into Tuesday's game, with his coat looking extra roomy.

Tatum arrived at TD Garden on Tuesday sporting a jacket with numerous college logos. One of the featured decals is his alma mater, the Duke Blue Devils. Some other team emblems stitched on the piece include the Kentucky Wildcats, UConn Huskies, UCLA Bruins and Georgetown Hoyas.

After the game, Grizzlies teammate Dillon Brooks pitted his outfit against Jackson's.

"First off, before you guys start, who has the better fit: me or Trip [Jackson]?" Brooks said.

Jackson's fit didn't win over Brooks, per the reporters. The 22-year-old didn't seem bothered by the outcome.


Ahead of the Bulls' win-or-go-home contest against the Milwaukee Bucks, DeRozan honored Illinois music artist Juice WRLD with his outfit. The Chicago guard wore a Juice WRLD Galaxy Hoodie made by fashion company Vlone. Juice WRLD, whose real name is Jarad Higgins, died of a drug overdose in December 2019.

Ahead of Friday's matchup against the New Orleans Pelicans, Paul put together an impressive suit combination. Quite the color choice.

Ibaka has been an NBA fashion guru during his 14-year career, especially with his striking scarves during his days with the Toronto Raptors. His eccentric fashion made another appearance heading into Game 3 against the Chicago Bulls. The casual fit featured a brim hat, cardigan and a handbag.

Smart won the NBA's Defensive Player of the Year award Monday, the first time a point guard has secured the honor since Gary Payton during the 1995-96 season. Given it is Smart's first time winning DPOY, he donned a special robe that signified his accomplishment entering Game 2 against the Brooklyn Nets.

Harden is no stranger to luxury couture. Last year, he was seen at Paris Fashion Week and was named to the board of Saks Fifth Avenue.

Ahead of his playoff debut with the Sixers, he sported the Louis Vuitton Blue & White "Puppet" Varsity Jacket. The colorful, crocheted stuffed figures pinned on the coat really make the jacket stand out.


Maxey wore No. 3 before being drafted by Philly, but since that number is retired in honor of Allen Iverson, he had a decision to make.

"All my life, I've worn 3. Couldn't get that one here," said the first-round pick.

He paid tribute to the Sixers legend by wearing an Iverson jersey that featured several photos of the Basketball Hall of Famer.

Some players have an adventurous take on fashion, while others opt for the classic suit-and-tie look. With a little personalization, these Jazz stars had no issues rocking the tried-and-true combination.

Clarkson donned a white Midnight Studios button-up shirt with a black tie and slacks, with the leather harness adding a modern spin on an old classic.

Bogdanovic chose a more traditional route with his all-black ensemble and a pocket square that provided a splash of color.

After missing a month because of a foot injury, Curry returned to the Warriors' lineup on April 16 against the Denver Nuggets. The coat he wore in his first game back took vibrancy to a new level. 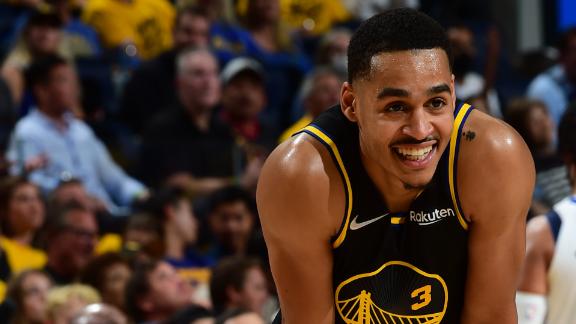