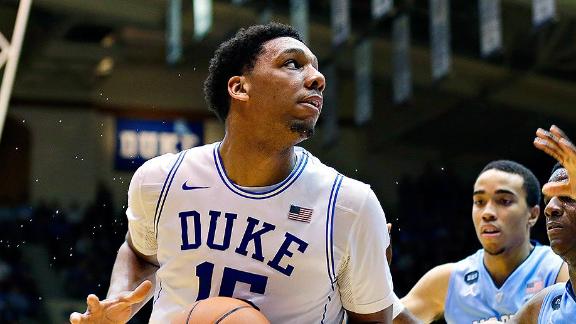 MIAMI BEACH, Fla. -- An attorney for the union representing NBA players strongly indicated Thursday that the association will want players to again have the age limit for going pro lowered in the next round of collective bargaining.

National Basketball Players Association general counsel Gary Kohlman said "quite likely the union will be taking a radically different position" than the NBA on the age issue, which will almost certainly be a contentious point between the sides when they sit down.

Kohlman made the remarks while appearing on a panel about college athletics at a sports law conference sponsored by the firm Cozen O'Connor.

NBA commissioner Adam Silver has often said he favors a model where the age limit for entry into the league is actually raised from 19 to 20 in the next labor deal. Kohlman's comments made it clear that the NBPA is opposed to that notion, and he said forcing so many players to attend college for a year before turning pro "is completely ridiculous."

The NBA did not respond to Kohlman's remarks, though Silver has been on record several times explaining why he would prefer to see the age limit increased.

"I think it would be much better for the game if the minimum age were 20 instead of 19," Silver said at All-Star Weekend last month. "Having said that, I do understand the other side of the issue. While the union has stated its view that they want to keep it at 19, we haven't entered collective bargaining. We haven't sat across the table and discussed it with them."

Under the current rules, players must turn 19 in the draft's calendar year to be eligible and, in the case of American players, also be one year removed from high school. The union sought to make the age limit 18 in the last round of negotiations in 2011; the league wanted it to go to 20 then as well.

Kohlman used the example of how LeBron James was able to enter the NBA straight from high school, noting that he's now a vice president in the union. "He gets it," Kohlman said.

Kohlman added that union head Michele Roberts "believes in capitalism," and he essentially asked why talented young athletes and talented young entertainers aren't both able to maximize their financial potential.

"Capitalism means that if you're 17, 18 years old and you're a geek and you want to drop out of college and invent Apple or something else, you can do it," Kohlman said. "In this country, you can do that. And there's nothing stopping you from doing it. If you're an unbelievable blues singer at 17, 18, 19 years old, you can go out and make a fortune."