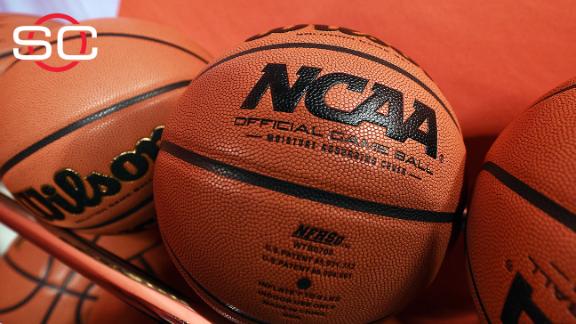 College underclassmen will now have the opportunity to return to school even after declaring for the NBA draft, if a new proposal sponsored Wednesday by the NCAA men's basketball oversight committee is adopted by the membership in January.

The decision by the committee Wednesday in Indianapolis could be a watershed moment for college underclassmen and their coaches if players opt to return to school. Committee chair Dan Guerrero, who is also the UCLA athletic director, told ESPN that if the proposal is implemented it would be in place for the 2016 draft.

Under the proposal, which was a coordinated effort by the NCAA, the National Association of Basketball Coaches and the NBA, underclassmen would be allowed to attend the Chicago pre-draft combine in May, get evaluated by team personnel and given a true reading on their draft status. The players would then be able to decide if they wanted to stay in the draft or return to school. They couldn't sign with an agent, though.

The current draft rules don't allow a player to return to college once he officially declares for the NBA draft. The NBA would still have an early entry deadline of late April and an official withdrawal date of 10 days before the draft, as per the collective bargaining agreement. But the NCAA would then have its own withdrawal date moved up from the week after the Final Four to sometime in mid-to-late May.

The new proposal would allow underclassmen to wait up to 10 days after the conclusion of the NBA draft combine in Chicago. The combine was May 13-17 this season. That means underclassmen would have until the last week of May to withdraw from the NBA draft.

The proposal also would allow underclassmen to declare multiple times for the draft during their career. They could also go for one NBA team workout in addition to the NBA-sponsored combine in a given year.

"This is a positive development for student-athletes exploring their professional dreams," said Dan Gavitt, NCAA vice president of men's basketball. "This would give prospects and their families more appropriate time and unbiased info from the NBA to make important decisions. And it would probably lead some to go back to school."

Kentucky coach John Calipari said when this proposal was originally floated that it was "one of the best things" the NABC has done. The ACC coaches initially proposed the current legislation to have one draft date for the NCAA which was different from the NBA's date. The coaches at the time complained that they wouldn't know if their players were returning until too late in the spring recruiting process to replace them.

But there has been a shift by college coaches, seeing now that the players want to test the draft process. This legislation is being billed as a positive for player development and players' rights.