New-look Raiders to be featured on 'Hard Knocks' 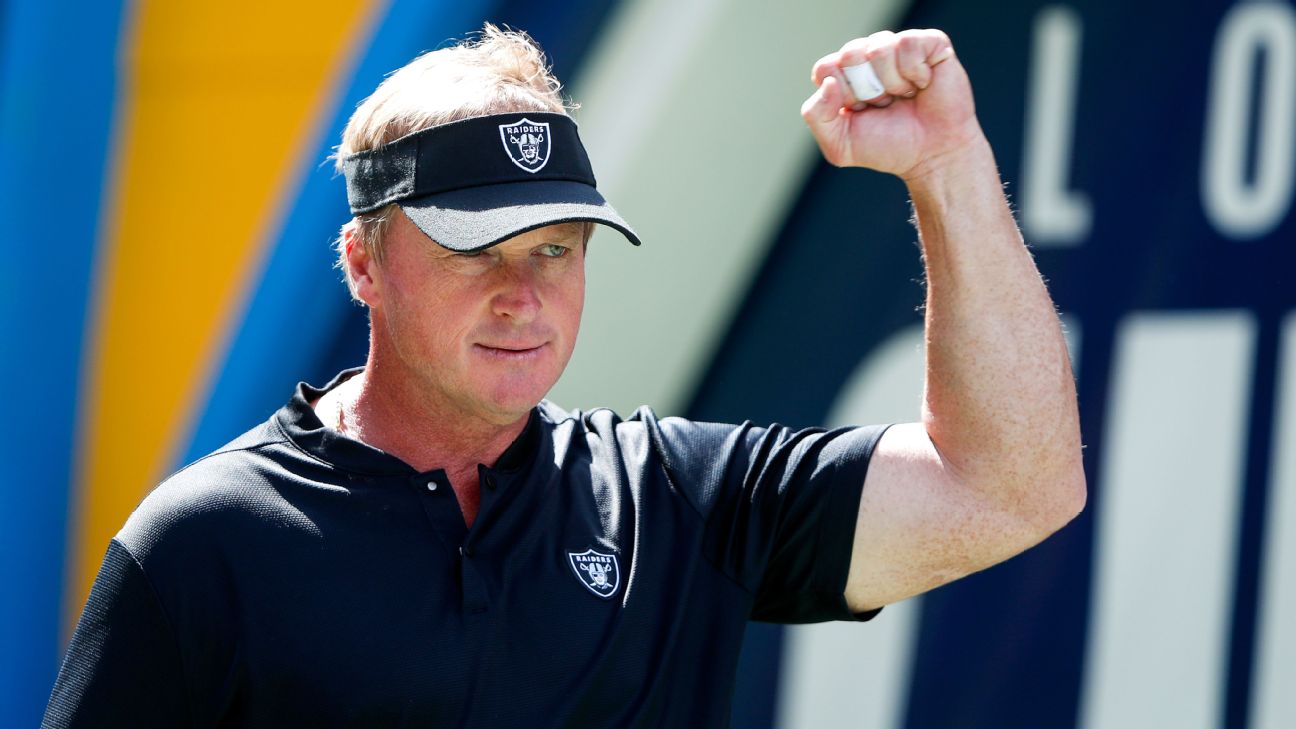 ESPN
By Paul Gutierrez
ALAMEDA, Calif. -- What is supposed to be their final training camp as the Oakland Raiders before next year's planned move to Las Vegas will be documented like never before, as the team announced Tuesday that it will star in HBO's "Hard Knocks" come August.

While owner Mark Davis and coach Jon Gruden have aired their displeasure at the notion of cameras peering into their privacy -- Davis jokingly told ESPN in March that he would rather fire Gruden than subject the team to the voyeuristic show -- both put up resigned faces.

"Everybody wants to be a Raider," Davis said in a team-issued news release. "Now they'll find out what it takes to become one."

Earlier Tuesday, at the start of a three-day mandatory minicamp attended by everyone on the roster, Gruden was highlighting his three first-round draft picks in defensive end Clelin Ferrell, running back Josh Jacobs and safety Johnathan Abram.

"Who knows? Maybe 'Hard Knocks' will come and cover that," Gruden said through a grimace. "That'd be awesome, wouldn't it?

"We are trying to worry about this team, this week. We've got a lot of adversity we're facing right now with this team. We got a lot of distractions. I think we are playing in three countries. We've got about two months without a home game. We are in a process of moving. And we are going to try like crazy to keep all of our best players as we head to Las Vegas."

The Raiders could provide the HBO show with a treasure trove of storylines: From polarizing receiver Antonio Brown, who was acquired from the Pittsburgh Steelers, to middle linebacker Vontaze Burfict, who was voted the dirtiest player in the game a few years ago while with the Cincinnati Bengals, to left guard Richie Incognito, whose list of run-ins with teammates and the authorities is as long as his list of on-field accolades, to quarterback Derek Carr, who is entering what many see as a make-or-break season, to undrafted rookie defensive tackle Ronald Ollie, who already had a star turn in 2016 on Netflix's "Last Chance U."

"It's a hard knock life for us," Brown tweeted, before adding: "Get your popcorn ready."

As Gruden noted, the Raiders are in a lame-duck transition year. They are leaving Oakland for the second time, having called Los Angeles home from 1982 through 1995. Gruden is already a TV star from his nine years in ESPN's Monday Night Football booth, and general manager Mike Mayock spent 14 years as an analyst for NFL Network.

All the show is missing is Marshawn Lynch, who was not re-signed by Oakland.

The other candidates for "Hard Knocks" this year were the San Francisco 49ers, New York Giants, Detroit Lions andWashington.

Redskins coach Jay Gruden lobbied for the show to chronicle his older brother's team in May.

"If they were smart, they would go to Oakland," Jay Gruden said. "What an entertainment value that would be: Antonio Brown, Jon Gruden, Paul Guenther, Vontaze Burfict, [Richie] Incognito. You'd be crazy not to go to Oakland. You can do us next year."

HBO's cameras will get a peek at two days of joint practices with the NFC champion Los Angeles Rams in Napa. The Raiders and Rams will scrimmage on Aug. 7 and Aug. 8 before opening the exhibition season against each other on Aug. 10 at the Oakland Coliseum, a source told ESPN. 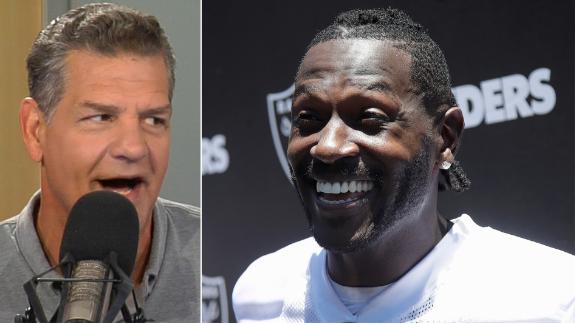 Golic: The Raiders are a great choice for 'Hard Knocks'
Mike Golic is excited to watch the Raiders on HBO's "Hard Knocks" and Oakland fan Jason Fitz wants a chance to appear on the show.
Report a correction or typo
Related topics:
sportsespnnfloakland raiders
Copyright © 2020 ESPN Internet Ventures. All rights reserved.
More Videos
From CNN Newsource affiliates
TOP STORIES
Man pays $1000 to get dog back after smash and grab in SF
Missing couple found: Meet the Marin County volunteers who helped saved their lives