Newton thankful 'to see another day' 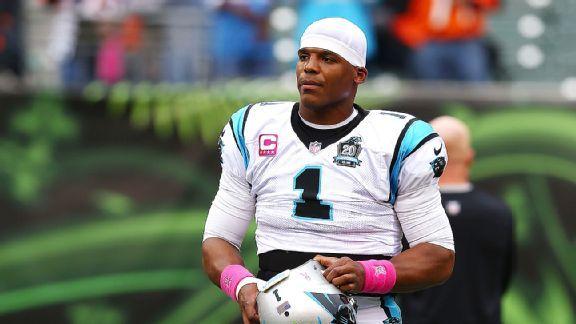 CHARLOTTE, N.C. -- Carolina Panthers quarterback Cam Newton said he is thankful to be alive after a car accident Tuesday.

"I do not know where to begin because by the look of that picture soMEone is supposed to be dead or severely injured worse than what I am right now!" Newton wrote. "While I am resting up the thought that keeps flashing in my mind is that GOD IS GOOD and someone has there protective hands on my life shielding me from any danger that may come my way!

"I thank you to the people who have been keeping me in there prayers and well wishes for a speedy recovery!"

Newton was not at fault in the two-car crash involving him and another driver near the team's stadium in Charlotte, police said earlier Wednesday.

The Charlotte-Mecklenburg Police Department said Newton was traveling at the posted speed limit of 35 mph when the other driver pulled out in front of him. No citations were issued.

Newton will not start Sunday's game against the Tampa Bay Buccaneers, coach Ron Rivera said Wednesday. Derek Anderson will get the call instead.

"And as that crash constantly plays back in my mind every time I close my eyes, I can't go another day without me THANKING GOD for the opportunities he has given me in my life and this accident puts ALOT of things in perspective of what's important and what's not!" Newton wrote on Instagram.

"So if you read this I challenge you to L1VE life to the fullness everyday!"

Newton was held at Carolinas Medical Center overnight for testing and observation. He was discharged from the hospital Wednesday morning.

Panthers spokesman Charlie Dayton said Wednesday that Newton was thankful for the care he received and was stiff and sore, but otherwise "his spirits were high." Newton left the hospital with his family and will stay with them while recuperating. He was not at the team's facility Wednesday.

"That will be determined really on a day-to-day basis, and we'll see how fast the soreness goes away," Dayton said when asked when Newton will return to the team. "He'll start the recuperation process today."

Anderson led the Panthers to a 20-14 victory over the Buccaneers in Week 1 while Newton sat out with fractured ribs.

Anderson took first-team snaps in practice Wednesday, and Joe Webb was preparing to be the backup.

Tuesday's accident took place around 12:30 p.m. ET, according to Charlotte police. Both Newton and the driver of the other vehicle were taken to the hospital with non-life-threatening injuries.

In his fourth season, the former No. 1 overall pick has thrown for 2,812 yards, run for 425 yards and accounted for 19 total touchdowns this season (16 passing, three rushing) to go along with 11 interceptions for a Panthers team that remains in the hunt for the NFC South division title despite a 4-8-1 record.

On Wednesday, Newton was named the NFC offensive player of the week after throwing for 226 yards, running for 83 and accounting for four touchdowns in a Sunday win against the Saints.

Newton Released From Hospital
Marty Smith provides the latest on Cam Newton's health after being involved in a two-car accident.

Panthers Give The Ball To QB Derek Anderson
ESPN Panthers reporter David Newton discusses how the Panthers, who still are alive in the playoff hunt, will rely on quarterback Derek Anderson to fill in for Cam Newton, who is recovering from Tuesday's auto accident.

Newton Suffers Back Fractures In Car Accident
Panthers director of communications Charlie Dayton reveals that Carolina QB Cam Newton has two fractures in his lower back following a two-car accident near the team's stadium.

Severity Of Newton's Injury
ESPN injury analyst Stephania Bell explains the severity of Panthers QB Cam Newton's two fractures in his lower back and how long it generally takes for the injury to heal. 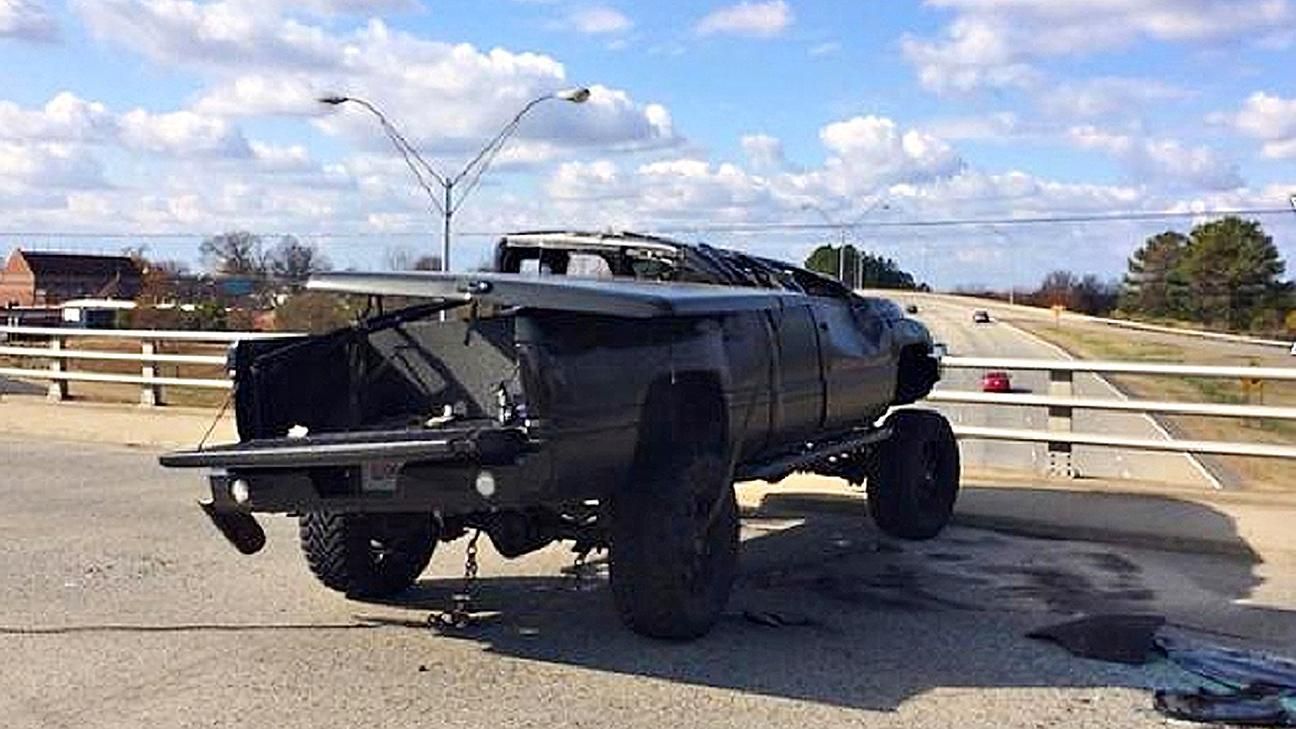