NFL divisional round: Could cold be a factor for San Francisco 49ers vs. Green Bay Packers playof... 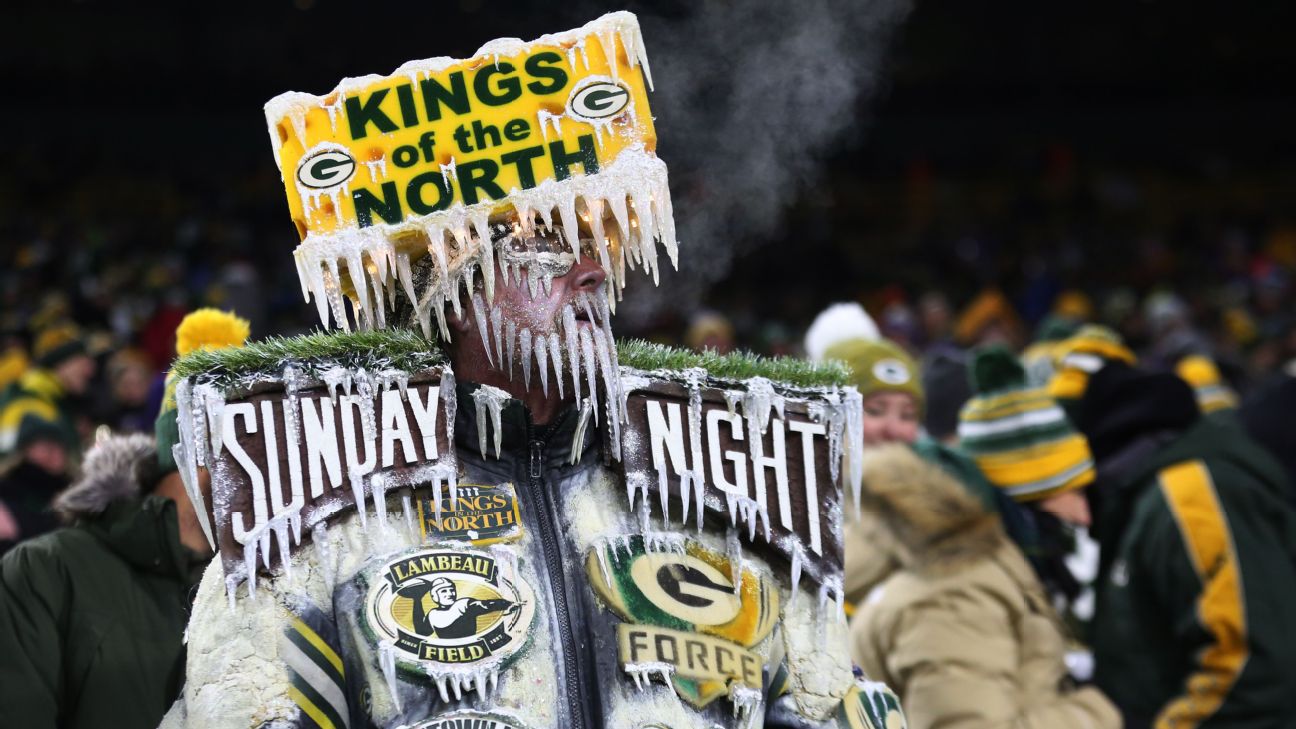 GREEN BAY, Wis. -- For much of their storied history, the Green Bay Packers were unbeatable at home in the postseason.

The Packers, buoyed by the minuscule temperatures of the "frozen tundra," won each of their first 13 playoff games at Lambeau Field. Some of that mystique has worn off since the Packers suffered their first home playoff loss to the Atlanta Falcons in 2003, as they have gone 7-6 since the undefeated start.


Green Bay's next chance to win a home playoff game comes Saturday night in the NFC divisional round when quarterback Jimmy Garoppolo and the San Francisco 49ers visit Lambeau for the first time in the postseason since Jan. 5, 2014.

Read more: Best bets for the divisional round

Whether weather really matters in a game such as this was a popular topic this week as the Niners prepared for the Packers. That was especially true for Garoppolo, who, according to ESPN Stats & Information research, has not thrown a pass in an NFL game with kickoff temperatures below 40 degrees.

By kickoff Saturday night (8:15 p.m. ET), the temperature, according to weather.com, is expected to be around 10 degrees and dropping through the evening, though it's not likely to make the top 10 list of the coldest games. For point of reference, the last time the 49ers played a playoff game in Green Bay, the kickoff temperature was 5 degrees.

Since 2014, 101 quarterbacks have started a game with kickoff temperatures below 40 degrees, which means this will be Garoppolo's first, at least in the NFL. Not that he's too concerned about it.

"I've lived in it my whole life, so there's just different ways [to get ready for it]," Garoppolo said. "I think people who have grown up in it and played in it for a long time, there's ways to prepare for it, things that you kind of know going into it. I think our team, we have a good mindset going into this thing and we know what it's going to be like on Saturday, so it'll be a hell of an atmosphere."


Before Saturday, the closest Garoppolo has come to throwing a pass in what is loosely defined as a "cold weather" NFL game was during his time as the backup to Tom Brady with the New England Patriots. The Patriots had 13 games with a kickoff temperature below 40 degrees during his tenure, but he played only three snaps in those games, all of which were kneel-downs.

Despite that, Garoppolo is no stranger to playing football in cold weather. He grew up in Arlington Heights, Illinois, just three hours from Green Bay, and spent his high school and college (Eastern Illinois University) careers regularly playing in the cold. Most recently, that included a pair of FCS playoff games in 2013 that had an average low of 8 degrees on those days. Garoppolo threw for 561 yards, five touchdowns and an interception in those contests combined.

On the other side, Packers QB Aaron Rodgersis 34-12 since 2014 in games played below 40 degrees. His playoff record for such games is 4-1.

Of more importance for Garoppolo is how the weather affects his injured right (throwing) thumb and shoulder. He has a torn ligament in the thumb and a sprained shoulder. The cold combined with those two injuries could affect Garoppolo's ability to grip the ball and will be worth watching when he takes hits.

Garoppolo suffered the shoulder injury last week against the Dallas Cowboys and said it had an impact on every throw he made after it happened, not unlike the searing pain he feels in his thumb after any throw.

"It's a shoulder injury, so any type of throw you're going to feel it and it's going to change things," Garoppolo said. "It's just similar to when I was first dealing with the thumb, my body's just learning and I have to adapt to it."


As for the rest of the 49ers, the thought of cold weather doesn't seem to faze them much. Coach Kyle Shanahan acknowledged that he doesn't "do well" in cold but said it's up to individual players on how to handle it themselves, whether that means wearing long sleeves, long underwear or whatever else is available to try to keep warm.

"The weather is cold out there, but that's no reason to affect a game," Shanahan said. "Wind is a much bigger factor. Rain is a bigger factor."

Tight end George Kittle harked back to 2013, when he was at Iowa and the Hawkeyes played Michigan on a day that was minus-28 degrees with the wind chill.

Kittle offered some tips on how best to handle it all.

"My key to staying warm is just to play, play a lot of snaps and so you keep your blood going," Kittle said. "The heated seats and the heaters on the sideline are probably really nice. But hey, it's football, you can't really use the cold as an excuse." 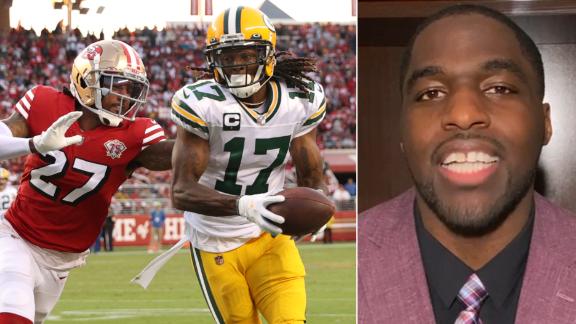