NFL planning to hire 17 full-time officials, boost crews from 7 to 8 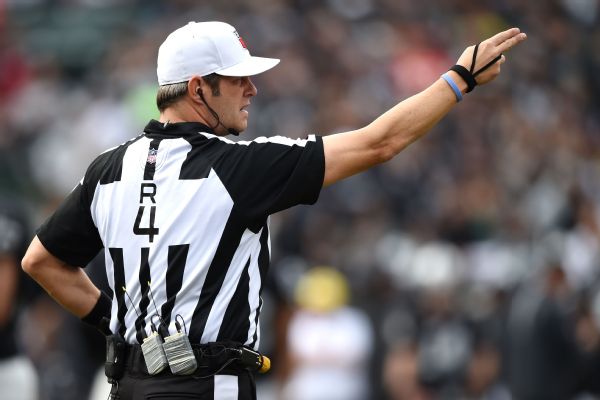 BUFFALO, N.Y. -- Get ready for some full-time NFL officials to start throwing yellow flags next year.

Troy Vincent, the league's vice president of football operations, told The Associated Press on Thursday that he expects the NFL to hire as many as 17 full-time officials this offseason.

The additions are allowed under the collective bargaining agreement and would increase the size of officiating crews from seven to eight, Vincent said during a visit to Buffalo.

"This is a topic of discussion daily," he said, noting the league will need to consult with the NFL Referees Association.

Vincent said the league is already receiving input from coaches, general managers and owners. And, he said, hiring full-time officials and discussions to expand replay reviews top the agenda of the NFL's competition committee, which is scheduled to meet in February following the Super Bowl.

Currently, NFL officiating crews are part-time staff and hold jobs outside of football.

Vincent says having full-time officials would allow the NFL to spend more time on training and consultation on a year-round basis.

What has yet to be decided is where the additional official would line up on the field. One proposal is to introduce a middle sideline judge to monitor interior defensive line penalties. Another is to have the official oversee hits to the quarterback.

Vincent said the league is studying the officiating model recently adopted by college football's top conferences, which now have eight on-field officials. The Big 12 started the experiment by using eight in 2013, with other conferences following suit a year later.

Last season, the NCAA approved the use of eight on-field officials for all levels of football.

The NFL's collective bargaining agreement includes a clause allowing the league to hire no more than 17 game officials as full-time employees as of the 2013 season.

Vincent said the league has used that time to study potential options to improve officiating, including through replays or adding administrative staff.

Citing NFL statistics, Vincent noted the league's current officials have an accuracy rate of more than 97 percent. It's only during those few occasions where a gaffe is magnified, he said, that they get so much attention.